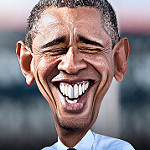 We live in such a cynical, angry, contentious political climate that there’s a popular meme circulating and reproducing itself like a virus with every blustery speech on the campaign trail: We’ve lost our way; America is hopelessly gridlocked, wayward, paralyzed. The only hope for our country, of course, is if the candidate describing this abysmal state of affairs is elected and can thus wave a magic wand, turn three times in each direction, stomp both feet and wipe out all of our problems (ISIS, the immigrants, the atheists, Wall Street tycoons…).

This is a far cry from the themes that permeated then-candidate Obama’s rhetoric on the campaign trail eight years ago. Sure, he sounded a few pointed barbs at the way things were, but his predominant message and tone was about how things could be.

Not deriding the country’s deficiencies but pointing the way to still more improvements before we could fully realize the dream of liberty and justice for all.

Obama was not the least bit hesitant to cite his audience’s emergent elitism as black college graduates, suggesting they cultivate almost a sense of noblesse oblige that will require more of them than mere bluster and complaint…

That theme of forward-thinking hope undergirded with the challenge to become still better than we are was fully on display at the graduation speech Obama delivered last week to the Howard University graduating class of 2016. The speech carried important messages beyond the usual bromides of living your dreams and going forth with gusto and panache to save the world.

It was worthy not least for the gauntlet it threw down for idealistic liberals, a cohort that we can confidently assume dominated the audience at the historic African American university founded just two years after the end of the Civil War.

Sure, Obama gushed with praise for the grads and loosened them and himself up with some light-hearted patter that called on their shared cultural roots in the black experience. But then he took aim at the station they have arrived at in life, their great fortune at being born in the time and place they were, with so many having struggled for so long to confer that fortune upon them:

“I wanted to start, Class of 2016, by opening your eyes to the moment that you are in. If you had to choose one moment in history in which you could be born, and you didn’t know ahead of time who you were going to be—what nationality, what gender, what race, whether you’d be rich or poor, gay or straight, what faith you’d be born into—you wouldn’t choose 100 years ago. You wouldn’t choose the fifties, or the sixties, or the seventies. You’d choose right now. If you had to choose a time to be, in the words of Lorraine Hansberry, ‘young, gifted, and black’ in America, you would choose right now…I tell you all this because it’s important to note progress. Because to deny how far we’ve come would do a disservice to the cause of justice, to the legions of foot soldiers; to not only the incredibly accomplished individuals who have already been mentioned, but your mothers and your dads, and grandparents and great grandparents, who marched and toiled and suffered and overcame to make this day possible.”

Obama was not the least bit hesitant to cite his audience’s emergent elitism as black college graduates, suggesting they cultivate almost a sense of noblesse oblige that will require more of them than mere bluster and complaint, more than bellicose rants about persistent racism, more than trying to block the opposition at every turn with arguments based on equal parts outrage and moral superiority. 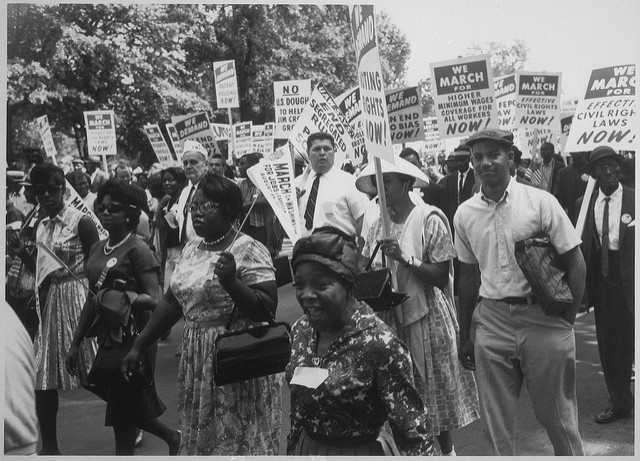 It was a message that would do well to fall on the ears not only of the graduating seniors at Howard, but of every supposedly broad-minded liberal who identifies with virtues of compassion and questioning, hope and humility, and willingness to put and keep a shoulder to the very slow-grinding wheels of justice.

After running through an impressive litany of all the ways life is better in both the United States and the wider world since his own college graduation in 1983, Obama got down to the hard business of challenging his audience to do the hard work of justice-seeking. And to do so without whining, ranting, or turning a deaf ear to the concerns of those who oppose you or simply aren’t part of your racial or cultural cohort.

“We must expand our moral imaginations to understand and empathize with all people who are struggling, not just black folks who are struggling—the refugee, the immigrant, the rural poor, the transgender person, and yes, the middle-aged white guy who you may think has all the advantages, but over the last several decades has seen his world upended by economic and cultural and technological change, and feels powerless to stop it. You got to get in his head, too.” 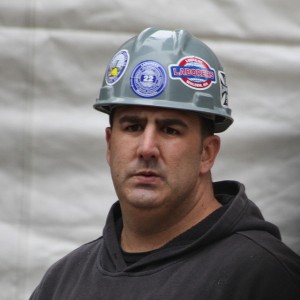 This is not an inconsiderable challenge in the political climate of 2016. In her comment on my post last week on Donald Trump, reader Joan Voight suggested the more interesting and perhaps more important story of this season is not Trump himself, but the Trump voters. What are they about?

I know the stance many Trump opponents take in viewing his backers: they’re idiots. And racists and sexists and xenophobes.

Well, all candidates have their fringe. But reality, including the reality inside any given voter’s head, is always more complicated than that. And self-righteous judgmentalism doesn’t go far in today’s world. (Just ask Ted Cruz.)

Obama implores his audience to go deeper than insult and umbrage:

“You have to go through life with more than just passion for change; you need a strategy. I’ll repeat that. I want you to have passion, but you have to have a strategy. Not just awareness, but action. Not just hashtags, but votes. You see, change requires more than righteous anger. It requires a program, and it requires organizing.”

He then goes on to urge them to wear out their shoes but not their hearts by getting out into the community, getting out the vote, writing letters and calling local politicians to affect local issues. All of these the small, everyday works of democracy that add up to such a big difference in the long struggle that every important aspect of justice requires.

Shoulder the burden of your intelligence and inheritance, make the most of the responsibility they confer upon you.

“Get into the head” of those who seem worlds away, who occupy foreign ground, whose desires and expressions may conflict markedly with your own.

It’s a typically broad-minded paean to true liberalism, requiring qualities of character and forbearance not widely on display in these bellicose times. Which makes it all the more relevant and important for a class that is marching off to new ventures just as this president of tireless moral vision and dogged, patient hope is preparing to do the same.

***
Watch the entire 45-minute speech below, but if you’re pressed, here’s the full text, which won’t take you nearly as long: http://www.politico.com/story/2016/05/obamas-howard-commencement-transcript-222931

Come on, pop your head into this blog’s public page on Facebook for daily, 1-minute snippets of wisdom and other musings from the world’s great thinkers and artists, accompanied always by lovely photography. http://www.facebook.com/TraversingBlog

March on Washington photo courtesy of the Archives Foundation, some rights reserved, see more at: https://www.flickr.com/photos/archivesfoundation/