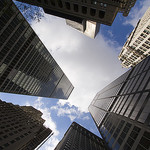 What happened, as the gifted Lewis (Moneyball, Liar’s Poker) reveals, shows just how little control Obama and all other politicians have of a capitalist financial culture that resembles the Wild West in its frontier mentality of every-conniving-man-for-himself, forever rewarding the most cunning and brilliant new strategies for separating others from their money.

Sure, politicians will announce themselves shocked, shocked! by what has transpired. They will huff and puff during special congressional hearings, promising that heads will roll and stringent reform is on the way—while also, in the short term, employing the familiar fix of bailing out massive firms with massive infusions of taxpayer funds.

Their nimbleness left all us far slower moving taxpayers standing there, billions of dollars in debt accumulating with our every unknowing blink.

Five years after the latest crash that had the world teetering on the edge of Depression, the stock market again flirts daily with record highs. All of it, however, atop a mountain of debt and the crutch of relentless “quantitative easing” in the bond market. Might something along the lines of the great crash and credit crunch of the early 2000s happen again?

Of course it will happen again. Maybe not this year or next, but these are human beings and human institutions we are talking about, yes? Places where greed and its cousins lurk as eternal verities.

Of all the delicious characters and anecdotes Lewis brings to life in The Big Short, none reveals the depths of the absurdity ruling our financial world at the time than the story of a Mexican immigrant strawberry picker in Bakersfield, California. The man made $14,000 a year for his seasonal work when he was offered and accepted a loan to buy a $700,000 home. 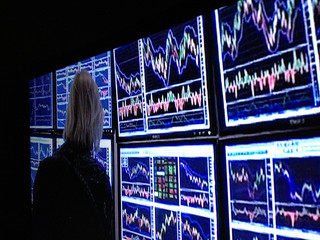 I really can’t think of much else to say in the face of that bald fact: a bank, with a small army of regulators overseeing its every function, was able to offer a person making $14,000 a year a loan of $700,000. No one ever thought there was a possibility the man’s tenure in the home would last long—with the probable exception of the hapless fruit picker himself, who was no doubt assured by his kind and helpful broker that this was indeed possible in America, land of truly amazing opportunity!

So why did the broker and the bank and the reseller and all the others involved in this transaction consent to be party to it? Because there was money to be made by those who moved quickly enough in this game of musical chairs to grab a seat ahead of the coming debacle. Their nimbleness left all us far slower moving taxpayers standing there, billions of dollars in debt accumulating with our every unknowing blink.

Liberals and conservatives both employ curious forms of jujitsu in explaining these events and proposing solutions from their respective camps.

Liberals tend to have the more trusting view of human nature, proposing that with sufficient nurturance and encouragement in a climate of love and acceptance, free human beings will gravitate to the good and cleave to their better angels. Freedom of conscience is a supreme value, unrestrained by what are often regarded as societal mores imposed by the dominant culture. Modern liberals tend to be relativistic in this regard, and they are either less religious or they embrace religions that emphasize expansive and fluid interpretations of traditional texts. 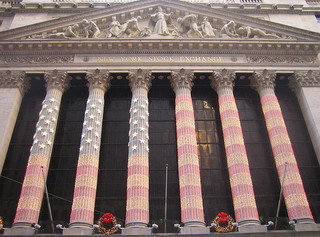 Conservatives tend to view human nature more darkly, with eternal vigilance required in tending the war between good and evil in society at large and within the human heart. “Law and order” play critical roles in helping to police our darker impulses and help bend them toward the light. Conformity to tradition and prevailing societal mores is a supreme value, with rules seen in more absolute, right-or-wrong terms. Modern conservatives tend to be more religious in general and to embrace religions emphasizing strict adherence to the guidelines espoused in traditional texts.

And then we get to the respective views of the two camps regarding the financial world, modern capitalism, and the role of government in its oversight. Now liberals and conservatives both perform 180-degree pirouettes, leading to incessant finger-pointing by both sides that the other is hypocritical in the extreme.

Ah, but to see the beams in their own eyes.

In the policing of financial markets, it is conservatives who trumpet unrestrained freedom, devoid of what they consider oppressive oversight by rulemaking bodies. And it is liberals who decry the dark impulses of greed and call for eternal vigilance in fighting the evil it engenders.

Conservatives want to police your bedroom but allow the markets to make their own decisions on the great financial matters of the day, absent any overlord or stifling regulation that limits their “creativity.”

Liberals don’t care what you do in your bedroom (they’ve seen it all at their local independent cinema) but they want an army of auditors sifting through every ledger notation of every bank across the country.

Conservatives think God is forgotten, sex is rampant and money is stifled.

Liberals think God is oppressive, sex is stifled, and money is rampant.

Looking back through history in general—the wars, the slaughters, the ritualized mayhem—it is hard to argue too strenuously against the conservative critique of humanity: Darkness lurks within, and it needs to be restrained.

That darkness is confirmed in the financial world by the greed and amorality underpinning the 2008 financial crisis, and the 2001 tech bubble before that, and the savings & loan debacle of the 1980s, and the massive frauds perpetrated by Enron, WorldCom, and on and on. We are morally compromised creatures, wanting to do the right thing but often falling short as fear and greed and other temptations lure us into their web. Oh, that devil and his wily ways! 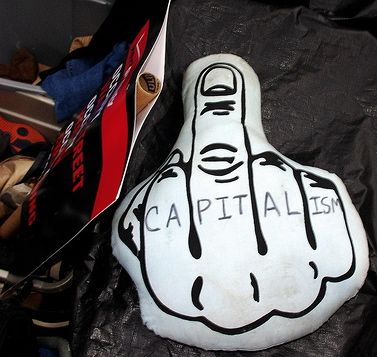 So we need to ask conservatives: Given what you know and espouse about human nature, why would you favor deregulated markets? With the CEOs and boards of giant corporations under intense and relentless competitive pressure, why wouldn’t they need constant oversight to keep them on the relatively straight and narrow? Are you even remotely serious that corporations and their financiers can be trusted with “voluntary compliance” to various regulatory standards?

So we must ask liberals: By espousing tightly regulated markets, haven’t you essentially bought the darker conservative view of human nature? How does that square with your optimistic and trusting outlook that most human beings will do the right thing if given the chance? Can’t rich corporate types be moral, too?

Liberals want to watch bankers like hawks but often go all soft and sympathetic on welfare fraud. Conservatives watch every food stamp transaction at the checkout stand to make sure the recipient isn’t buying cigarettes with the leftover cash—while imploring regulators to get off capitalists’ backs so the “magic” of the free market can be unleashed.

If you’re not at least slightly troubled by cradle-to-grave welfare that seems to be creeping slowly  into economies across the globe, with growing swaths of people simply disinclined to get and hold a job, then you’ve probably never run a business or grappled with a large budget.

Just money making a lot more money—with huge and increasing swaths of it landing in the pockets of elites.

If you’re not more than slightly troubled by the startling rise in income disparity over the past 50 years, or if you tend to attribute it to wealthy people simply working harder than poor n’er-do-wells, then you were likely born on third base in your life, and rather than being humbled and appreciative of that fact, you gloat and scorn those still mired in the batter’s box.

What is perhaps most striking about The Big Short in this regard is the staggering amounts of money that are collected from the Joe and Jane Schmoes of the world, packaged together and entrusted to a largely amoral world of finance where greed is the only consensus norm, and then spent, casino style, on massive bets by individuals whose wrong or simply ill-timed choices are then backed by the full blind faith and limitless credit of the U.S. government (also known, dear reader, as you and me).

And these instruments that Lewis so exhaustively chronicles—“collateralized debt obligations,” “credit default swaps,” “derivatives”—are about people packaging, slicing, dicing, repackaging and moving money around the globe via clicks on computer screens.

Money going through various exotic processes to reproduce itself.

No houses got built by the people at the controls of those processes. No trucks moved with a load of toys, no seeds were planted or lawns mowed or stores opened or gas shipped to refineries. Just money making a lot more money—with huge and increasing swaths of it landing in the pockets of elites.

Can any kind of society—leaning left or right or straight down the middle—long survive the hegemony of such an exotic priesthood wielding mysterious instruments, their hands unblemished by actual labor and their hearts and minds absent any sensibility of the common good?

History might take longer than many of us have to render a final verdict on that question. But I am not liking the fact that we even have to ask it.

***
Michael Lewis is all over You Tube, and all of it is worth a listen, but this brief commencement speech at his alma mater of Princeton University is a model of humility and helpful reminder of the luck and obligation that rests in all successful lives.

Many thanks to the photographers: rotating banner shots top of page courtesy of Elizabeth Haslam, some rights reserved under Creative Commons licensing, see more at: https://www.flickr.com/photos/lizhaslam/

6 comments to Liberals, Conservatives and “The Big Short”