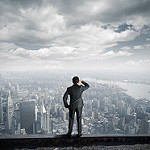 I can distinctly remember the internal commentary going on in my mind at the time as I moseyed in leisurely fashion through typical middle class neighborhoods of well-appointed tract homes, of the three-and-four-bedroom variety, with double garages on relatively small lots. They were workers’ homes, “owned”—at least until the banks stated reclaiming them—by plumbers and teachers and shop owners and radiology techs. Homes that had sold for $200,000 at the turn of the millennium but were now at $500,000 and $600,000 and more (and seemingly ratcheting up in value every month).

Almost invariably, there were expensive toys all over the properties—shiny new trucks and boats and jet skis galore, the garages crammed with more toys to complement them.

And I remember thinking repeatedly about how none of the math added up here. Those mortgages, those truck and boat payments, the expenses for the multiple children racing around on scooters and skates, didn’t match against the prevailing salary ranges I knew a good portion of those residents labored within.

I’d go home to my family on these occasions and find myself repeating what became an all-too-famiilar refrain: “This can’t go on.” 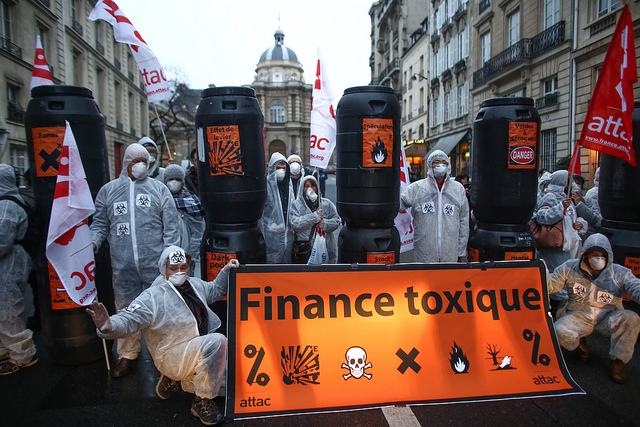 Michael Lewis, author of the rollicking good read upon which the even more rollicking current movie is based, showed in glorious-but-dark detail why it couldn’t go on, why the whole financial edifice that allowed for legions of modestly compensated workers to claim immodestly priced homes and toys was built on the sleight-of-hand of imaginative Wall Street wizards.

…Selena Gomez at a card table in Las Vegas, jauntily explaining the house of cards on Wall Street that saw bets upon bets being placed on ‘bundled’ mortgages, the individual elements of which were based on credit that was, in the oft-repeated phrase of the movie’s protagonists, “shit, just pure shit.”

These wizards built vast empires of imaginary wealth via arcane instruments—“collateralized debt obligations, tranches, sub-prime mortgages, oh my!”—that ultimately came crashing down, leaving the American economy in shambles, the housing market decimated, and millions of families forced to migrate on from their two-story ranch homes to crammed apartments or to the in-laws in a modernized version of The Grapes of Wrath.

There was diabolical genius, a highly stylized game of musical chairs, involved in the Great Crash of 2008, and the complexity of the financial instruments used to engineer it was part and parcel of why it went on so long without detection.

We have both Lewis and now the filmmaker/scriptwriter Adam McKay to thank for unraveling, at least to a great degree, those complexities with highly stylized narrative devices of their own.

Like the book, the film anchors the tale in a handful of individual bond and hedge fund managers. They are both shrewd and almost disbelieving as they begin to comprehend—and capitalize on—the massive fraud being perpetrated on the U.S. and ultimately the world economy by unconscionable schemes to lend legions of unqualified borrowers far more than they could ever pay back in a lifetime, with no—or at least very few—questions asked.

I remember a client referred to me at the time, a mortgage broker peddling financing for large rural properties in the luscious hinterlands of Sonoma County. He was anxious to produce a flyer extolling the virtues of jumbo loans for clients to build custom homes on those lands. And he wanted to emphasize a key feature: “No income verification required.”

As part of my own due diligence, I checked in with him on that point, incredulous. I was thinking there must me some mistake that million dollar+ loans would require no income verification. He assured me, with a wan smile, that was exactly what it meant, and could I please hurry up with that flyer production? (Our relationship began and ended with that flyer; there was something about that wan smile that didn’t sit well with me.)

It’s impossible to estimate how many players in the financial world made a killing on the fraudulent practices brought to light in “The Big Short.” But we know a little something about who suffered while the big banks were propped up, purportedly in the service of preserving the world economy. That propping up was at the expense of the U.S. taxpayer, who was left holding a bag drained of all value by the antics of the financiers. 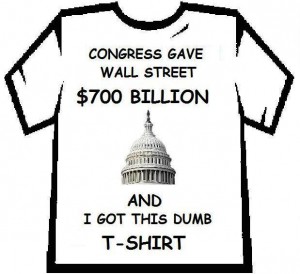 Those antics are brought into sharp focus by the filmmaker McKay, who tells his tale in dark tragi-comic fashion, wildly entertaining and dismaying at the same time. One method is to have the actors regularly step out of character to address the audience directly. Scenes of volcanic, profanity-laced temper tantrums by hedge fund managers suddenly give way to Selena Gomez at a card table in Las Vegas, jauntily explaining the house of cards on Wall Street that saw bets upon bets being placed on “bundled” mortgages, the individual elements of which were based on credit that was, in the oft-repeated phrase of the movie’s protagonists, “shit, just pure shit.”

Such manic filmmaking perfectly suits the manic tenor of the times, and it gives the audience more than one hearty chuckle, even as we shake our heads yet again at the wages of unbridled greed, unmoored from either legal regulation or common decency.

I made a point of taking my 17-year-old daughter to the movie, figuring it would be good for her financial education and further immersion in the not-always-salutary ways of the adult world. She hears plenty from me about the essential goodness of humanity, but then there is this; this too…

As we were leaving the theater, I put out a tentative, “Well?…”

“I’m going to put my money under my mattress,” was what came out of her mouth.

A not inappropriate response at that moment, considering.

But by the time we got through dinner, I’d once again raised the issue of directing some of her savings into a DRIP (dividend reinvestment) plan in a blue chip stock that just might leave her wealthy beyond measure by the time she gets to be my age, the eighth wonder of the world being compound interest. The fact that she didn’t snort left me slightly relieved, but I also couldn’t help wondering: Does that make me a cockeyed, star-crossed optimist?

Only time—and no doubt the collective response following upon multiple more financial crises yet to come—will tell.

Elizabeth Haslam, for the photos gracing the rotating banner at the top of this page. Some rights reserved under Creative Commons licensing, see more at: https://www.flickr.com/photos/lizhaslam/

Gazing atop the cityscape photo by Josh Boles, some rights reserved under Creative Commons licensing, see more at: https://www.flickr.com/photos/91397226@N06/

7 comments to The Tragi-Comedy of “The Big Short”