He Who Roared…and Advanced Toward a Supreme Court Seat

Another imaginary exercise: Imagine if Christine Blasey Ford would have come out yesterday not only trembling as she was, but yelling, her forehead in an angry furrow, her neck cords straining:

“This hearing is a SHAM! None of you Republican senators are interested in the truth!! You’re just going through the motions here so you can get to vote your man in and say you’ve given me a fair hearing. The behavior of several of you on this committee who have already made clear how you will vote is an embarrassment. But at least it was just a good old-fashioned attempt at keeping women down. We all know about that; it has a long and dismal history in this country. But I reject this entire charade, this revenge of the Trumps, fueled by millions of dollars in money from outside right-wing opposition groups. It is a national disgrace, but you won’t silence me. You may defeat me in the final vote, but you’ll never get me to quit. Never.”

And so on…and on…equaling in both length and emphatic, accusatory outrage the 5,251 words spoken yesterday by Brett Kavanaugh in his opening statement.

What would have been the reaction of the 11 male Republican senators who comprise the committee’s majority? And of the vast, not-so-silent minority of American voters who managed to put Donald Trump in the White House two years ago and thus paved the way for the elevation of, attempted rape allegation aside, a longtime right-wing apparatchik to the highest court in the land?    I think the answer to that question is obvious. 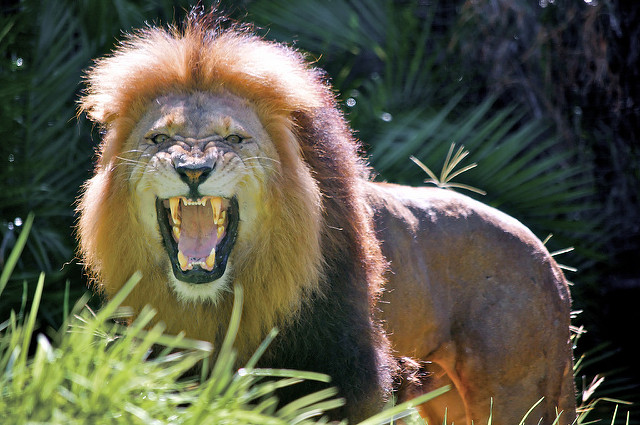 I don’t know what actually happened, or didn’t happen, in that upstairs bedroom Blasey Ford says she got pushed into some 36 yers ago. We have been presented with two radically conflicting accounts of “100 percent certainty.” The “truth” will likely never be “proven” to any legal standard.

The issue before us is that women are required, most emphatically in the public square at peril of their very careers but in the private sphere too, to hold or mute their fire and never, ever go ballistic as Kavanaugh did yesterday.

Considering what each witness stood to gain or lose from sharing their account in front of the Senate Judiciary Committee and the world yesterday, it seems incomprehensible that Blasey Ford was fabricating the entire incident out of whole cloth for the sole purpose of torpedoing a Supreme Court nominee whose politics she doesn’t agree with.

Exactly zero in her personal history or demeanor yesterday would suggest such a dark motive, and if she had pulled off such a feat, it would have entailed an acting performance far exceeding in quality the very best work of Meryl Streep and Sir Laurence Olivier combined.

But the question of guilt or innocence aside, perhaps the most striking feature, because it so depressingly represents the same ol’ same ol’, is the radically divergent demeanor of the two protagonists who raised their right hand to tell the “whole truth and nothing but the truth” yesterday, and what those respective demeanors tell us about gender roles and oppressions in today’s world.

Blasey Ford: soft-spoken, struggling, apologetic, wondering if she was being “helpful” enough in answering her interlocutors. One could even use the word “meek,” though that belies the quiet dignity with which she asserted her certainty of what she claimed did happen while also admitting her uncertainty or simple unremembrance of many of the details surrounding that memory.

Kavanaugh: outraged, bellowing, dismissive, sneering and bellicose in his first minutes, then struggling, his voice breaking, momentarily weeping, before resuming his combativeness in the questioning that followed his opening statement.

“Senator, what do YOU like to drink?” he retorted to Rhode Island Sen. Sheldon Whitehouse in response to a question about Kavanaugh’s high school drinking habits.

“You’re asking about — blackout? I don’t know, have you?” That was his response to a similar question from Sen. Amy Klobuchar of Minnesota.

But of course, it is unimaginable, because women in the public sphere—and still all too frequently in the private one as well—are simply not allowed to be as hostile and aggressive as Kavanaugh was (and Clarence Thomas before him, and Robert Bork before him…) throughout yesterday’s tortuous, emotionally exhausting hearing.

The simple truth is that women who yell and bluster and come on like Kavanaugh did yesterday, no matter what they have been accused of and what their past accomplishments might have been, would last about two minutes in public life before being dismissed as overly emotional nutcases.

Men, on the other hand, use such behavior to show their strength and fitness for important jobs like Supreme Court Justice.

I want to explore this, too: I became a big fan of Senator Klobuchar yesterday. Gentle, even-tempered, polite, dignified but resolute and persistent, trying to get to the bottom of things. So very midwestern.

And I found myself recoiling a bit from the far more aggressive postures of both Kamala Harris and Mazie Hirono. Their minds so much more made up, acting and sounding like prosecutors rather than listeners at a “hearing.”

But then I wonder: Is that just more built-in male antipathy to “aggressive” women who are simply tired of being under the male yolk and are just not in the mood to take it anymore and play “nice?”

After all, they might say: Look how Kavanaugh unleashed yesterday, abjuring “niceness” and any semblance of “judicial demeanor” with a slashing partisan attack that was applauded all the way by none other than the president and virtually every Republican legislator and voter who was watching. 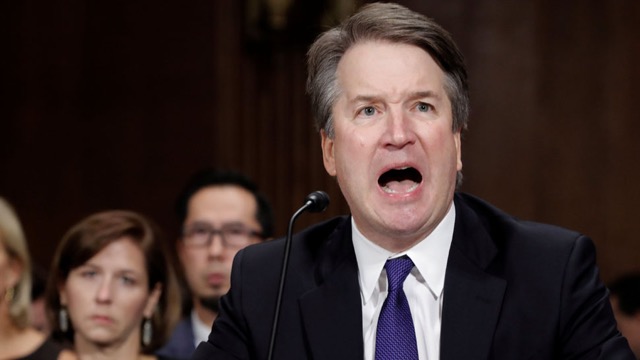 And to the question, “Well how would YOU feel if you were falsely accused of something so horrible; wouldn’t you lash out, too?” one could fathom an answer from Harris and Hirona times the millions of women they finally get to represent: “How would YOU feel (I am borrowing from reader Jeanette Millard’s comment on last week’s post) if you had been:

“…raped, molested, mauled, murdered, groped, grabbed, gagged. dragged, burned, hit, cut, scarred, mutilated—without ANY recourse for MOST OF HISTORY. Men have done what they wanted to women at all levels of society, and not only gotten away with it—but *bragged* about it (as we saw from our current national leader, with the Access Hollywood tape, not so long ago).

Perhaps if I had been one of those women Jeanette references, I would sound far more like Harris and Hirono than Klobuchar, I don’t know.

But then I also think: I just don’t much cotton to aggressive, sharp-worded people in general, male or female, so maybe it’s not a gender thing with me, but simply a non-gendered sensibility thing. Not sure.

All of us have the capacity, when pushed, for sharp, wounding words, but by cultivating patience and restraint (in other words: Klobuchar’s midwestern politeness), we learn the virtues of respectful dialogue, civility, and even empathy.

The issue before us, however, is that women are required, most emphatically in the public square at peril of their very careers but in the private sphere too, to hold or mute their fire and never, ever go ballistic as Kavanaugh did yesterday.

If any woman had dared to sound one-tenth as vitriolic as Kavanaugh did, standing up on his hind legs and letting out a dominant male roar that looks likely to land him on the famously non-partisan, above-the-fray (and if you believe that, I know this bridge…) Supreme Court, she’d have immediately lost any respect she may have earned from her entire professional life beforehand.

And if she had been in the docket for a Supreme Court seat, observers from the other side of the aisle would have been twirling their fingers at their temples in that “”Whoa, crazy woman!” gesture we are all familiar with.

Men can yell, women must plead and cajole.

Men can overpower, women must seduce. (And run, if the overpowering one aggresses toward them in unwanted fashion).

That chasm—between what males and females are respectively allowed in their expressions of concern, frustration, anger, desperation, desire, rebellion, and would-be dominance—was in some ways the most troubling feature of yesterday’s hearing. It revealed yet again, in the starkest, and now historically far-reaching terms as Brett Kavanaugh, He Who Roared, prepares to assume his rare privilege of a lifetime appointment to the Supreme Court, what a long, long way we still have to go.