The Conundrum of God As “Father” 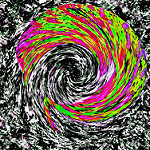 The names of God—the idea of the infinite reflected in a nearly infinite number of images and words— was the subject of the day in my church this morning. Following are some remarks delivered there by yours truly.

I’ve been mulling the 99 or the 9 billion or however many names of God there might be. But I find myself coming back to what has historically been the most prominent of those names: Father. The male of the species.

The mystics might speak of the alpha and omega, the unmoved mover and the fathomless void, but in everyday parlance among the masses of humanity throughout history God has mostly been: a man.

At his best, a benevolent all-embracing father figure. At his worst: a raging avenger constantly threatening to lay waste to his creation.

It is a long, long list, these paragons of privilege, exemplars of take-what-you-want patriarchy.

My ear is now against his chest, I’m curled up in him, and I know, deep in my bones, despite the ocean’s clamor, that nothing bad could possibly happen to me.

It seems undeniable that biology has largely been destiny for most of recorded history. And men, being the bigger and stronger of the genders, have felt entitled to name themselves God, to create him in their ideal image as a craggily handsome bearded fellow in the sky.

And then to act as Masters of the Universe, moving its chess pieces around as they see fit.

Prominent among these chess pieces have been women, whose wails of protest at being overpowered and subjugated have mostly been unheard, ignored, disbelieved, repressed, smothered and dismissed. Time after time, century upon century. And more pointedly: life upon particular life.

Yet now, we seem to have reached a watershed moment, a cultural crisis point of me-too-ism. The true severity, the insidiousness, the depth and breadth of patriarchal privilege, have perhaps finally and fully been exposed. And it is not a pretty picture. It makes me want to emit an Old Testament wail on behalf of my gender:

“Oh Abba, what have you wrought?”

How do we even begin to make amends? 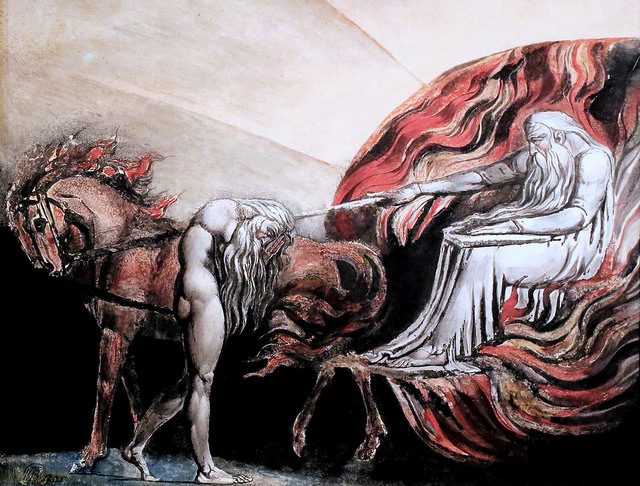 So I am thinking back to my own father. My first God, in a profound sense. My protector, but also my occasional harsh critic. One of the kindest, most sentimental people ever, but not without his own demons and private sufferings.

And a memory floats to the surface of him walking me into the ocean when I am maybe 4 years old. The waves are roaring, or so it seems. And I am frightened. Noting this, my father scoops me up into his arms—and then walks me in a little further.

Scared as I am, I’m also aware of an acute feeling of security. My ear is now against his chest, I’m curled up in him, and I know, deep in my bones, despite the ocean’s clamor, that nothing bad could possibly happen to me. I’m with my dad, and he is stronger than any ocean.

That’s a delusion, of course. But I would say a helpful and even necessary one as children learn to feel secure enough to someday venture out into that ocean on their own.

Fast forward eight or nine years. I’m in middle school, suffering through a two-week PE unit in gymnastics. I’m a basketball player, but parallel bars and long horses? I don’t think so!

As the day approaches to get graded on our long horse leaps, I’m at least as scared as I was in the ocean with my father years earlier. We’re supposed to hurtle ourselves off a springboard and up and over this high, 4-foot-long, hard leather horse.

I’m not the least bit confident I can make it without severely injuring myself and putting the family jewels at risk.

But there’s no way I can sissy out of it. You just don’t do that in middle school; it would be the ultimate humiliation. I’m a guy!

So I run, and I leap, and…there is NO CHANCE I am going to make it over. None.

Suddenly, a hand, an all-powerful hand, the very hand of God as represented by my coach, whom I deeply admire, descends from nowhere. With one powerful yank on my shirt this hand guides me all the way across and clear of the horse.

I never even see the hand, but eureka!—do I ever feel it! I land on my feet, still whole, still intact, not exactly in triumph, but definitely in profound relief and gratitude.

Godly male power has exerted itself, setting the world aright, acting when necessary, in perfect proportionality, to his child’s need. With a gentleness not in contrast to power, but as power’s deepest, most loving manifestation.

So while I’m thinking our world could no doubt benefit from a millennium or two or 10 of referring to God strictly as mother, as she, as the divine feminine, there would be tragedy, too, if among those 9 billion other names, we didn’t also remember—and even revere—the best and highest expressions of fatherhood.

Of the soothing voice from the whirlwind saying, “Here, let me give you a hand, my child. THERE you go…”

6 comments to The Conundrum of God As “Father”