Hearts Like Wheels: The Melancholy of Linda Ronstadt and Van Morrison 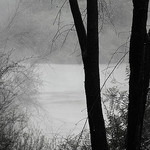 I was talking with a friend recently about my previous post on Van Morrison and his mood-laden song, “When the Leaves Come Falling Down.” He was telling me how another Morrison mooder, “Melancholia,” is reportedly Morrison’s only truly autobiographical song and, indeed, also represents my friend’s truest and deepest stance toward life. This surprised me a bit, inasmuch as my friend, whom I’ve known pretty well for most of my adult life, presents a rather relentlessly cheerful public persona, far removed from the dark brooding pathos of “Melancholia.” Yet it also put me on notice, again, of the deep sadness that underlies so much of life and so many people, a sadness virtually everyone meets on various and shifting terms throughout the peaks and vales of our brief tenures here.

This sadness is heightened in fall, when death and the loss of light all through nature rather massively reinforces the darkenings we experience any day and season of the year as friends and loved ones fall to a sudden hemorrhage or protracted cancer, a whiplashing rear-ender, the infirmities of age, the indignity and potential desperation of job loss, the severing of a cherished relationship, ad-and-ever-so-sad infinitum… 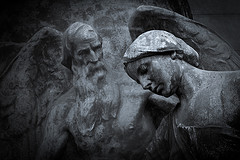 So Linda Ronstadt has Parkinson’s disease, oh please. Can’t even sing anymore, other than in a straightforward though plaintive speaking voice as she tells her tale to Terry Gross. Linda, the very epitome of an eternally smoldering babe, proof positive that it’s not all about blondes for American males, is it?

Heftier and less babe-like now, fair enough, those being the wages of time and genetics—but to completely lose her voice to a disease affecting the musculature in general and thus including those exquisite muscles in her throat, the very throat that produced her pitch-perfect sound and which looked so fetching above the loosely hung dresses of her Stone Poneyhood?

Linda Ronstadt with a disease that takes her voice is not the sweet reflective sad of watching a golden leaf spiraling slowly down to a garden. It’s more a fist-shaking, despairing mad at the cruel irony of it all. Could not the gods have smote her with a standard issue kidney disease for which she’d receive treatment that would leave her feeling wretched and debilitated but still singing, even if the songs coming through reflected only her pain? That would be tolerable (at least for us).

But not to sing at all? Desirous, but unable? This Rondstadtian gift, silenced? No melancholia in that, no bittersweetness of fall—just bitter.

“Melancholy is the pleasure of being sad,” wrote Victor Hugo. We crawl into that cocoon for a sabbatical from the pressures of nonstop social happiness, but not to lose what is most important and vital to us. No pleasure there. The fact that Ronstadt is taking it with the apparent good grace she is speaks well of her, coping as she can, but for her fans (somehow that word feels utterly limp) it’s plain black and rotten. 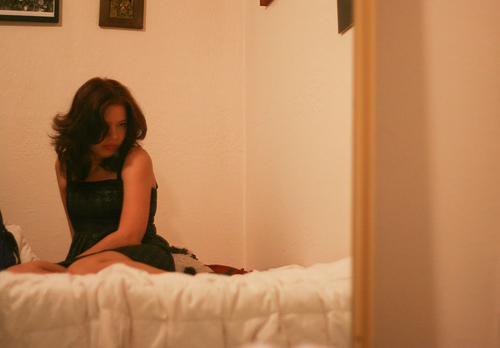 In her own caption to the photo on the right,  photographer Madalina Seghete asks: “Melancholy? Desire?” I would answer: “Yes. Of course.” Melancholy always carries within it the seeds of desire, longing to sprout into full possession of the longed-after object: God, an unrequited or otherwise unavailable love, some vaguely defined and elusive sense of happiness or at least mild contentment. Something around the corner, barely up ahead, but never quite here, now. And so we rest into the lack and the longing, the sweet somber absence, perhaps accompanied by a glass of dark port on a dark rainy Friday, and Linda, urgent now, sings:

Wasn’t written that way, but her melancholy runs so deep here she can’t even sing through a sentence but instead stops, reduced to a word or two at a time, barely keeping herself from a long gushing wail that may never stop at all were she to let even one line run. What a marvel of phrasing.

Settling in now, she gives her melancholy full rein in the subsequent lines:

The longed-for object is as old as time here: our singer, channeling the heart-rending lyrics of Canadian songwriter Anna McGarrigle, wants her great love back and is so despairing of ever getting it she cries out to God for understanding. Ronstadt’s beyond-desperate voice gives the distinct sense, however, that God won’t be answering.

For Van Morrison and his own melancholia, the longing is for nothing as distinct and potentially attainable as a love object. No, his darkness is in his DNA, something no earthly love or other indulgence is apparently capable of overcoming:

Well it’s in my blood and it’s in my veins
Here it comes again, when I’m in the rain
In the wind and rain, well the sun don’t shine
Well it’s always mine, all of the time

This is the melancholy that is often a thin sliver of brooding removed from full-blown depression, in which no sweet light of sadness is allowed but all is dark, dark, the deep empty dark. One tends not to sing oneself out of these descents with anything approaching ease or Hugo’s sad pleasure.

To examine Morrison’s vast body of work—running frequently to titles such as “Sometimes We Cry,” “In the Midnight,” “Underlying Depression,” “No Religion,” “Wasted Years”— is to be reminded of how close he seems to sidle up to that edge, and how it is perhaps only his writing and singing that keep him on this side.

Indeed, perhaps it is only the artistry of Morrison, Ronstadt, Hugo, and the vast sprawling corps of others who dedicate themselves to finding their voices and thus their way through the dark foggy corridors of this most vexing human condition that saves the rest of us. Art as the God whose absence begets the very art that continues to call its name.
***
Linda Ronstadt’s voice will be with us as long as there is a You Tube and whatever its successors turn out to be. And until someone unearths a heretofore unknown bootleg tape, here is the definitive version of her heart, so melancholically like a wheel…

Such marvelous photographers! Profound thanks to:

2 comments to Hearts Like Wheels: The Melancholy of Linda Ronstadt and Van Morrison