Van Morrison and the Deep Wisdom of the Leaves 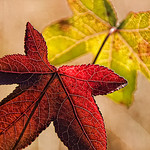 I’ve long felt that fall is fortunate to be so gorgeous, otherwise we would never forgive it for all the grief we feel over summer’s end. Yet deeply interwoven into fall’s beauty is its profound sense of melancholy at time’s passage, all the brightness dimming now as the world inexorably darkens and decay and death spread across the landscape, there for us as reminder, as harbinger, as spur to savor the day.

Fall is a time to begin our long hunkering, but the dream of every romantic is to do so with one’s beloved, in a private enclosing world walled off from the coming darkness and cold. Few artists sketch that world with quite the stark beauty of Van Morrison, and in the vast sprawl of his career over a half-century, few songs have matched the super-charged romantic vision of When the Leaves Come Falling Down.

This 1999 song sees Morrison at both his songwriting and singing best, inhabiting a place mixing profound love and longing with deep melancholy. No season bespeaks this mixture more than fall, and as each of its golden leaves spirals to earth, Morrison is gathering himself and his beloved, seeking shelter in a cocoon made of their regard for the beauty in each other and the surrounding world.

The complete lyrics to When the Leaves Come Falling Down are available here, but you can have a listen (always recommended first, rather than reading lyrics in isolation) here below on You Tube. This version employs lovely nature imagery that reinforces the song’s dreamy romanticism, but you can also find live versions of Morrison performing the song on You Tube if you prefer. So let’s pick up the discussion of a few key parts to the song after we’ve had a listen.

Morrison wastes no time in setting the scene with his first stanza:

We see the lover here perhaps looking down through a picture window, beholding his beloved below as she braves wind and rain, probably not even noticing but certainly not caring, so absorbed is she in contemplation of the “wisdom” in leaves, and their “grace.”

This lovely poeticism, of ascribing not only wisdom to leaves but also “grace,” speaks to their naturalism, their being no more nor less than they are, knowing exactly what to do in their dying, which is to be blown softly to earth, bronzed or brown or golden in their turn, there to commingle with other elements as they decompose and become mulch for the future. This will happen to the lovers, too, and the beloved knows it in her contemplation. But meanwhile, her own beloved looks on from above, and there will be time yet to enjoy and reflect on much else before they themselves will spiral down with the wisdom of the leaves. 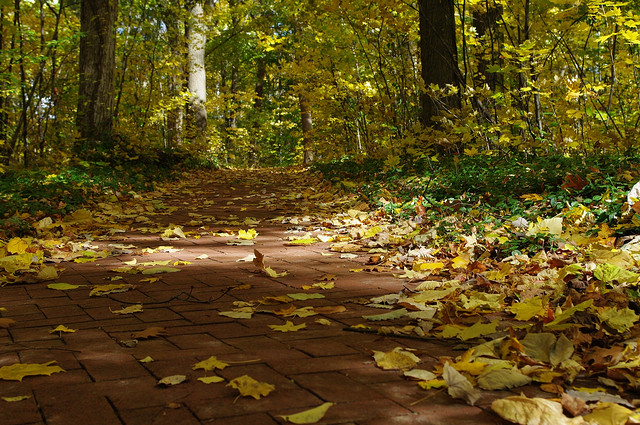 Then the chorus kicks in early, on the third stanza, and we get more of that Morrison songwriting genius that brings such tender romanticism to so much of his work. His imagery here weaves together the heart and its surroundings, an enchanted place where only he and his lover live, intensely private, as if they are the last (or first) two people in the universe, existing in an eternal now, needing no one or nothing else:

A place—you know, that place, that special retreat we know next to the loveliness of the garden and the wall that sequesters us from the din and demands of the distant world.

And a space, though not a physical space, but a speck in time, those magical moments of stillness and peace before the twilight and the dawn. 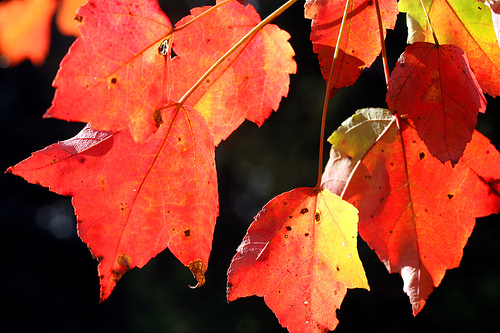 Wind and rain and my lover’s face. Wisdom of leaves, and their grace. The month of September. Follow me. Garden and wall, twilight and dawn.

Morrison has packed in the romantic, dreamy imagery with words that burst with mood, tenderness and soft light, the song already aching in just a few short lines.

And then, out of nowhere, he gives us Paris, yes Paris! City of light, of lovers, and those fabulous French women and the elegant way they shoulder their handbags and move their mouths when they say, “Merci…”

This is almost not fair, bringing Paris into the picture, but Morrison is just going to follow the smoldering of his heart here; there will be no detour or distraction on the way to joining his beloved by the garden, and then in Paris, because that’s the only city worthy of hosting and containing their love. And there will be wind, and rain…

Then the chorus repeats, after which Morrison gives everything he has to romantics everywhere, every last passionate image in his arsenal firing away now:

And as I’m looking at the colour of the leaves, in your hand
As we’re listening to Chet Baker on the beach, in the sand

He is contemplating the color of fall leaves in his lover’s hand, but the scene has shifted to the beach, probably the most romantic and oft-used image in poetry and pop music (not to mention personals ads), the universal context for lovers’ long walks and soft moody thoughts.

Not usually many trees with fall leaves on beaches, but no matter; let’s not allow reality to intrude on our lovers’ idyll.

And what are they doing?

They’re listening to Chet Baker, be still my heart! He of the tragic downward spiraling of life, lost to drink but blowing such tender-hearted ballads with his trumpet on the way down as to make the angels weep for both beauty and the sadness of his descent.

Morrison truly piles it on with this Chet Baker reference. It is rare for him to cite another artist in his lyrics, but after gardens and twilights, fall leaves and Paris, Baker’s almost unbearably sweet trumpet provides the coup de grace, particularly on the beach, in the sand… (Incidentally, Baker was quite a vocalist, too, shaping an innocent, plaintive boyishness into his tone that defied the darkness that was slowly encircling his heart.)

There is nothing left now. We have traveled with our lover from the garden wall to Paris, and then to the beach, accompanied by the quintessential romantic and melancholic Van Morrison, who invited his bud Chet Baker along to finish up the journey with us. We are settled and complete, we love and are beloved, in the quiet cocoon wrought by a romance like no other.

In September. When the leaves come falling down. 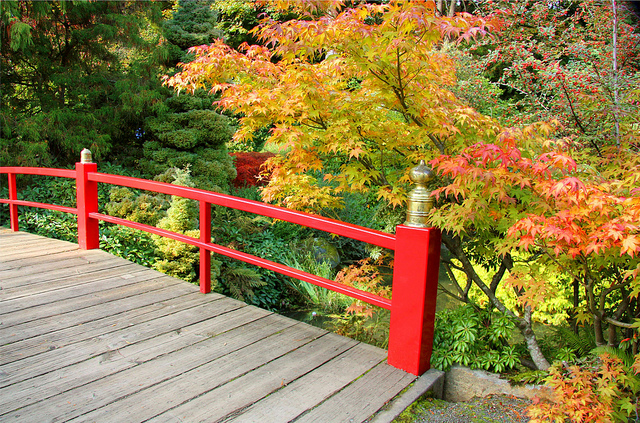 Much appreciation to the photographers who grace this page with so much of their own light. Banner photos top of page courtesy of Elizabeth Haslam, some rights reserved under Creative Commons licensing, see more of her work at: https://www.flickr.com/photos/lizhaslam/

Leaves on path photo courtesy of Steven W. of Bloomington, IN, some rights reserved under Creative Commons licensing, see more of his work at: http://www.flickr.com/photos/helloeveryone123/.