“I Contain Multitudes”: Carrying on Through Darkness and Light 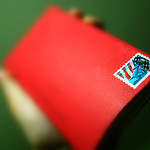 Forty-five years ago today, I got a “Dear John” letter from my high school heartthrob who had gone away to college. It was my first major heartbreak (there would be others), and as I collapsed onto my bed sobbing while beholding my girlfriend’s sincere but crushing words, my mom hurried into my room and proceeded to pull me close to her as I wept onto her shoulder for a good long while.

I have always remembered the date because it was one I had marked on my internal calendar many months before. My junior college basketball team was scheduled to play the UCLA freshman team that night at none other than fabled Pauley Pavilion, and if you don’t know anything about basketball, taking the court to play at Pauley against a team with “UCLA” inscribed on its jerseys was akin at the time to having one of your paintings hanging for a day in the Louvre next to a Picasso.

So here I was, ready for the biggest game of my life on the college basketball world’s most compelling stage, and I was a complete emotional wreck just a few hours before tip-off.

I went out that night and played a fine game—18 points, 13 rebounds and 5 steals, damn right I remember—and managed to hold my own playing opposite future NCAA champion and later UCLA coach Larry Framer.

But the real story of that night was something altogether different: I learned that life just barrels on ahead, a relentlessly moving train, and the primary question it asks of you is only, “Are you on or off this thing?”

A decade later, same lesson, different venue: I was committed to writing a book review for a journal but was leaving early the next morning for Amsterdam and a long summer that would include visiting my girlfriend-and-later wife while she was in the Peace Corps in Kenya. All the hullabaloo around preparing had pushed the review to the very last evening, and here I was at midnight, bone-tired, with a review still to write and a plane to catch in the morn.

I strongly doubted I could pull it off with anything approaching quality, but by the time I looked up from my typewriter (yes, this was long ago) three hours later, I had a fine review in hand which I dropped in the mail on the way to the airport, sleep-deprived but so very content.

“Ahhhh,” I realized. “I can do this!” (Churn out work, function under pressure, do what has to be done.)

Many years after that, I got a call that my mother had fallen and lost her respiration for many minutes, with the prognosis grave. I made plane reservations to fly to southern California at first opportunity later in the day, and in the interim, was tying up some loose ends on the work front.

When I informed my bank client CEO of the situation but let her know I was handling a few last details on her advertising, she protested, kind-hearted woman that she was, saying none of her business was important, the bank would still be there if a few things slipped through the cracks, and I shouldn’t worry about it one bit.

Hers was a well-reasoned perspective, respectable and humane, and I appreciated it. It represents a hierarchy of sorts: business is business, but it’s not life and death, and not nearly as important as family.

But the longer I live, the more I have come to suspect all such hierarchies.

It’s that the big and the small, the dark and the light, the grievous and the hilarious, the profound and the silly, all jostle and mix in the course of a minute or hour, a day or a week, all of them with their own integrity, their own need for a moment on the stage…

It’s not that making sure an ad gets in the paper is as important as my mom dying. It’s more that both of those occur side by side on any given day of the days we are fortunate to inhabit on this earth. And that we do what we can do, whenever the opportunity presents itself to do it—my mind and heart can handle the whole jumbled thing.

It’s that the big and the small, the dark and the light, the grievous and the hilarious, the profound and the silly, all jostle and mix in the course of a minute or hour, a day or a week, all of them with their own integrity, their own need for a moment on the stage, their own contribution to the multiplicity, the 10,000 phenomena that arise and fall endlessly in human experience.

And that none of it waits, and though you may be down and grieved, injured or ill, in no mood for emotional ease, there’s a banquet going on around you all the time, coursing through your experience and ready for you to take a seat at its table. If not, no problem, seeya later, but the banquet will go on.

“Life is for the living,” we often hear it said. I have come to take that line more and more to heart, because really, Who the hell else could it be for?

So we live, sometimes in joy and exultation, sometimes in grief and woe, frequently all those mashed up together. (When’s the last time you went to a memorial service where there wasn’t abundant laughter at the foibles of the beloved deceased whose loss everyone has assembled to grieve?)

We learn, once we’ve been around for a while and have had our hearts broken in the afternoon before stepping onto the basketball court in the early evening, that nothing cancels anything else, that because I laugh or place an ad for a client or still notice a well-turned leg at the airport doesn’t mean I’m not full of sadness and fear that my mom will die before I reach the hospital.

All of these exist inside me, all these capabilities and contradictions, this multiplicity of emotions and desires, reflections and regrets, longings and satisfactions.

I am strong and capable, And a fine book review that was, Mr. Hidas; I can tell you took great care in refining it.

I am weak and unsure, Why didn’t you just tell me; this all would have been so much easier! 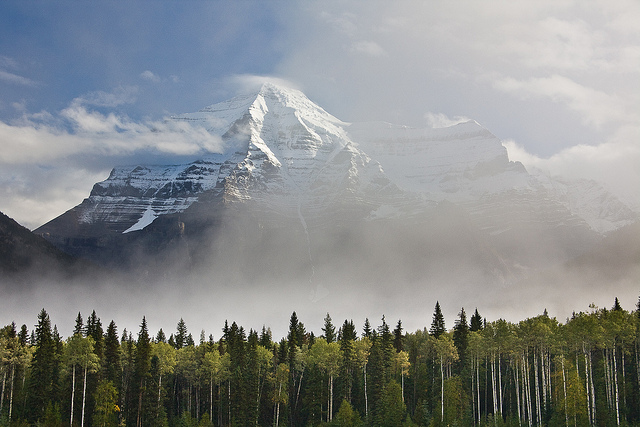 And so we close with the original contradictory and multitudinous one, he of the gargantuan vision and ever generous heart:

What blurt is this about virtue and about vice?
Evil propels me and reform of evil propels me, I stand indifferent,
My gait is no fault-finder’s or rejecter’s gait,
I moisten the roots of all that has grown…

—Excerpts from Walt Whitman, “Song of Myself”

***
Two soulful singers, one great song, and the magic of technology:

If you’re on Facebook, you may enjoy my public page “mini-blog”—a brief daily dose of inspiring words and images from the world’s great thinkers and artists, accompanied always by lovely photography. http://www.facebook.com/TraversingBlog

Tags:  carrying on, darkness and light, embracing multitudes, performing under pressure, Song of Myself, Walt Whitman