Light and Dark in the Arts: What’s Your Pleasure? 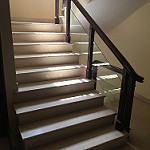 A small group of us was discussing possible movie choices for the upcoming weekend a few nights ago when one person floated the possibility of “Chesil Beach,” the adaptation of a dark Ian McEwan novel about a rapidly failing, misbegotten marriage, almost shocking in its misery. Someone else, a psychotherapist who spends his days listening to those and many other such woeful tales, brightly asked, “Why would you want to subject yourself to that?”

Now, the therapist can most certainly be excused for abstaining from the prospect of extending the rigors of his day job into his leisure hours. (And paying to do so, no less.) But his question reflected a kind of fundamental “There are two kinds of people in the world…” issue that has always been of great interest to producers of art and entertainment.

Dark or light? Sweet or sour?  Frothy or strained?

Serious and sober or witty and weightless?

Or the choices before us these past few days, “Chesil Beach” or “Oceans 8?”

Do you come to art for release from the cares of your day or for a projection screen upon which you can cast those cares and examine them in the larger context of the human struggle for self-understanding?

As it happened, my partner and I scanned the movie section yesterday and discovered “First Reformed,” a brooding Paul Schrader (“Taxi Driver,” “The Last Temptation of Christ”) film about a self-loathing, hard-drinking pastor in a tiny failing church in the desolate landscape of Albany, New York. The pastor, played by the deeply furrow-browed Ethan Hawke, encounters an eco-terrorist who is despairing so severely about what he sees as the inevitable environmental suicide of the world that he urges his wife to abort her pregnancy before turning his rifle on himself in a public park in a bloody scene to which he has summoned the pastor via text message just moments before pulling the trigger.

We just could not get to the theater fast enough.

But before we did, we had another friend of longstanding over for an impromptu dinner, and we asked her if she wanted to accompany us.

“What’s it about?” she asked, raising an eyebrow.

After we proffered her the capsule summary, she smiled beneficently and said, “I’m so glad you’ll be going and enjoying yourselves.”

The conversation then led to her distinct literary preference for mysteries and her love of Harry Potter movies. 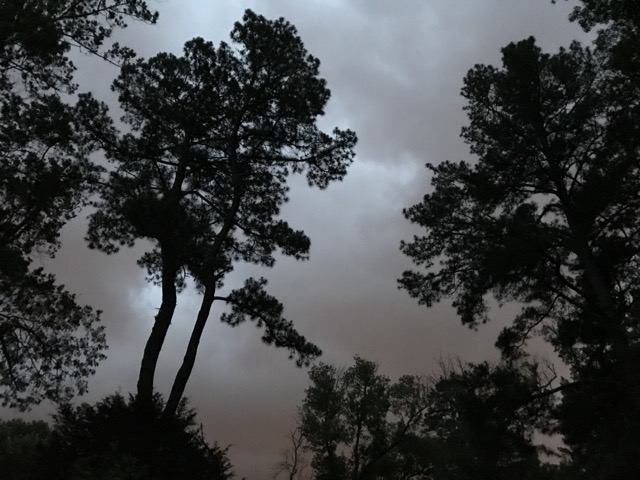 Sure, some people bounce back and forth, depending on the mood of their day or time in their lives. Chekhov, Dostoyevsky and that whole band of morbid Russians in the winter, leavened in summer by a deep dive beach-read into every last Sue Grafton mystery, A to Y.

But on the whole, I think the “two kinds of people” distinction holds pretty much true for taste in the arts. Heavy/light, high-brow/mid/low-brow, literature/“popular” fiction, Shakespeare/P.G. Wodehouse.

And, in a more fundamental sense: immersion or escape?

Do you come to art for release from the cares of your day or for a projection screen upon which you can cast those cares and examine them in the larger context of the human struggle for self-understanding and a hard-won wisdom of the heart?

Some people get all the struggle they can glimpse (and the misery they dare not personally ingest) in the course of their day as therapists or by staffing a suicide hotline. These people may long for nothing so much as a sand chair at the beach with a cool adult drink in the cupholder and a trash novel in their hands, drinking avidly from both.

Others get quite enough struggle in their daily lives, aren’t given to reflect overly much on it themselves, and simply don’t cotton to seeing even deeper or more explosive struggles portrayed on screen or the page. They may not even read at all, spending what there is of leisure hours with television comedies or the big budget mass entertainment movies down at the cineplex rather than checking on the latest small-budget French art house movie that takes in $800,000 from its entire American run after its sparkling debut at Telluride. (Where it earned the “Critic’s Choice Award!”)

It’s not that I’m against mass and, let’s face it, mindless entertainments that even their fans and producers acknowledge as such.

Escapism is not a bad thing, a supposition that is reflected (and fully supported) by the liquor and pharmaceutical industries, which depend on those deeply held yearnings to make themselves and their shareholders wealthy. 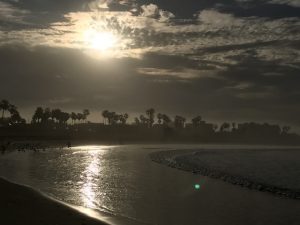 It really does come down to personal tastes and dispositions, and those often tend toward the unpredictable. The hyper-intellectual and waifish novelist and critic Joyce Carol Oates is a fierce boxing fan, after all, and tastefully dressed matrons of a serious bent have been known to swoon over the mostly light-hearted absurdisms of David Sedaris.

The human soul has many mansions, St. Teresa told us, and not everyone is inclined to occupy every one of them on their journey to the beyond.

The travails of Pastor Toller, which, among other gasp-worthy Schraderisms included a kind of imitation of Christ via a barbed wire corset, had me riveted to my seat for two hours and made for great conversational fodder in the bar afterwards. (Where else were we going to process what we had just seen—the amusement park?)

I tend to want my novels serious, my paintings bright and flower-strewn, and my movies thought-provoking at the very least. If I’m not still thinking about it and feeling slightly seared from the experience days later, having run a kind of emotional gauntlet, I fear I may have wasted both my money and my time, and since both are diminishing resources in my life, I am not given to part with them frivolously.

But I do recognize that serious is not everyone’s cup of tea in the arts. Drop me a line sometime if you’d like to engage in some serious talk on the matter.

***
For those of a particular sensibility…

13 comments to Light and Dark in the Arts: What’s Your Pleasure?