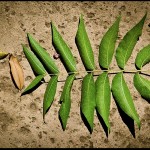 As Layne astutely pointed out in her comments to my previous post on movie violence, such films tend to attract huge audiences, and ergo, must be filling some need. The fact that fellow commenters Fred and Dennis, along with myself, are revolted rather than fed by such violence suggests how wide is the gap between different people’s temperaments and sensibilities. One person’s intolerable and gratuitous gore is another’s ecstatic celebration. (The fusion of these was on prominent display in last weekend’s seemingly endless loop of a commercial during the NFL playoff games, touting the latest incarnation of the Die Hard movies. One fiery explosion and gunburst after another plays out to the soundtrack of Beethoven’s triumphant Ninth Symphony and its resounding celebration of universal brotherhood. “Oh, the atrocity,” I thought. “Oh, the hilarious irony,” the filmmakers undoubtedly thought…)

So: Dennis’s 16-year-old son can’t get enough of film violence, while Dennis himself checked out of such fare with Taxi Driver in 1976—when Dennis was a very young man himself. Does this suggest that the depiction of violence fills some type of developmental and sublimatory need for testosterone-fueled young men, and that we do well to provide these outlets for them—courtesy of Quentin Tarantino, Bruce Willis, et al—lest their instinctual urges turn to more ominous outlets? Maybe. On the other hand, in the wake of my previous post I received the following personal note from a dear and gentle-souled friend of mine, female and 60+:

I feel this way about horror movies, too—that somehow if I allow such evil to be entertainment, I’m making a place in my soul where evil is acceptable. And if evil and horrific violence at this level are acceptable, and even entertaining, today, what will be entertaining tomorrow? Why then, do I love The Girl With the Dragon Tattoo? Hmmm. Maybe I’m not as clean as I like to think.

The deliciousness of this musing cannot be overstated—why indeed does a peace-loving, peace-practicing mature woman enjoy her own version of Tarantino-Willis fare in the best-selling vengeance thrillers of Stieg Larsson? She offers a possible answer, but I would amend her first-person speculation to this:  Maybe because we, that is, the entire human race, are not as clean as we like to think.

Turning away in disgust from that dark side, or blaming it on an explicit devil as various simplified theologies do—is to ignore the fact that the devil resides within us and always has.

Who can argue with that, given the long history of blood-drenched violence that requires no elaboration here and stands stoutly alongside our capacity for love and goodness as a competing narrative of the human soul? Turning away in disgust from that dark side, or blaming it on an explicit devil as various simplified theologies do—is to ignore the fact that the devil resides within us and always has. The psychologist Carl Jung famously called this humankind’s “shadow,” and he posited that the best and only way to overcome its influence is to extend a hand to it, embrace it as part of ourselves, a prima facie component of our multi-faceted inner lives.

So, back to the developmental aspects of this seeming need for explicitly rendered violence: Perhaps, once we grapple with and come to accept and understand its residence in our own souls—in other words, once we become conscious—we no longer need or desire to either practice it or see it explicitly depicted. Indeed, we may come to experience it as offensive and even painful, rather than as the release of tension that so many young men seem to experience with their mayhem-filled films, football, cage combat and video games.

Women, psychologically the more sensitive gender, have historically been more repelled by violence, but that may be changing along with all the other roles they have been assuming in society over the past century. Numbers of women in the audience at football games: way way up, as are women boxers and wrestlers and, of course, soldiers. And now those soldiers will be on the front lines of combat, in real war, not the sublimated kind that humans have devised in competitive athletics. Real war where real flesh is sliced and blown to bits and one kills in order not to be killed.

Will this latest “barrier” to fall in gender roles ultimately help change the nature of war and our cultural romance with violence? Or will such change await our first female secretary of defense, or first female president? Or the first time that the sum total of female presidents and prime ministers around the world finally outnumber males?

Or will none of that make any difference, since the only women assuming such roles will be those who have bought into the same approaches and tendencies that have fueled their male counterparts over the eons?

The answers to these questions will play themselves out over time, but meanwhile, what we know is that violence will likely remain with us for a good long while, artists will continue to reflect it, and some of them, driven by their own testosterone-fueled fantasies abetted by vast commercial riches, will continue to churn out work that offends many of us while keeping others of us entranced in giddy amusement. And to all of this, we most tellingly can quote another who beheld violence with a sardonic and saddened eye: