Imperfect Interpretations: When the Song Sung Isn’t What the Song Said (Part 2) 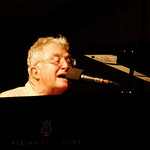 Part I of this two-part post about the tremendous difference a given artist’s interpretation can make on the experience of music examined the Bob Dylan song, “One Too Many Mornings,” and how its mournful, lonely qualities were finally teased out most hauntingly and fittingly, given the lyrics, by Jerry Jeff Walker. It was as if Walker’s own history, psyche and voice quality made him the perfect purveyor of the song, kindly delivered to him by Dylan, whose own solo version was quite creditable itself, but who later veered off into rocked up, full band versions that didn’t match the song’s lonesome wail.

Here, we will examine the opposite phenomenon of an original song and artist who were interpreted, wait, let’s make that “misinterpreted,” by another (very talented) artist who, given her particular gifts and sensibilities, should probably have steered clear of this song. (Which, I hasten to add, she sings beautifully—but not accurately, in a way that meshes with its intent.)

The song in question is Randy Newman’s “I Think It’s Going to Rain Today,” and the misinterpreting artist is Judy Collins.

Newman is a unique talent, possessed of a slightly jaundiced, sardonic wit that has him laughing grittily through his observations on human delusion. He is both political and piercingly psychological, probing into dark muddy corners where irony (usually) stops just short of acerbity. Humor (and catchy melodies) are his leavening agents.

In “I Think It’s Going to Rain Today,” he gives us a particularly beautiful melodic base that combines with some soaring lyrical snippets that perhaps lead to a listener too easily misinterpreting the song’s underlying dark vision. 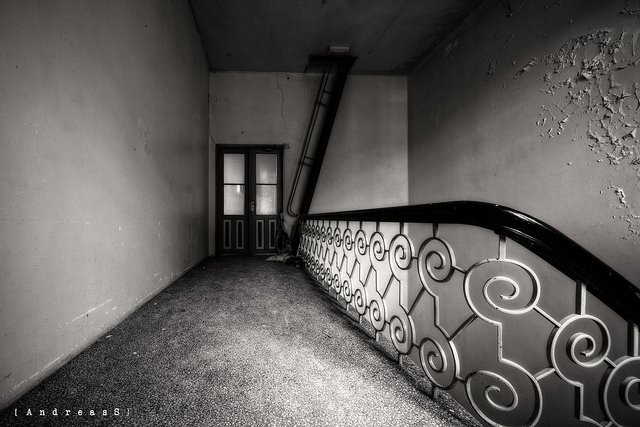 “Broken…empty…dead…gray…” give us hints of what is to come, but then we get this powerful and lovely lilt of “human kindness overflowing” that has us thinking—or perhaps not thinking clearly enough—that “Gosh, this is a beautiful song, yes, let’s hear it for human kindness overcoming broken windows!”

More dark imagery of the vacancy attending so many well-to-do modern lives there in the first two lines, saved, or more accurately “forestalled,” by the refrain of kindness in the last two lines. But then we get to the third verse and if one is listening, the accumulation of dark imagery leaves no further room for misinterpreting Newman’s intent:

Lonely, lonely
Tin can at my feet
Think I’ll kick it down the street
That’s the way to treat a friend

A lonely person kicking a can and a friend down the street—or himself being kicked by a would-be friend—no wonder he’s lonely.

Finally, he broadens the perspective in the concluding verse to issue a biting appraisal of society’s treatment of the marginalized, our lonely hero in the song now expanded to include all those kicked people prowling the empty hallways and their broken windows, eventually emerging to confront the frozen smiles of those wishing to chase them away:

Let’s listen to it all now, Newman accompanied by an appropriately restrained classical string section:

Newman leaves his characteristic wit altogether out of this mournful tableaux, but the biting assessment via irony is there in abundance, played off against (and perhaps in conflict with?) a truly beautiful and haunting tune. But since Newman’s voice wouldn’t qualify in anyone’s estimation as “beautiful,” is it really all that difficult to assess his intent? Perhaps the problem is that the tune is simply too lovely, and we get so caught up in responding to it that we don’t listen closely enough, with enough distance, to the lyrics.

All right—if the beauty of the tune makes it difficult to hear the biting quality of the lyrics, then Judy Collins takes the misinterpretation to the hilt in her cover treatment, which was something of a hit for her in 1966. The problem is that Collins has a magnificent voice that amplifies the lovely phrase “human kindness” to such a pitch that we believe in and feel all warm toward it, because her phrasing suggests that she does as well.

There is bitterness underlying these lyrics, a bitterness that is required to accurately transmit their intent. But Collins can’t do bitterness—it is against everything she and her voice are as an artist. She soars where Newman wallows and resigns himself, because her instrument knows no other way.

Here it is, in a vintage performance on the old Smothers Brothers Comedy Hour:

So did Collins not assess the song accurately? I doubt that very much; she’s a smart woman and a wonderful singer, one of my personal favorites. But this “role” wasn’t suited for her, to put it in film terms. It was a mismatch by the casting director, though one can appreciate why she was drawn to it (along with her agent, I am guessing…).

Collins is a great singer who can bring her many gifts to bear on certain kinds of songs, but we might say she lacks the range, again in film terms, of a Meryl Streep, who can inhabit just about any damn role fully and convincingly, with every last nuance nailed to a T.

Collins’s voice and bearing betray her with this material. Far closer to Newman’s spirit is Nina Simone, she of the huge (and justified, in many ways) chip on her shoulder, who leaves no doubt about the song’s ironic edges in this 1972 version. Listen to how she draws out “lowwwwwnely,” and “wayyyyyy” and “raaaaaiiiiinnnn…” 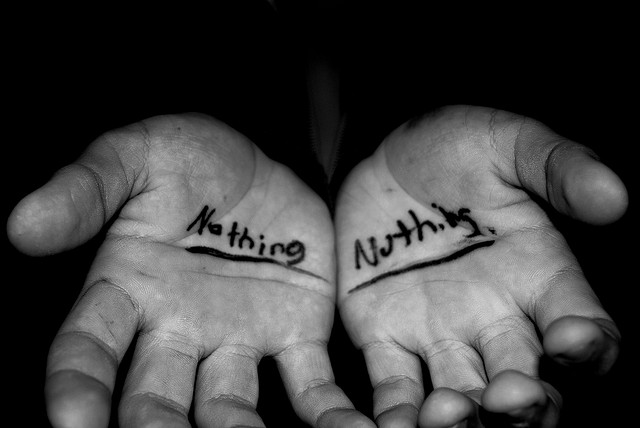 On Facebook? Check out this blog’s public page there for almost daily snippets of wisdom from the world’s great thinkers and artists, accompanied by most always lovely photography. http://www.facebook.com/TraversingBlog

“Nothing” hands photo by Garrett Charles, no location, some rights reserved under Creative Commons licensing, see more at: https://www.flickr.com/photos/g-ratphotos/

8 comments to Imperfect Interpretations: When the Song Sung Isn’t What the Song Said (Part 2)