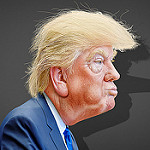 If only we would all just get off his back and let him govern, we are told. The poor man is besieged on every side, the jackals of the press circling and sniping, relentless in their bare-teethed aggression. Behind them, 68 million aggrieved and unyielding Clinton voters, unwilling to accept the verdict of the electoral college, criticizing his every breath and utterance.

Unfair and unprecedented, we are told, the president himself shaping the narrative of his terrible victimization.

This is the single greatest witch hunt of a politician in American history!

Poor fellow! Why won’t we just give him a chance?

I wish I could. But I’m a victim myself, suffering the ravages of an awful disease.

I’m Andrew, and I have Trump Derangement Syndrome.

It’s hardly just liberals who have despaired of Trump ever being other than an undisciplined, unprincipled, chaos-inducing managerial incompetent with no moral restraint on doing whatever he deems necessary to ‘win’ at the game of running a nation as if it were just the latest installment of a reality show in which he is the one and only star.

As of this moment, despite millions of activist researchers and street marchers working feverishly to stem the epidemic, there is no cure on the near horizon.

My symptoms include sleeplessness, periodic depression, a first-ever obsession with cable news, and the tiny hairs on my wrists snapping to attention every time my phone lights up in that way it started to do sometime last year with little snippets that usually included the words “Russia” and “Trump Administration” in them.

My night-time sweats include fear of a ruined environment, a ruined economy, a ruined health care system, a ruined world order, fear of the end of the world itself.

Fear that my daughter, first-time voter that she was in November, will think all the brouhaha of this most extraordinary time, with our nation headed by a sexually-abusing, unreflective, narcissistic, quarrelsome and superficial con man, is just the normal adult world, going about its business of ruining her future.

Here are a few of the encounters which I believe exposed me early on to the aforementioned virus.

• Seeing John McCain ridiculed for being “caught” and tortured for five years by the North Vietnamese. (How do Trump backers, most of whom I’m pretty certain voted for McCain in 2008, explain this to themselves?)

• Watching the future president aping spastic movements of physically disabled people from the podium while describing an encounter with a reporter whose arm is withered by a congenital joint condition. (What kind of man does this?)

• Revelations that he had declared multiple bankruptcies, stiffing creditors that included working people such as carpenters, plumbers, and electricians who had worked on good-faith contracts now rendered worthless while Trump continued his jet-setting, luxury lifestyle. (What kind of man…)

• Calling his Republican primary opponents names during debates: “Lying Ted,” “Little Marco,” and suggesting the only female candidate is ugly in exclaiming, “Look at that face!” (What kind…)

• Unequivocally suggesting in the middle of a debate, in front of a live studio audience and some 17 million television viewers, that he has a large penis.  (What….)

By this time, in early March 2016, I was suffering some low-grade fever, middle-of-night awakenings, and general malaise in the mornings, when I have historically been at my best and most active.

And we weren’t even out of the primaries yet. 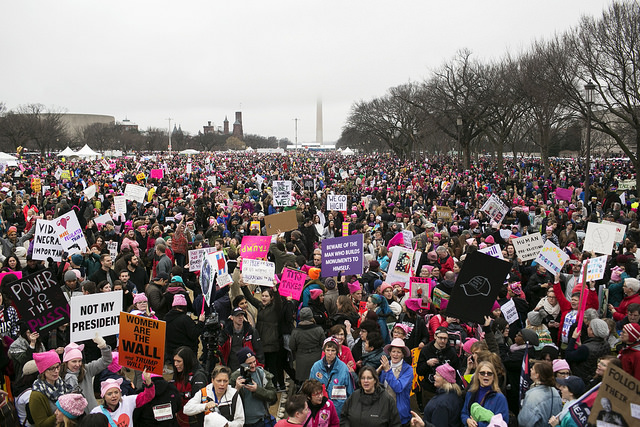 Bad as it all seemed as Trump wound up confounding all his disbelieving critics (myself included) who couldn’t fathom the possibility of his capturing the nomination, much less the general election, I nevertheless expected him to be a business-oriented, pragmatic president. Sure, he would be hobbled by his all-too-obvious character defects, and we would have to endure various bits of him kow-towing to the far-right, ideologically driven voters who had helped secure his victory.

But I figured he would resort, in the end, to the deal-making instincts that had turned him into a player in the world of New York real estate and a dilettante playboy on its social circuit, who used to espouse polar opposite views to what he was mouthing on the campaign trail. A compromiser, so he could sew up deals and then go brag about them in that inimitable way that no politician, ever, would have dared.

By the time of his inaugural address (“American carnage”?), my symptoms had escalated—the fevered eye-coverings with the morning news spiking into the danger zone, the “Did you see?” and “Can you believe?” rantings to friends making me feel like Bill Murray on steroids rubbing my eyes through yet another Ground Hog Day.

Even George W. Bush (didn’t conservatives love him right to the end?), otherwise purring away at his Dallas home painting genteel portraits of soldiers, was heard to say upon arising from his seat on the Capitol steps after Trump’s dystopian screed: “That was some weird shit.” (Arch-Republican, classic conservative, he didn’t even vote for Trump, though he couldn’t bring himself to vote for Clinton, as his father, another classic conservative ex-president, did.)

And all this was before the cabinet appointments started in earnest.

Then Trump gave us a know-nothing, done-nothing public education hater to head the education department.

An alt-right bomb-thrower whose chief desire is to “dismantle the administrative state” and apparently get us back to some unregulated state of nature, as his chief strategist.

A brainless brain surgeon who admitted he didn’t know enough about housing or running a federal agency to take a cabinet position, who apparently got smart and experienced in a hurry when he decided to accept the housing secretary job after all. His recently stated view of poverty? “It’s a state of mind.”

All of these, and so much more that simply wearies me too much to catalog here, has affected me to such a degree that I fear the virus is now deep in my marrow and metastasizing to all my body parts. Even my aura shows deep blue welts.

I feel a little bit sick every day and a lot sick on some days, as when Trump throws out yet another Saturday morning Twitter bomb in accusing his predecessor of criminal activity in tapping his phones.

In this, he offered not a shred of substantiation or proof, just another wild spur-of-the-moment impulse and imagined grievance that earned firm debunkings from the country’s intelligence agencies and loud condemnation from even the most conservative media sources who persist in backing him just as long as they can until it proves, as in this instance, impossible. (What kind of man…)

Portrait in dignity: the Lincoln Memorial at night

So: “Just give him a chance,” we hear. It’s unfair and unseemly for liberals to be criticizing Trump at every turn.

But that claim belies an inconvenient fact: It’s hardly just liberals who have despaired of Trump ever being other than an undisciplined, unprincipled, chaos-inducing managerial incompetent with no moral restraint on doing whatever he deems necessary to ‘win” at the game of running a nation as if it were just the latest installment of a reality show in which he is the one and only star.

I offer a short list below—it could be much longer—of highly conservative, died-in-the-wool small government types who are every bit as frightened and appalled by Trump as liberals are. They are besides the aforementioned Bush family, and John Kasich, Colin Powell, Mitt Romney, Lindsey Graham, Ben Sasse, Susan Collins, and even Paul Ryan, before he decided to become Trump’s lapdog in an act of perceived career preservation. (We’ll see how that turns out for him.)

These writers and thinkers have impeccable conservative credentials, listed here in approximately least-to-most-conservative order (by solely my estimation). All have written scaldingly of Trump and bemoan the idea that he is their president. Just like liberals! I have provided links to representative columns by each.

They, along with countless others that space does not permit me to mention, give the lie to claims that Trump Derangement Syndrome represents only a crazed liberal plot to invalidate the results of a duly contested election.

Like so many of the claims Trump himself has made and his backers parrot without looking reality boldly in the face: It just ain’t so.

David Brooks: “When the World Is Led by a Child”

George Will: “Trump Has a Dangerous Disability”

The late Phil Ochs “wasn’t marching anymore”—to war. He’d be marching now, though, in opposition to the madness that abides in Washington.