We live in a time when meaningful commentary about the affairs of the day faces the challenge of being overrun by ever more head-shaking events—and by the 24-hour news cycle that barely has time to chronicle those events before a new one crashes in commanding our attention.

It’s like one of those diabolical amusement park rides that no sooner dumps you out from a screeching, white knuckle series of turns than it drops you and your stomach down a precipitous descent far speedier than gravity would seem to allow.

And then the speed and lurch build up much too quickly again and you find yourself praying for the end of the ride. 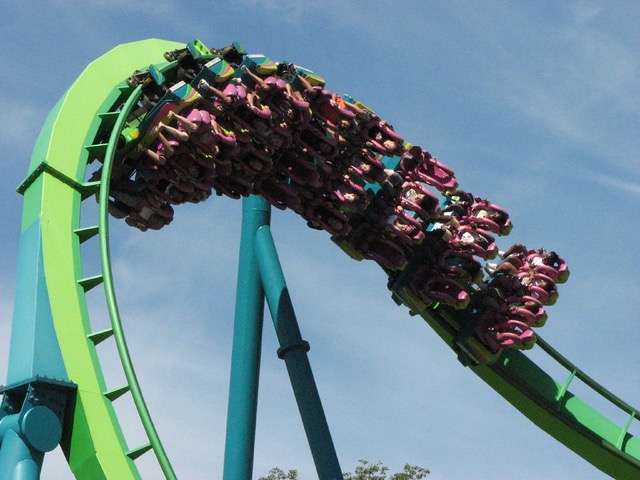 The awful scenes from Syria, where the mangled limbs of children, some still alive, others mercifully not, sear into one’s brain, followed quickly by the awful question, dammit, whether the photos can even be believed. (Propagandists have made skeptics of us all, about everything—with good reason.)

This in the same week of a ramped up impeachment effort against the U.S. president who essentially claims he is above all law while he holds office, and is immune from any meaningful congressional oversight.

While proclaiming America must withdraw from playing policeman to the world as he offers carte blanche approval to Turkey’s invasion and bombardment of Syria’s Kurdish population.

While then committing American troops to bolster the extreme Muslim autocrats in Saudi Arabia who recently lured a Washington Post reporter to their embassy and then killed and cut him up into small pieces.

While fires once again rage in the southern California of my youth.

But it is also true that life goes on—through war and pestilence, hurricanes and fires, good presidents and bad. That we get up every day with choices to make about our time, our tasks, our responsibilities and frivolities…

While in northern California, a utility summarily cuts power for two days and more to some 1 million people, in order, it claims, to prevent a repeat of the awful fires from two years ago. The move, admittedly carried out with inadequate forethought and dismal public communication, causes billions of dollars in lost economic activity in the region I left barely a month ago.

While mass shootings this morning that claimed four lives in an “illegal” Brooklyn gambling hall and wounded two people in a New Hampshire Pentecostal church have gone almost unremarked upon, given the unremarkable body counts and relentless, mind-numbing pace of other shootings competing for precious media time.

While the same U.S. president mentioned above has taken to regularly uttering profanities at campaign rallies, where the besotted crowds consistently roar in merriment when he shouts and snarls “Bullshit!” and describes rival politicians as “kissing ass” and “hating America.”

While the more unhinged and vile he appears to be, the louder they roar.

While climate change threatens to make all of the above nearly irrelevant.

And yet most people in my own orbit, including myself, continue to be more happy than not.

Well-fed, able to enjoy various pleasures, meeting in restaurants and pubs, planning weekends away and weeks abroad. Improving the homes for when we return and feel the call to cocoon.

I doubt I know anyone in the 1%, but such wealth is hardly necessary to live the kind of life of freedom, choice and leisure unthinkable to the vast sea of people who have gone before us, as well as those who live contemporaneously with us in this world today, in far less advantaged circumstances than many of us enjoy.

It’s true that the dark cloud of worry, the gnawing concern that things are drastically wrong and could easily get worse, doesn’t recede too far back, nor for too long.

Is this because modern life really is swirling downward, or because modern media technology is so much more capable and eager to deliver the Dark & Depressing News From All Over (In Real Time!!) than ever before?

After all, the likes of Max Roser and Steven Pinker, learned, thoughtful men full to the brim with data, both make convincing cases that the world is better and safer, healthier and more prosperous, than ever before. And it will likely stay on the same upward trajectory, despite the near constant warnings from doomsayers to the contrary. 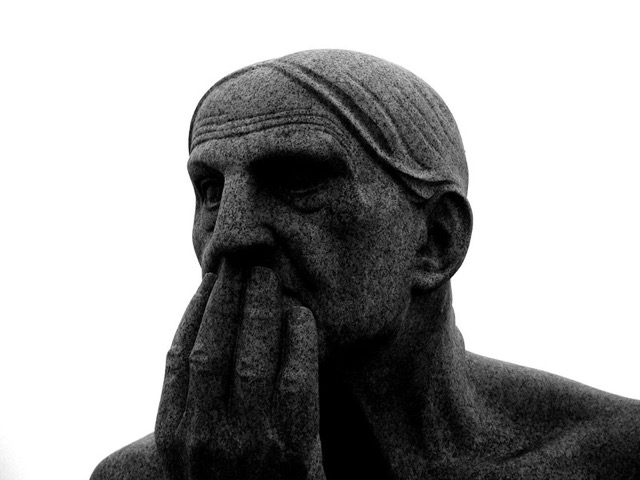 If Roser and Pinker are right, what’s with my wobbling on the synapse between my happy and fearful selves, my furrow and worry for the very future of our democracy and our larger world? Why this gnawing in my stomach as I consider the world we are handing to my child and all those who will inherit it with her?

Part of it is my previous underestimation, I think, of the profound effect the president of the United States has on me and my fellow citizens, on the collective psyche we inhabit and draw from in our dealings of the day. For better and in the present case, for very much worse, the president serves as a kind of spiritual icon and reference point for the population at large, and at the very least, that person carries a solemn duty to comport himself (and finally, soon enough, herself?) with a modicum of dignity and restraint.

Instead, the current inhabitant of the office regularly demonstrates the id unleashed, freed from traditional bounds of decorum or responsibility for projecting even a shred of kindness and inspiration in the public square. Anger and aggression, vituperation and invective are the coins of his realm, and the projection of those values through countless daily outbursts has untold coarsening, dispiriting effects on individuals and the wider cultural conversation.

For a long time, I half-jokingly accepted the label of the Derangement Syndrome named after this president, but that doesn’t feel right anymore. I am sane as can be in feeling repulsed by his depredations, and he is the one who is truly deranged and thus deserving of that label and more.

But it is also true that life goes on—through war and pestilence, hurricanes and fires, good presidents and bad. That we get up every day with choices to make about our time, our tasks, our responsibilities and frivolities, our pleasures and duties and investments in the future.

What do we do but keep taking another step forward—or backward, if we have to, like those refugees currently fleeing Syria, with the hope, however dim and grim it might be for them, of living to go forward again another day?

It is that hope—sometimes small and barely flickering amidst the onslaught of oppression and bad fortune, terror and despair—that sustains every human life and will ultimately determine the fate of humanity itself.

Oppressors never really rest, con men spring ceaselessly from the earth like mushrooms giddy after rain, and bad things will continue happening to good people. These are givens.

Times have always been bad amidst the good, and the bad wilI persist, all our thoughts and prayers, yearnings and resolutions notwithstanding.

I do not know whether our democracy will survive the current assault on its foundations, nor assaults even more egregious, because more subtle, from less unbalanced demagogues in the future.

I do not know whether international conflicts and longstanding hatreds will one day bring an end to life at least as we currently know it.

I do not know whether humans will figure out how to flourish unlimitedly on a limited planet.

And that so far, I experience enough others who feel similarly about those choices to give me a measure of solace, enough to sustain a “sometimes small and barely flickering” hope that is still, at the end of any given day, capable of lighting the world.

10 comments to Fire, Rage and Hope