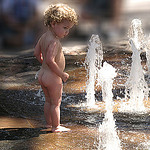 Nothing much happens in Richard Linklater’s finely wrought film, Boyhood. No stabbings or shootings, no kidnaps or car wrecks designed to set the protagonists’ lives on a post-crisis course and get audience members’ guts churning. Linklater disdains virtually every conventional narrative technique out of Film 101’s playbook, going light on the trauma and minimalist on conflict.

And what he winds up with is one of the most absorbing movies in years.

Boyhood’s two hours and forty-four minutes of running time effortlessly depicts multiple lives as they play out over an actual nearly 12-year-span in various Texas locales. Meaning Linklater followed a real-life rather than movie calendar in assembling his main actors on an intermittent shooting schedule between the years 2002 and 2013.

It’s a daring and brilliant device, allowing us to watch the actors literally age in front of our eyes, sans elaborate makeup or tricky camera work. And in the case of the boy around whose life the bulk (but hardly the entirety) of the story is told, we see all the far-reaching change that comes with maturing between the ages of 6 and 18.

Patricia Arquette and Ethan Hawke play already divorced parents Olivia and Mason as the movie picks up Olivia single-mothering 6-year-old Mason Jr. (Ellar Coltrane) and his older sister Samantha (played by the director’s daughter Lorelei Linklater). Olivia and Mason married too young, with the latter a well-intentioned but hapless parent, absent and completely out of touch in the movie’s early scenes as he chases jobs in Alaska.

When Olivia decides to go to college and move to Houston so she can improve the family’s hand-to-mouth existence, Mason sounds a heart-rending note in worrying his dad won’t be able to find them whenever he does manage to return. Olivia suggests the phone company information line will be adequate when and if Mason Sr. does make it back.

What follows is the stuff of daily, fractured life in this imperfect world. Olivia makes another pair of bad choices in husbands, leading to disruption and dislocation for her children, who come to know and feel, in the way that children inevitably do, that they are helpless and at the complete mercy of adults and their messy lives.

One day Mason Jr. is checking out the female underwear section in a catalog with his neighborhood cronies, giddy over pages upon pages of abundant breasts, and the next he’s being introduced in a strange school in a faraway city, friendless and unmoored from all that he knows. 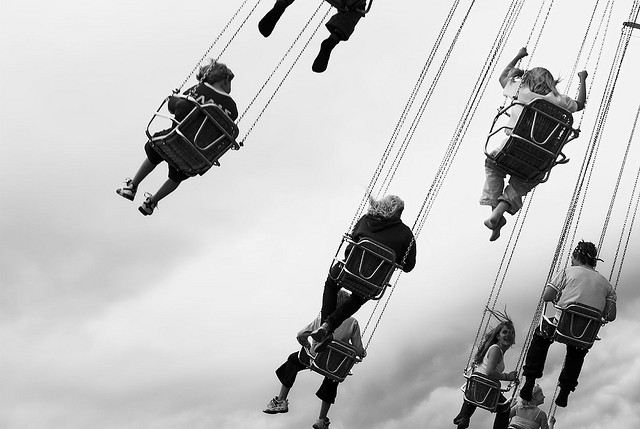 Just a few years later, it all happens again, this time in the closest the film comes to major trauma as Olivia’s new husband, a supposed better catch as a college psychology teacher, buckles under a severe drinking problem and threatens everyone’s welfare in the movie’s few taut scenes. Olivia is forced to flee with the children and only the clothes on their backs as the husband becomes abusive and threatens violence, but even here the incident passes with no grievous injury.

Life just goes on as the struggle and search for purpose that it is for everyone, sans the conventional movie fare of rape, pillage, deceit and murder.

Though adults pay the due cost of their errors, their kids are forced to hold onto the dragon’s tail of upheaval, none of the karma theirs but the cost of being whipped back and forth heavy on them nevertheless.

What we get instead is Linklater’s acute sensitivity to the puzzle that life presents through the emergent consciousness of childhood and adolescence for both Mason Jr. and Samantha. Most prominent in that consciousness is the truly life- and psyche-altering realization that their parents and other adults in their world, from bosses to teachers to stepfathers, are not only not all-knowing gods, but actually deeply flawed creatures, often with no clue on how to proceed on a steady path, or the means to control the wayward impulses in their own lives.

It’s not that adults aren’t generally well-intentioned and caring, but they’ve made mistakes and been short-sighted in many matters, and though they pay the due cost of their errors, their kids are forced to hold onto the dragon’s tail of upheaval, none of the karma caused by them but the cost of being whipped back and forth theirs nevertheless.

The boy Mason is a sensitive soul, self-possessed and artsy, more muted than defiant with adults who are always on him about one thing or other—his work and study habits, his whereabouts, and even, in the case of his gently joshing dad, his knowledge of condoms. The film provides an almost bemused treatment of both the necessity for some kind of adult discipline and the true overbearing pain in the ass that it appears to be from the lens of the child.

Drinking, some light drugs and suggested-rather-than-explicit sex all make appearances, as they are wont to do over the course of 12 years in a modern American family, but refreshingly, none of them replace the  dominant presences of the movie, which are the characters themselves and the enduring, deeply experienced mystery of time itself.

The characters age, their bodies elongate and thicken, their life circumstances change, and a thousand scenes and settings of daily life are encompassed within it all, most of them undramatic but every one of them a brick, one crucial brick after another, in the slowly constructing edifice that makes for a life.

Linklater’s loving appreciation and treatment of all that goes into such an edifice—the purpose and toil, questions and confusions, urgencies and desires, hopes and ponderings, disappointments, triumphs and quiet satisfactions—make for a singular cinematic achievement, as much for what it doesn’t try do as for what it does.

This is boyhood and humanhood, too, he shows us. A little messy, a little lurching, a little off-kilter at times, but always fascinating in every way, worthy of our utmost attention if we have but eyes to see—and the heart to see it through.
***