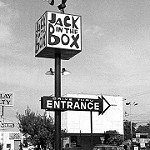 Many other wonderful jobs followed.

Pet store employee, where the owner’s strange obsession with exotic animals that no one would ever buy taught me how to mop up monkey diarrhea, and how to clean python cages without the dude mistaking my arm for a rabbit.

I learned burger flipping at Jack in the Box! ($1.20 an hour, minus 10 cents an hour for the food we ate whether we wanted it or not, and 35 cents every workday to launder the shirt they made us wear.)

How to mix an Orange Julius with that secret powder! (A raise to $1.60 an hour, wow! And all the food we wanted, free!)

How to usher grieving family members into the mortuary to view their loved ones after the mortician had dressed them in their Sunday finest. This was only after he’d embalmed them, of course, within a few feet of where I sat studying for my college classes when no family members were visiting.

We’d often carry on conversations while he tended to a naked dead body on the slab. Just another day at the office for him, but a whole world of contemplation and food for thought for 19-year-old me. 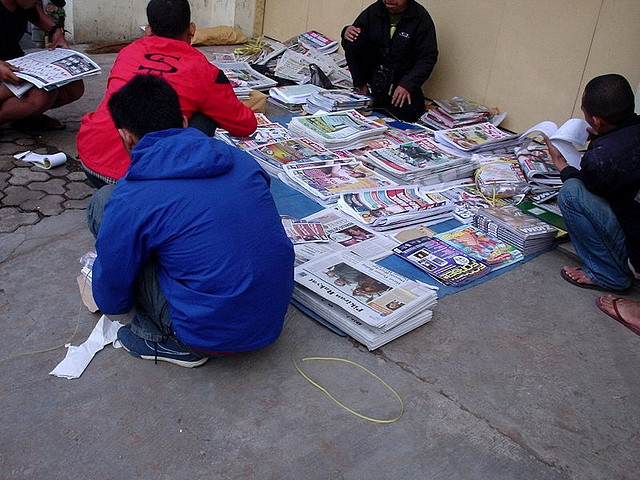 One summer I was taking some college courses and couldn’t schedule a full-time job, so I signed with a temp agency that sent me out to a small industrial plastics company in Santa Monica.

My job was to jam huge solid swaths of colored plastic into one end of a grinding machine, then go to the other end where it had been turned to powder. There, I dug deep into the collecting bin to scoop the powder out and into containers ready for shipment.

When I got home at night, I’d be blowing my nose and all this blue powder would be coming out, and I would say to myself, “Well, maybe I really should start wearing a mask like I see all the permanent employees doing.” But I never did. Because I was young and therefore immortal.

The plant schedule was run by bells and whistles, which struck me even as a 20-year-old as rather regimented and military-like, if not dehumanizing. Ten o’clock, ring ring, we’d all drop what we were doing and make a beeline toward the locker room, where we’d sit either making idle small talk or staring vacantly ahead. Occasionally, some guys pulled half-pint bottles of colored liquid furtively from their lockers and took a few swigs before the bells summoned us back out. 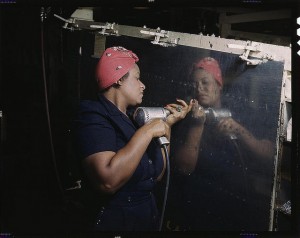 At the end of my week-long assignment, the floor boss came to me and said, “You know, you’re really a good worker, so if you’d like to sign on for…” I could not blurt out fast enough, “I’m going back to school next week, sorry!”

In another one of those college summers, I worked full-time in a print shop, where I learned how to be a platemaker. (Don’t ask—I don’t think I could explain it to you anymore.)

I also hung out occasionally on the press, where Tony Ramirez, the pressman, went about his business with all the ardor of an artist busy and content with his canvas.

“When I get to work in the morning, the smell of the ink, I get it all over my hands, I love it, I never get over it!” he’d exclaim.

Somewhat in contrast to my temp colleagues at the plastics plant, Tony had an infectious exuberance and passion for his trade. But both he and the plastics guys, in their own way, taught me much about a kind of baseline dignity of work.

Ever since, I don’t believe I have ever impugned a high school-educated laborer or failed to respect their role in this world. It’s hard out there in that plant, that shop, that store and office where we spend so much of our waking lives.

Every job we ever have teaches us something, if only what we’re not suited for, and what we are glad to leave to others in this world.

It’s a world that works only because of the incredible range of interests, talents and obsessions that the gods bequeath us, and that keep us going from one job to the next, one day to the next. Then we all get up and do it again, glad for the paycheck and sense of purpose and identity that comes with being a working person in a world that welcomes and needs every bit of good work we can do on its behalf.

This infectious tune is as close as I ever got to a coal mine—and to the live Lee Dorsey version of this classic song.  And such a period piece, in every way—black performer on a TV show surrounded by all-white faces, in 1966…

On Facebook? Check out this blog’s public page there for daily snippets of wisdom and other musings from the world’s great thinkers and artists, always accompanied by lovely photography. http://www.facebook.com/TraversingBlog

Hosannas to photographer Elizabeth Haslam, whose photos grace the rotating banner at the top of this page. Some rights reserved under Creative Commons licensing, see more at: https://www.flickr.com/photos/lizhaslam/

5 comments to My Early Jobs: A Labor Day Reflection