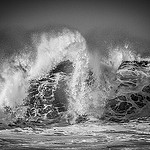 Harvesting the fruits of enough introspection and self-knowledge to sidestep the most egregious aspects of irrationality can be a heady but fearsome thing. It’s a lifelong task to step outside yourself, gather feedback from others, behold the mirror of your endowments, your motives, your healed-over scars and still open wounds, not to mention your aging brain.

Merely to think clearly—and to do so consistently, amidst the ceaseless tides of circumstance that impinge on every human life—can be a monumental task.

I’m never quite sure whether to despair at the human project or marvel at how well we manage in spite of everything that seeks to rob us of time, energy, focus and hope. 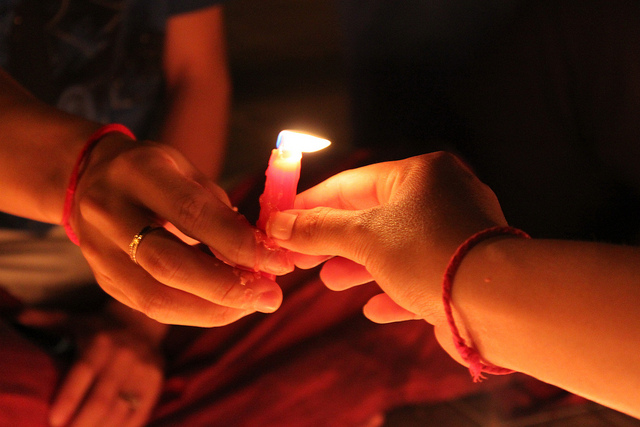 Walking by the television the other night, I stopped in my tracks to behold a young mother in Pennsylvania exulting in the capture of a lone gunman survivalist who had killed a peace officer and been on the lam for several weeks. “There were too many sleepless nights!’ she exclaimed. “And now my kids can go trick-or-treating!”

Fear of distant gunmen, even more distant Mideast terrorists, Ebola, the weather, earthquakes, border crossings, online fraud, sexual predators, the Democrats trying to establish a permanent welfare state and the Republicans hoping for a mass die-off of the poor.

I found myself awe-struck at her profound irrationality. Pennsylvania has 46,000 square miles. The gunman had targeted and killed one trooper and wounded another, then vanished into the wilderness, not harming anyone else, on nothing even remotely resembling a random killing spree. The odds of her and her children coming to harm every morning as she loaded them in the family car and set out on the highways for schools and shopping and daycare were astronomically higher than that this gunman would zero in on them from God knows where.

Given the odds of calamity out there on the highway, surely she should confine herself and her children to the family compound (around which she might consider constructing a barbed wire fence) for the rest of their lives, no?

For the moment, she had suffered sleepless nights and put the kibosh on Halloween—as had entire towns in Pennsylvania and perhaps beyond, for all we know.

How many families in Ohio and New York and New Jersey had skooched their kids inside long before the customary time and double-latched their doors in the past six weeks for fear the shooter had slipped across the border and readied himself for another killing mission at their expense?

“Anyone who would argue that humans are predominantly rational is not being rational,” wrote one Edward Long, bless his heart, in the comments section of a TED talk two years ago. There is irony here in making a rational case for our irrationality, when all one has to do is take a quick inventory of the headlines or the television news or of our own psyche as we sit down to still the mind in meditation and are confronted with mental antics equivalent to the energy of 101 caged monkeys.

One sure constant virtually everywhere we look in modern media: fear.

Fear of distant gunmen, even more distant Mideast terrorists, Ebola, the weather, earthquakes, border crossings, online fraud, sexual predators, the Democrats trying to establish a permanent welfare state and the Republicans hoping for a mass die-off of the poor. Fear, this post being written on election day, of the other candidate getting into office, the one whom the announcer on the TV commercial had darkly intoned is beholden to dark interests and would surely darken your future, the very life you enjoy with your loved ones, in the darkest possible way. 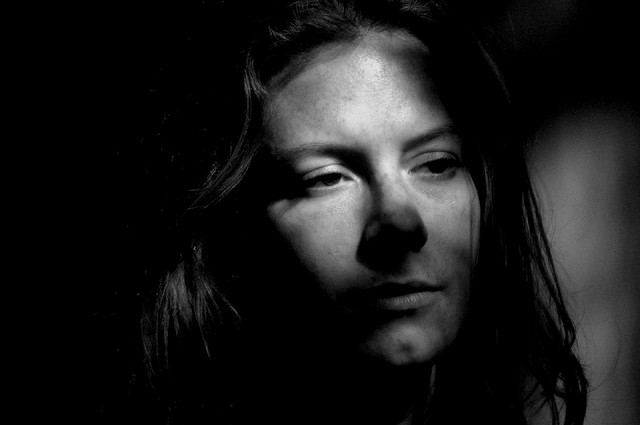 T.S. Eliot was right, of course. We come from the dark and go back to it in due time, all of us. But in these few days that we have been bequeathed, in this precious, fleeting and sometimes painful life that is ours, where do we want to expend our energy, and how should we spend our time?

Cowering, bemoaning our fate, cursing modern morality, hearkening to a fantasized purity of the past, canceling Halloween, rendering ourselves sleepless over infinitesimal threats to our well-being?

Lord knows there is enough trying to get us in this life by way of accident and illness and damaged relationships to keep us as much on edge as we please. Trying to sort out the emotions swirling around all this is why some 329,000 mental health professionals (psychologists, marriage and family therapists, psychiatrists) make a gainful living in the United States. (Sometimes it seems about 325,000 of them must be in northern California.)

Researchers at Chapman University recently conducted a study on what most strikes fear in the hearts of Americans. Here’s the top five:

The fifth of those is a given, on almost everyone’s list of sweaty-palm-inducing terror, so we shall give it a pass.

The fourth is plainly irrational given the odds of it ever happening to a given individual.

Internet scams are increasing in both quantity and sophistication, so those concerns are the two on this list that actually seem to make some rational sense.

Walking alone in the dark? Outside of well-lit downtowns, almost no one does, save for a few single men enjoying a late constitutional with the dog (I’m among them). But the fear itself hearkens to something more primitive than the others (see notes above on “the dark”).

Being out alone in the dark is more reflective of the great yawning void we will someday fall into and which we meanwhile fear being scooped up by before our appointed time. Not rational, to be sure, but darkness obscures all clear dividing lines, including those between the rational and irrational depths of the psyche.

Another wonderfully revealing feature of the study: Democrats’ main fears are about personal safety, pollution, and man-made disasters.

We are so very true to our passions, are we not?

Perhaps the most encouraging part of the study: Respondents harboring the most types of fear correlated with both low education levels and the watching of talk shows and crime dramas on television. (Italics mine.)

So there you have it yet again: the answer to irrational fear and response to what life (and modern media) sends our way is: embracing education and avoiding crappy television!

It’s enough to have me shoot my television and sign up for yet another few years of graduate school so I can finally put all the irrationality still upending my psyche to rest.

But do you think shooting my television would seem too irrational?
***

As most always, Leonard Cohen offers just the right combination of profundity, weirdness and style to make for a unique piece of music.

8 comments to Notes on the Irrational