On Not Going It Alone: Robert Kagan’s “The Jungle Grows Back” 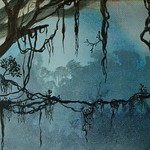 Can America go it alone? And even more importantly: Can the world go it alone without America? These paired questions form the backbone of Robert Kagan’s recent book, “The Jungle Grows Back: America and Our Imperiled World.”

And with a mere 163 pages to make his case, Kagan wastes no time in making his convictions known: absent strong American leadership and engagement, he thinks the world, arguably as or more dangerous than it has ever been, is ripe for all of the same brutality and oppression that has always been either dominant or lurking at the edges of the human enterprise.

Because no matter how much we employ our ideals and reason to tame the malevolent forces always looking to usurp human freedom, without eternal vigilance and strong leadership, the jungle always grows back.

Kagan is a senior “Fellow” (job title, not a generic description) at the Brookings Institution, a conservative think tank that truly does engage in the sober “thinking” and policy analysis that seems to have been draining from the conservative political world at an alarming rate in recent years. None too surprisingly, he left the Republican Party in 2016, protesting the “fascist” tendencies of the newly elected Donald Trump.

If the jungle is growing back in the rise of nationalist sentiment not only in authoritarian countries such as Russia and China but also across free Europe and right here in the United States, is there hope for the classical liberal world order?

In between various book projects and foundation appointments, Kagan served in the Reagan administration under Secretary of State George Schulz and later as foreign policy advisor to John McCain’s 2008 presidential campaign. So while his conservative bona fides are well-established, he prefers to think of himself now as a “liberal interventionist,” the “liberal” there not synonymous with “partisan progressive” but instead with classic liberal values of individual liberty, limited constitutional government, and freedom of speech, press and religion in a world that ever and again endures concerted attempts to squelch them.

In Kagan’s own commitment to those values, he sees no country more necessary and in better position to protect and project them than the United States, with its now longish history of freedom undergirded by economic and military power.

Kagan is a historian by training and temperament, and his slim but extensively footnoted volume serves as a quick-paced tour through history since the two world wars of the twentieth century both shattered our assumptions about human reason and also ushered in an uncommon era of relative peace and prosperity.

But we should be neither fooled nor lulled to sleep by that era, he says:

“The past seven-plus decades of relatively free trade, growing respect for individual rights, and relatively peaceful cooperation among nations—the core elements of the liberal order—have been a great historical aberration. Until 1945 the story of humankind going back thousands of years was a long tale of war, tyranny, and poverty. Moments of peace were fleeting, democracy so rare as to seem accidental, and prosperity the luxury of the powerful few.”

And the primary reason for this peace after the carnage of the 20th century, including the development of bombs with the power to annihilate the entire human species? The answer, for mostly better but occasionally worse (Vietnam, Iran, Iraq…): the United States.

That’s both because it had attained sufficient military and economic power but also, crucially, because the rest of the free world trusted the U.S. to use its power wisely, with a larger picture in mind than its own naked ambition. 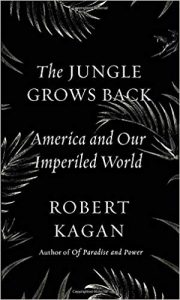 The exemplar for this was America’s great gift to its vanquished World War II foes Germany and Japan, committing to help rebuild those nations while insisting they disarm to prevent any possibility of their further aggression. This had profound repercussions not only for those countries, who were thus able to pour all their resources into rebounding in relatively short order as major economic forces on the world stage, but also for our war allies, who were free to reduce their military budgets once out from under the threat of German and Japanese aggression.

And if anyone acted up in the European theater or anywhere else in what America considered its “sphere of influence,” lesser military powers knew there was a sheriff on the block and treaties in place to at least somewhat ensure their safety.

For all of America’s faults and browbeating about its failures to always live up to the ideals espoused by its Founders (and let us remember those were “ideals,” which were not always practiced in this hard-bitten world by the Founders themselves), Kagan reminds us:

“No nation in history has ever been more involved in the affairs of the world nor accepted more responsibility for the state of humankind than the United States since the Second World War. Very few nations have ever felt any responsibility for anything but themselves. The vast majority of nations do not think twice about looking after their own interests ‘first.’ Americans have been abnormal in this respect—abnormal in their willingness to shoulder great moral and material burdens in order to preserve this abnormal liberal order.”

The fact that many of these efforts redounded to greatly benefit America as the world’s preeminent market economy served as no small undergirding to its “altruism,” to be sure. But if capitalism stands for anything, it is the claim, at least, that it will be a “win-win” for its active participants. 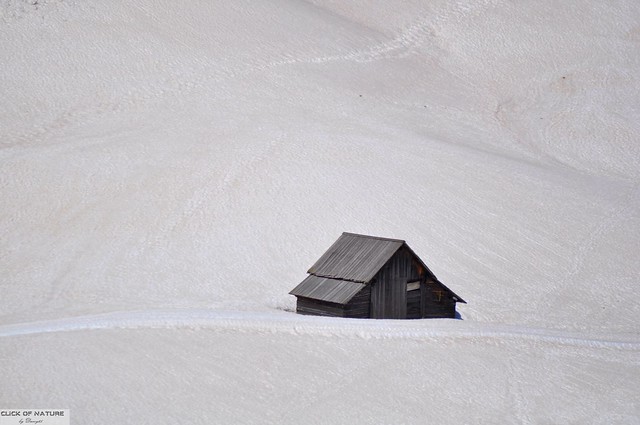 So now we can begin to see where this is going in the current climate of the Donald Trump presidency. Trump’s form of right wing populism actually makes some common cause with the portion of the left that impugns American motives at every turn and charges it with sinister overreach in pursuing a world free for exploitation and crony capitalism.

The difference is that while the far left criticizes America for too readily sticking its nose into everyone else’s business in an effort to make the world safe for capitalism, Trumpian populism excuses its every excess while standing stoutly for a triumphal “America first” mentality that berates allies, foes and virtually every American foreign policy of the past half century. Claiming the U.S. has been played for suckers too long, Trump goes the Lone Desperado route by threatening to pull back not only on free trade and a host of other international agreements, but also on our longstanding treaties.

This alarms Kagan and other liberal interventionists as much as it does our allies, nervous and blindsided as those allies feel with the sudden specter, in direct comments by President Trump, that the U.S. may no longer have their backs in the face of threats from powerful oligarchical regimes. (Chief among them Trump’s friend Vladimir Putin, about whom the president has never uttered an even mildly discouraging word, unlike his withering critiques of multiple allied leaders, domestic political opponents, even many of his own intelligence sources, cabinet members and staff.)

So: where to from here? If the jungle is growing back in the rise of nationalist sentiment not only in authoritarian countries such as Russia and China but also across free Europe and right here in the United States, is there hope for the classical liberal world order?

Kagan is not a pessimist on these matters, but he is also the furthest thing from a pollyanna.

In his view, our world situation is nothing new, but only reflects a constant, no doubt eternal push and pull between the forces of authoritarian darkness and the light of liberty. The battle is fought daily in the trenches of military might, economic competition, moral persuasion, propaganda and espionage, in a world too riven and treacherous for any white knights to long cling to absolutist values.

“Americans were certainly unready for the moral complexity of wielding such great power. They never reconciled themselves to the tragic reality that it was impossible to wield such power, even in the best of causes, with clean hands. Americans liked to believe they were on the side of the good, but power is power and killing is killing, no matter how virtuous the objective.”

That said, isolationism in a world brimming with fascists, communists, theocrats and all other manner of actual or would-be authoritarians is an invitation to eventually be surrounded on all sides, with not even two massive oceans east and west able to buffer you. If nation upon nation falls to the dark forces always poised to exert themselves upon populations lulled to sleep or too jaded or hungry or hapless or self-doubting to rise up in resistance, safe havens shrink correspondingly.

Keeping the world at arm’s length, whether out of fear or disgust at the whole soiled mess, is to invite the very danger one is trying to avoid. For better and worse, the global village, troubled as it is, is here to stay. Ignoring or despairing of it, whether by spending all one’s time building a fortune or a physique, sitting on a meditation pillow or playing on a smartphone, will only hasten the day when we will have no say in any of it, the jungle of oppression having grown back to strangle any liberties the state determines, in all its capriciousness, to be undesirable.

“That is what history and human nature have led to in the past and will lead to in the future if not continually shaped, managed, and resisted. This is a pessimistic view of human nature, but it is not a fatalistic view. Nothing is determined, not the triumph of liberalism nor its defeat…The liberal order is as precarious as it is precious. It is a garden that needs constant tending lest the jungle grow back and engulf us all.”

Written in the wake of the 1982 Falklands War, a meditation, plaintive but not bitter, on a rumor going around a former shipbuilding town that the yards would be open once again and create local jobs—with the ships also serving as death traps or morgues for soldiers sent to fight…

8 comments to On Not Going It Alone: Robert Kagan’s “The Jungle Grows Back”