One More Thing I Was Wrong About: Bernie Would’ve Won

So yes, we wuz robbed:

Fidelity to an antiquated, fatally flawed electoral college system that violates every tenet of one-person, one-vote.

But we were also wrong.

When Donald Trump announced his candidacy, a couple of friends and I engaged in a long-running email laughfest that treated him as the joke we thought he truly was. Surely, such an obviously uninformed, narcissistic buffoon and royalist billionaire had zero chance of becoming president, but we would at least enjoy the comic value of his candidacy while it lasted.

On the other side of the aisle, Bernie Sanders rode some of the same heat of anti-establishment rhetoric as did Trump, but with the key difference that he was actually informed and articulate. Sanders held a kind of romantic appeal to Democratic voters and also disaffected Independents, very few of whom, I think, had any serious reservations about who he was as a person and what he represented.

The problem was, he’s a socialist, albeit a “democratic” one, and socialists don’t become presidents of the United States.

But then neither do uninformed, narcissistic buffoons and royalist billionaires.

And now, after I and many millions of others placed the ‘safe’ primary election bet on Hillary that turned out to be utterly perilous, we face the indignity and danger of a narcissist and demagogue of unparalleled scope assuming the presidency of the United States.

In retrospect, 2016 turned out to be a post-ideological election, voters going Obama’s “change” theme quite a few measures better by wanting to uproot the entire Washington establishment. Seems they were dead set on abolishing customs and norms that had delivered relatively safe, vetted, traditionalist presidential candidates into the oval office since the George Washington administration.

However much our presidents have varied on policy matters and ideology, they have represented a certain kind of professional political class that voters in recent years have increasingly grown to disdain.

This is why so many working class voters expressed willingness to slide from Sanders to Trump and vice versa, a remarkable crossover that baffled anyone who paid attention to the candidates’ policy proposals and character, which could not have been more Venus-and-Mars different. But it wasn’t about policy or character as such for the disaffected, un- and under-employed masses. It was about revolutionizing a system that no longer worked for them.

Which meant that the two candidates talking serious revolution—Trump and Sanders—were music to their ears.

As the campaign developed, the Real Clear Politics aggregate of polls matching Sanders against Trump showed Sanders with a consistent 9-13-point advantage, a point he tried his best to emphasize on the campaign trail. But it fell on deaf ears to voters like me. I simply never believed Sanders was electable, just as I never believed the Republican Party could possibly nominate Trump, much less elect him in November.

There’s no way to prove this now short of hopping into H.G. Wells’s time machine or onto the set of The Twilight Zone, but I think Sanders would have gone on to beat Trump, just as all the polls were indicating. I was clearly wrong about where America was headed and what deep emotion and need roiled beneath the surface of our electoral politics.

And were that to have occurred, today would see Wall Street hedge fund managers and industrial polluters fretting with at least some of the same worry and fear that virtually all Democrats are experiencing.

Perhaps I should have realized as much when Sanders—a socialist!!…in the United States!!—exhibited the staying power that he did, easily matching Trump on the other side for the sheer surprise factor of his long-running candidacy. Something was going on there, and I didn’t know what it was.

Tone deaf, is what I was.

And now, after I and many millions of others placed the “safe” primary election bet on Hillary that turned out to be utterly perilous, we face the indignity and danger of a narcissist and demagogue of unparalleled scope assuming the presidency of the United States. A person whom Sanders, clearly not a demagogue but definitely an idealist, would have trounced, given his fundamental decency, persistent voice for upending the established economic order, and ability to tap into much the same disaffection that fueled Trump’s rise and ultimate triumph.

There are more than a few lessons in all of this for those of us who have hewed to a faith in the essential moderateness of presidential politics as they have historically been practiced. We live in immoderate times, for many more reasons than we have time to enumerate here.

Playing it safe, as Hillary and the majority of Democratic primary voters did along with her, caused us all to go over the cliff together in a fearsome debacle. Clearly, that safe bet and equivocation didn’t answer to the needs of this time.

Which brings us to Donald Trump as the 45th president, and the lamentations accompanying that stark reality on this inaugural day.

My only response at the moment is that the 46th can’t come soon enough, and it is incumbent upon all of us who feel that way to be positively immoderate in doing everything possible to make it so. 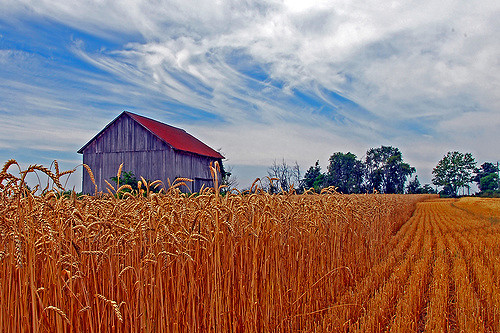 14 comments to One More Thing I Was Wrong About: Bernie Would’ve Won