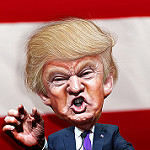 And we, who laughed heartily at the petty, petulant, juvenile showman with the orange hair who was slated to be our comic relief for a few early months of the campaign, until he either torpedoed himself with one too many offensive absurdities or the Old Guard had him summarily removed with a show of Old Money and Influence, now wring our hands and wonder why we didn’t, couldn’t, see it coming.

In a powerful sense, we were stupid.

The polls told us he was a continuing force. The voters confirmed the pollsters in state after state. P.T. Barnum had long ago warned us of suckers born every minute. Far worse had gone much further in this world.

Perhaps the one true thing Ted Cruz uttered as he got down to the nitty gritty in his last desperate days and addressed a Trumpista in Indiana: “Sir, with all respect, Donald Trump is deceiving you. He is playing you for a chump.”

We are still a deeply religious nation, but getting less so all the time, and Cruz, unlike the largely secular Trump, scares the bejeezus out of even most religious people.

Yet all the way through, Trump kept leading the delegate count, kept getting placed in the middle of the shrinking debate stage as every person on his flanks eventually dropped away. Kept scoring what seemed like 99 percent of the headlines: Trump this, Trump that & the other.

And we were drawn to read those headlines, hypnotized, mesmerized, a drugged-out nation getting its fix of mind-bending, mood-altering, “This can’t be true, can it?”

True confession: I’m still drawn to read nearly every Trump story I come across. Conveniently, there are often several per news and editorial section of any publication I care to peruse.

Fascinated to the end.

So it is bad, yes. But amidst the deep doldrums of pondering the preposterous—President Trump astride the world’s stage—I offer a consolation. It is in the form of a truism I hear with increasing frequency at this age, whenever a friend or associate confides a health scourge, a family challenge or job trial. Almost invariably anymore, it is followed jauntily by, “Well, it could be worse!”

And so it could, and frequently enough, is. That’s both the bitch and the saving grace of it.

Yes, as bad as Donald Trump is and may yet be as our president, it really, truly, could have been worse.

Exhibit B: his short-lived running mate.

I nominate that passing hookup, that affair of two surpassingly venal hearts, as the most desperate and odious Hail Mary pass of our time. So might we at least give voters some credit for not being impressed? Even if that means they voted for Trump instead? 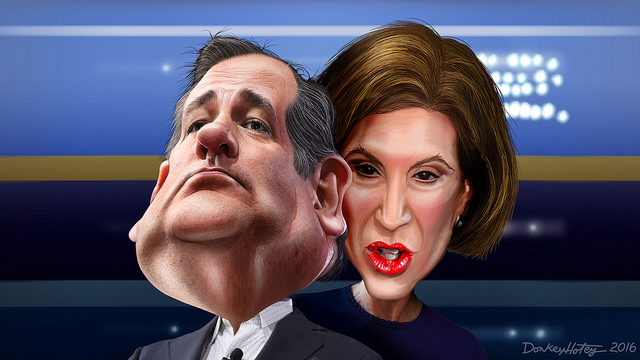 Cruz was always a more frightening candidate than Trump, ready to wreak whatever havoc he could on the nation with his reptilian cunning and dead-eyed focus on the prey he was seeking.

“Miserable son of a bitch,” is how fellow ardent Republican John Boehner described him. (I could have kissed him for that.)

And then, even more mockingly befitting his subject, a religious image: “Lucifer in the flesh.”

Where Trump identifies as a dealmaker, Cruz is convinced he has been anointed by God to, in words he seems to have cherry-picked from his savior and twisted to his own nefarious ends, “not bring peace but a sword.” And he is willing to wield that sword, to customize an old phrase, “on foe and foe alike,” given that from all available reports, he seems to have zero friends in the political world (his “running mate” perhaps excepted).

And contrary to the theme of humility that his savior projected at nearly every turn, Cruz regards his deep unpopularity as a sure sign of his righteousness, a badge of honor, as one more proof he is doing God’s brave lonely work fighting a world full of infidels.

But here’s the twist on the coulda been worse rubric: I don’t think Cruz had a prayer against Hillary Clinton. We are still a deeply religious nation, but getting less so all the time, and Cruz, unlike the largely secular Trump, scares the bejeezus out of even most religious people, save for the most fervent evangelicals. Has there been a more purely unlikable politician, anywhere, ever?

Trump, on the other hand, has a legitimate shot at beating Clinton, flawed and uninspiring candidate that she is turning out to be. If there is one lesson to take from this almost psychedelically weird campaign season, it is not to underestimate Trump—at least with respect to his appeal surpassing one’s wildest expectations (and fears). 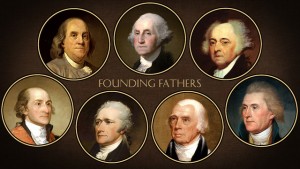 He is, in a powerful sense, a new breed of celebrity politician, with his celebrityhood alone enough to garner him saturating levels of attention. And he combines that magnetizing appeal to the camera and microphone with enough nativist, low-brow, boorish charm to appeal to those who feel forsaken and unheard by every conventional politician who comes to yammer at them about 5-point jobs programs to revitalize the Rust Belt.

In his hapless, policy-free, hopelessly contradictory pronouncements on matters he self-evidently knows next to nothing about and doesn’t care to learn, Trump the Billionaire Celebrity has managed to become Everyman, mad as hell about the modern world and yearning to go back, back, always back, to a better time, before the great change, the great confusion, the great slide of a once-great nation.

“We can be that again, you can be that again,” Trump tells steadfast admirers who have stood by him through the scores of gaffes that would long ago have ruined a lesser politician. But those politicians lacked essential character traits that Trump has turned into advantages in this most remarkable electoral season of our time.

For one thing, he’s not Ted Cruz.

Check out this blog’s public page on Facebook for daily, 1-minute snippets of wisdom and other musings from the world’s great thinkers and artists, accompanied always by lovely photography. http://www.facebook.com/TraversingBlog

All caricatures by Donkey Hotey, some rights reserved under Creative Commons licensing, see more at: https://www.flickr.com/photos/donkeyhotey/