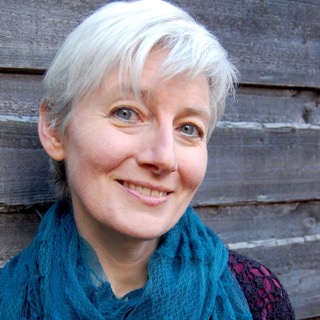 What kind of man summons his followers to tightly packed worship rallies that expose them to a potentially deadly virus, all the while denying its very existence and ridiculing those who seek to keep us safe us from it? One can’t help but feel we are not so much approaching but are now fully submerged in lunacy under the most wreckless man in America.

How powerful it can be when a nation’s leader beholds tragedy and lifts it (and our downcast heads) up to sing ‘Amazing Grace,’ straight from an overflowing and generous heart.

And for all this, I would be angry but for the fact that I am instead heartbroken, dismayed, crushed and incredulous that the election in five days will not be a 90% to 9% annihilation. Rather, upwards of 65 million people and perhaps 45% or more of the voting public will have surveyed the wreckage of these four years and not only abide its twisted, dark machinations, but assent to four more years of it.

Among them, people I know and love who refuse to see—or can’t?—no, I do not want to accept that they can’t see—how he daily violates the most fundamental tenets of human decency, and remains gleeful in descending to depths no politician in this country has ever dared go.

Before this tumult, I don’t think I ever truly understood  just how largely a president looms in a nation’s consciousness and very existence.

And how powerful it can be when one of them beholds tragedy and lifts it (and our downcast heads) up to sing “Amazing Grace,” straight from an overflowing and generous heart.

Little-known folksinger and songwriter Zoe Mulford wrote “The President Sang Amazing Grace” after the 2015 slaughter of nine parishioners at Emmanuel AME Church in Charleston, South Carolina. Mulford had lived without a TV for years but was visiting an aunt outside Philadelphia (Mulford had grown up nearby), with whom she caught the memorial service at which President Barack Obama eulogized the minister who was among the slain.

Obama, never lacking in empathy and good intentions, unexpectedly broke into an a capella rendition of “Amazing Grace” that seemed utterly pitch-perfect for the occasion and brought grins and tears to the clergy who shared the dais with him, to the assembled congregation, and a worldwide electronic audience who was either watching then or has caught it since from myriad sources on the Internet.

If you haven’t seen it in a while, or even if you have, go on and treat yourself to a remembrance of what a sane and humane president we had not long ago, and most righteously deserve again. Then we’ll get to the song it inspired.

Profoundly moved as anyone with a heart would be at such an eloquent gesture, Mulford had the advantage of her musical gifts to memorialize the moment, such moments of sheer grace never in danger of being too much or too frequent. So she wrote the song in the wake of the event and then included it in her 2017 album, “Small Brown Birds.”

Some regular airtime on independent radio stations followed, but a monster hit it was not, and like so many fine musicians the world over, Mulford was just settling the song in with her body of work when Joan Baez happened to hear it on her car radio.

Here’s what Baez had to say about it to NPR’s Ari Shapiro in a late February, 2018 interview:

“It’s an amazing little tune. When I first heard it, I had to pull the car over, because I started crying. And then for the first two weeks of trying to figure it out on the guitar, I kept crying. I was afraid that when I got in the studio, it wouldn’t be over. But I went into the studio, and then I just looked at the musicians and I said, ‘Let’s go to church.’”

Baez’s recording vaulted the song onto many more playlists and You Tube channels, and the rest is an ongoing history, with Mulford still not quite famous (she doesn’t yet have her own entry on Wikipedia), but certainly drawing richly deserved accolades for the inspiring song that came from being inspired in turn by President Obama.

She has also collaborated with Baez and illustrator Jeff Scher and turned it into a sweet children’s board book, for ages 5-7, and with the holidays just around the corner, well…

Here are that “amazing little tune’s” lyrics, followed first by Mulford’s recording, and then a couple of other versions I think you’ll be pleased to have beheld.

A young man came to a house of prayer
They did not ask what brought him there
He was not friend, he was not kin
But they opened the door and let him in

And for an hour the stranger stayed
He sat with them and seemed to pray
But then the young man drew a gun
And killed nine people, old and young

This is one of those songs that stands by and speaks for itself, nothing obtuse or dense, more prayer than poetry, perhaps, recalling a prayerful and transcendent moment in American history, atop an unspeakable tragedy. Tender, looking to bind up wounds.

After Tuesday, we could stand for plenty more of the same, and a long sustained avalanche of normal.

Normal kindness, normal civility, normal disagreements, normal restraint, normal respect, normal listening and arguing and maybe, sliding in with and as a result of all those, the bare beginnings of an amazing grace.

After all, it’s supposed to be dispensed freely by all that is good and true in this world, is it not?

O.K., two other versions: couldn’t let you slip away without Ms. Baez herself, and then the other, quite remarkable, more overtly sacred version from the Ethiopian-American singer Meklit, accompanied from the sonorous depths of creation by the always amazing Kronos Quartet. Enjoy! And: Vote!!