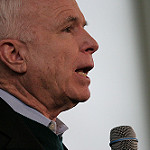 Toward that end, I would like to lift up not the many fine speeches and written reflections observers have poured into the void since McCain’s passing, but return instead to one of his own last Senate speeches, easily one of the most eloquent of his career. It took place on July 25 a year ago when he returned to the capital from Arizona after his brain cancer diagnosis to announce that despite having voted to continue debate on the health care bill that was seeking to overturn Obamacare, he would not be voting for it in its current form.

(Three days later, despite additional frantic adjustments on the bill by McCain’s fellow Republican legislators, he issued his forever memorialized, theatrical thumbs-down “salute” to it and the president, no doubt one of the most powerful speeches ever proffered on the Senate floor, despite it containing not a single word.)

Laced with generous dollops of self-effacement, McCain gently urged his fellow senators to think hard about putting bitter partisanship aside and returning to compromise and the “regular order” of the Senate so that it could once again live up to its historic stature in service to the nation:

“I’ve known and admired men and women in the Senate who played much more than a small role in our history, true statesmen, giants of American politics. They came from both parties, and from various backgrounds. Their ambitions were frequently in conflict. They held different views on the issues of the day. And they often had very serious disagreements about how best to serve the national interest. But they knew that however sharp and heartfelt their disputes, however keen their ambitions, they had an obligation to work collaboratively to ensure the Senate discharged its constitutional responsibilities effectively. 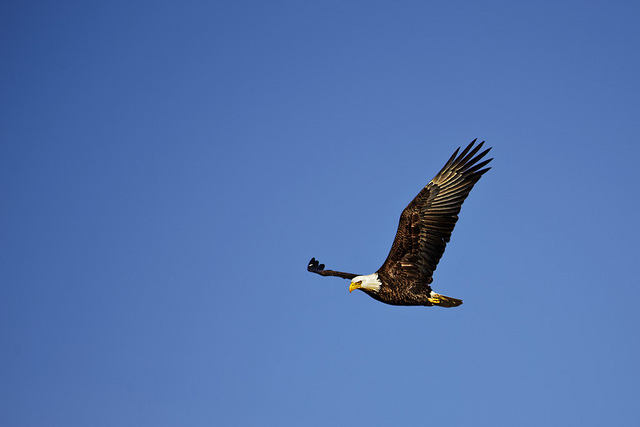 This thread of humility rather than hegemony, of looking to a larger purpose beyond naked partisanship, runs throughout McCain’s Senate speech.

Not for him, the goal of large-scale, sweeping change hailed as “revolutionary” by besotted backers and heresy by opponents. McCain was a creature of a Senate, where, he observed:

“Our responsibilities are important, vitally important, to the continued success of our Republic. And our arcane rules and customs are deliberately intended to require broad cooperation to function well at all. The most revered members of this institution accepted the necessity of compromise in order to make incremental progress on solving America’s problems and to defend her from her adversaries. That principled mindset, and the service of our predecessors who possessed it, come to mind when I hear the Senate referred to as the world’s greatest deliberative body. I’m not sure we can claim that distinction with a straight face today.” 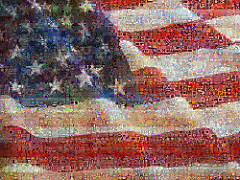 Notice the call to compromise, the paean to “incremental progress” and the past’s “most revered members of this institution,” not to be confused with those of the current Senate, which he would be almost embarrassed to claim as “the world’s greatest deliberative body.”

He also suggested that both sides take a long hard look at the demonization they project on the other.

He urged them to consider the very intent of our Founders to make it extremely difficult to legislate and move the country in any given direction without great debate, sober reminders of human weakness and fallacy, and exceedingly incremental change.

Change should be hard and require often odious compromise that leaves every legislator with far less than a whole pie for his or her troubles and still famished for more, said this band of 1776 revolutionaries who cast a wary eye on revolution.

McCain said it this way:

“Incremental progress, compromises that each side criticizes but also accepts, just plain muddling through to chip away at problems and keep our enemies from doing their worst, isn’t glamorous or exciting. It doesn’t feel like a political triumph. But it’s usually the most we can expect from our system of government, operating in a country as diverse and quarrelsome and free as ours.”

Implicit in that is Churchill’s memorable line:

In this fractious era, our own democracy feels far more fragile and imperfect than even Churchill was envisioning, given that the two main political parties resemble exasperated marriage partners with their arms folded and sullenly turned away from each other on opposite sides of the house.

Heap the most divisive and emotionally infantile figure ever to bestride the Oval Office onto that mix, and you have a country sorely in need of a major therapeutic intervention. McCain, in his dogged way, was trying to be that therapist in this speech.

Notably, like the imperfect-but-still-trying adult that he was, he also owned up to his own actions in having helped create the whole sorry mess:

“Both sides have let this happen. Let’s leave the history of who shot first to the historians. I suspect they’ll find we all conspired in our decline—either by deliberate actions or neglect. We’ve all played some role in it. Certainly I have. Sometimes, I’ve let my passion rule my reason. Sometimes, I made it harder to find common ground because of something harsh I said to a colleague. Sometimes, I wanted to win more for the sake of winning than to achieve a contested policy.”

In that mea culpa, McCain joined himself to his Senate colleagues from both parties, and, in a larger sense, to the entire nation of imperfect, often floundering, emotionally fissured souls, the vast bulk of them with good intentions and, unfortunately and oh so humanly, biases and blind spots that leave them too often at the mercy of their passions.

And while it is true that there is no full and permanent cure for our varying degrees of ignorance and intransigence, it is just as true that humility is the true foundation of whatever righteousness we can claim, without which no good, communally beneficial change can ever occur.

“I hope we can again rely on humility, on our need to cooperate, on our dependence on each other to learn how to trust each other again and by so doing better serve the people who elected us. Stop listening to the bombastic loudmouths on the radio and television and the Internet. To hell with them. They don’t want anything done for the public good. Our incapacity is their livelihood.”

Touché, John McCain, for that last unequivocal pillorying of the public menace that is cynical media millionaires making hay off our passions. He wrapped that critique inside a call for greater humility that recognizes senators’ ultimate “dependence on each other,” perfectly capturing the jagged, contradictory, sometimes tortuous, literally tortured path he traversed to his status as an American icon, profoundly imperfect, combative, but ever striving.

In that way, he was a stand-in for all of us whom he sought, in his better moments of dancing with angels, to represent.

***
Leonard Cohen, as singular and personally powerful a man as was John McCain, singing his own hymn to democracy.