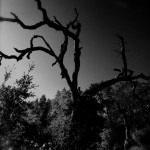 “April is the cruelest month…”

Those first five words of T.S. Eliot’s seminal poem The Wasteland are quoted with regularity this time of year, often with ironic humor, given their almost bitter stance that ascribes cruelty to the burst of flowering beauty across spring landscapes through much of the world. It’s something we Californians might jocularly offer via text message to friends in the East who are stuck with a foot of snow on the ground while we’re making plans for Easter picnics.

Much of what follows in The Wasteland, however, can come across as an arduous slog through obscure literary references, many of them in foreign languages with no translation offered. This is one reason why the poem has long been a kind of feasting ground for academics to offer dense and convoluted interpretations for each other’s sometimes indignant argumentation, with the common reader left out in the cold.

That is a pity, because for all its dark obscurantism, The Wasteland is also an astonishing and readable poem that rewards both the fast and the slow reader, each to her own needs and sensibilities, no Ph.D. required.

It had been many years since I’d read it in full, and the Christian observance of Good Friday leading to Easter felt like a fine time for a reacquaintance.

All that progress, knowledge and wisdom accrued over the eons: crashed amidst the latent savagery of the human heart…

The poem’s 434 lines are spread across only 17 pages of a small paperback, easily read in under an hour if one worries not about consulting Sanskrit, Greek, German, French or Italian dictionaries to track down Eliot’s multiple meanders into foreign phrases.

While understanding the literal and contextual meanings of those phrases may enhance the pleasure one derives from the text, it is also true that the English suffices as a powerful meditation on a historical era and as a glimpse into a poetic sensibility perhaps unmatched for its moral gravitas.

Eliot was in many ways a tortured individual, born into the wrong country (the U.S., which he fled at age 25 to eventually become a British citizen), and married to the wrong woman (his wife was mentally unstable and spent the last 15 years of their 22-year marriage institutionalized until she died; he later remarried).

Born in 1888, he came into his maturity just when a senseless world war of shocking brutality shook and nearly destroyed the foundations of Europe’s self-congratulatory emergence from and supposed integration of The Enlightenment. 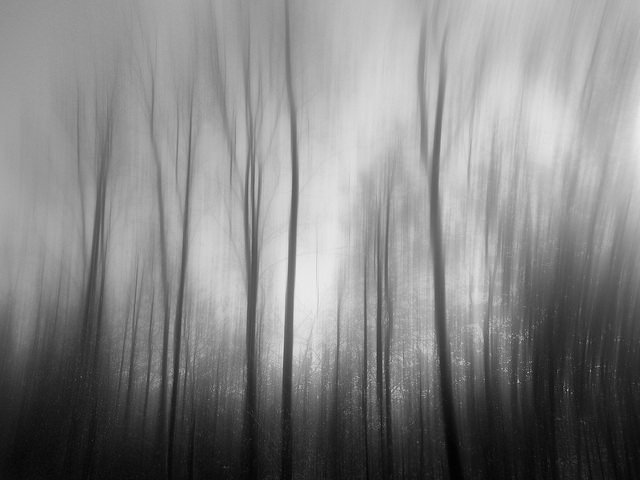 All that progress, knowledge and wisdom accrued over the eons: crashed amid the latent savagery of the human heart, which, it appeared now, had been like a snake coiled, waiting for the right stimulus to lapse back into the irrationality that had plagued humanity through its primitive development.

The war rocked Eliot and all his intellectual brethren back on their heels, and The Wasteland can be read as a haunting, anguished reflection on its costs and commentaries.

The Enlightenment had raised the specter of humanity emerging from God’s imposing shadow into the true freedom of the rational and the beautiful, out from under ancient superstition and projection. Now this supposed “war to end all wars” had not only dashed any such hope of human self-sufficiency, but had also brought into sharp relief the question of how any God, if such an entity existed at all, could have permitted such carnage from dark flawed hearts, after so much flowering had occurred from the previous travails of our history.

With humanity benumbed and God apparently absent, where were we to turn? Eliot truly didn’t know, which accounts for the intense near-despair that radiates through virtually every line of the poem. A sampling of his imagery that paces dirge-like from one line and section to the next:

What are the roots that clutch, what branches grow
Out of this stony rubbish? Son of man,
You cannot say, or guess, for you know only
A heap of broken images, where the sun beats,
And the dead tree gives no shelter, the cricket no relief,
And the dry stone no sound of water.

The dryness that comes with drought, age, and death is fundamental to much of The Wasteland. It bespeaks both a physical and spiritual depletion, a dimming of the life force, a withering of hope and desire. Eliot gives brief voice to a variety of figures through the poem, and notably, all of those permitted to speak, beyond the narrator himself, are female. Here, a young girl:

“You gave me hyacinths first a year ago;
They called me the hyacinth girl.”

And he answers her:

—Yet when we came back, late, from the Hyacinth garden,
Your arms full, and your hair wet, I could not
Speak, and my eyes failed, I was neither
Living nor dead, and I knew nothing,
Looking into the heart of light, the silence. 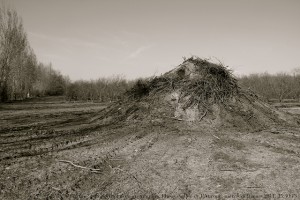 Atop humankind’s penchant for violence comes its historic repression of sexuality, particularly acute in Eliot’s patrician social class and Anglican religion, with its lingering Puritan ethos. In the lines above, we have a girl with flowers and its implied freshness of youthful sexuality. The narrator’s response is complete impotence, unable to say or know anything, eyes failing, stuck in a limbo of neither life nor lifelessness, just mute silence.

Later, the narrator beholds a bejeweled woman of wealth speaking with increasing desperation to her absent or merely mute lover:

“My nerves are bad to-night. Yes, bad. Stay with me.
Speak to me. Why do you never speak? Speak.
What are you thinking of? What thinking? What?
I never know what you are thinking. Think.”

This cry of anguish raises the possibility of the impossibility of true communication. Can we even hear and truly listen to each other when we are so disconnected from our true selves, our true self-understanding? The subsequent lines would suggest not:

I think we are in rats’ alley
Where the dead men lost their bones.

Dead men, silence, a wind at once foreboding and then nothing again. It brings to mind Eliot’s contemporary Hemingway’s lamentation in A Clean Well-Lighted Place: “Our nada who art in nada, nada be thy name…”

And if nada be thy name in a “rats’ alley,” we are in a heap of trouble on this human quest to salvage some possibility of wholeness from the carnage of history.

Reading The Wasteland on Good Friday and writing about it on Easter, the starkness of Eliot’s choice to be a Christian of the cross rather than of the resurrection could not be more clear.

Whether that choice resulted from his historical circumstance, his upbringing, basic personality or some combination thereof is difficult to say, but there’s no mistaking it wasn’t joyful Good News that fired either his literary or spiritual imagination.

I’ve found myself fantasizing about a playwright placing Eliot in an evangelical, “prosperity gospel” church, its members swaying joyously to music, eyes closed, palms open, heads lifted heavenward. Eliot, with an increasing sense of panic, is desperate to find an exit door lest he suffer a complete breakdown among this wholly alien tribe. (But of course, Jean Paul Sarte has a role in this play, too, so there is No Exit to be had…)

Is Eliot’s essentially dark vision of the agony in the garden rather than the joy of the empty tomb still relevant today, when so many of us are busy with families and worried about the economy, even as we are steeped in technological wizardry and distracted unto death with media flashing at us with almost every beat of our heart?

Upon reflection, perhaps all our obsessions and distractions are working well, doing their job of protecting us from the deeper malaise that befalls when we become silent and humble enough to see our tenuous plight.

Meanwhile, our still unfulfilled task remains: to become at least civil with each other as a first step back from terror and intolerance, persecution and judgment, torture and war.

Eliot didn’t know quite what to do with the hope his religious tradition promised in the face of what he saw, experienced and thought of this fallen world. He said as much in this poem:

It’s a question of this day and every day, and it is a noble life indeed that takes it seriously and makes a fresh determination to answer it anew with each dawn. 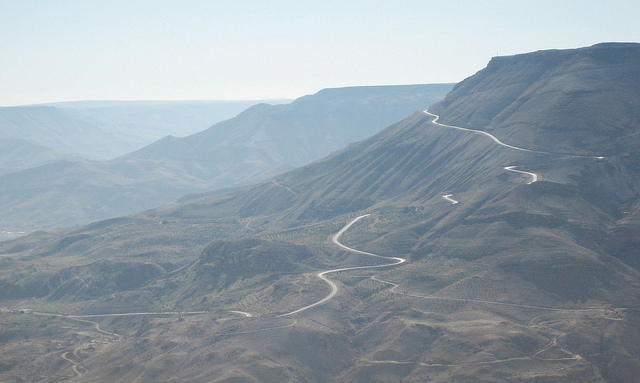 The full text of The Wasteland can be be found at: http://www.bartleby.com/201/1.html