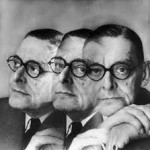 It is not for nothing that the website rapgenius.com, with its mission of elaborating the lyrics of modern rap music, dedicates space on its site to presenting the entire text of Four Quartets by T.S. Eliot, whose persona of buttoned-down English classicism would appear to be about as far removed from rap music as Othello is from modern television sitcoms. But appearances deceive, and to read this Eliot masterpiece some 75 years after its publication is to enter a zone of rhythmic drive and momentum that almost begs for interpretation by a rap artist.

Accompanying the sustained rhythm of the four poems that make up the Quartets is dead-serious imagery of the modern psyche under assault by time, the ravages of history, and the diminution of traditional religious faith. The result is a work of unparalleled power and enduring relevance for our age.

This relevance was also attested to just a week ago at Duke Divinity School, where modern artist Makoto Fujimura enacted a unique vision of the Four Quartets by bringing together painters, musicians and academicians who offered their own homages to the work in the course of an evening.

Whether approached from street-savvy rap music or the mannered holy enclave of Duke Chapel by an eminent modern painter, Four Quartets speaks to human longing in ways both old and new, timeless and time-bound. The fierceness of its pace and voice and the sheer weightiness of its sentiments assures it a permanent place in our world of letters. 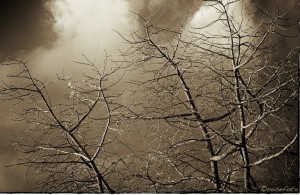 Time—its passage, its weight, its oppression, and the human need to either stop or transcend it—is the great theme of Four Quartets. Eliot was a well-bred Unitarian born in St. Louis in 1888 (his grandfather founded Washington University there). At 39 years old, stuck but committed to a profoundly unhappy first marriage with a wife who eventually fell prey to mental illness, he came to embrace a stoic Anglicanism more focused in both temperament and in his poetry on the crucifixion rather than resurrection. (“He preferred to write of flowers, and even when engaged in that, he was more aware of their withering in the dawn than of their freshness,” is how his friend and memoirist, Robert Sencourt, charmingly put it.)

Eliot had been an expatriate since a few years after his Harvard graduation in 1909 and came to be identified in every way with his adopted England, right down to the notable accent he demonstrates on his readings of the poem available on You Tube. One need not trace nor even understand every reference in the Quartets to be stirred by the no-nonsense authorial voice, the earnestness with which he approached this serious matter of life. Can and do we waste large swaths of it in vacuous pursuits? Eliot did not. The formal structure and tone of Four Quartets strains mightily to capture and distill elemental truths in the midst of the author’s obvious enchantment with the music of words.

Before the beginning and after the end.
And all is always now. Words strain,
Crack and sometimes break, under the burden,
Under the tension, slip, slide, perish,
Decay with imprecision, will not stay in place,
Will not stay still.

Indeed, nothing stays still, despite Eliot’s “basic orientation toward states of stillness and immobility,” as biographer Bernard Bergonzi put it. Bergonzi noted how Eliot’s seeking after this “still point of the turning world” reflected the fact that “the religious influences at work in the Quartets are as much Oriental as Christian.”

Eliot had learned Sanskrit and studied Hinduism while at Harvard. He deftly wove that tradition’s perspectives on the illusion of time into the poem at several junctures, even while keeping it firmly anchored in the implications and demands of Christ’s incarnation. In this almost desperate assault on the contradictions and ravages of time, Eliot also anticipated similar questions that came to the fore later in modern physics.

Time present and time past
Are both perhaps present in time future,
And time future contained in time past.
If all time is eternally present
All time is unredeemable.

And into that unredeemable time goes redeemable humankind, chastened by knowledge of its own mortality and checkered history, struggling to bring intellectual coherence to messages of hope from traditional religions entangled in a long sustained clinch with the findings of modernity. 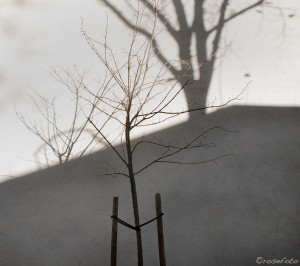 For Eliot, the way out of that clinch was a full frontal embrace of the Christian mystery, with an emphasis on the demands that faith placed on individuals in a fallen and mortal world.

There is no happy talk or “prosperity gospel” preached in the Quartets, no breezy implorations to be saved for eternity by mouthing a magic formula. It is not “Oh joy, I am saved!” that one hears from Eliot, but “Oh my God, I am saved…” Salvation and life itself is a hard and sober slog, and what there is of being saved in this world happens as much via the consolations of art—or the religious dimension of art—as by religion itself.

(Though we should note the essential mystery and contradictions in every human soul in the fact that Eliot also authored the whimsical “Old Possum’s Book of Cats,” which was made into a riotous Broadway musical by Andrew Lloyd Webber in 1982.)

Also: late in life he took great delight in befriending and hosting in his London flat none other than Groucho Marx, whose comedy he had long revered. They reportedly swapped photographs prior to their meeting, with Marx remarking on how handsome Eliot was, apparently unkiddingly. To which the contemporary phrase “Go figure…” applies rather nicely, I think.

The fusing of religion and art is what Fujimura & Co. explored in their Duke Chapel program, “Engaging Eliot: Four Quartets in Word, Color and Sound.” The pairing of artistic interpretations of the poems in various media is itself an act of profound art, exploring new possibilities, new modes of expression, new colors and tonalities in a classic work that is addressed with all due reverence by talented artists.

It could only have been improved, I think, by the commissioning of an eminent rap artist to give full twenty-first century voice to a work that is likely to span centuries as humankind confronts ever and again what Eliot described as his own “intolerable wrestle with words and meanings.”

We can be thankful that Eliot provided the words in beautiful abundance. The meanings are up to us to form and apply, as best we are able, to these precious short lives bequeathed to us.

See http://tinyurl.com/byf68ek for the full text and mostly correct lineage of Four Quartets.

Makoto Fujimura’s website, full of renditions of his paintings and reflections on the role of art, the artist, and faith, is available here.

For the full “Engaging Eliot” program, see http://www.youtube.com/watch?v=qBD_OWu9UA8, though be mindful that apparent technical difficulties make the first 15 minutes a long screen shot. Simply fast forward to the program’s start.

You Tube also has notable readings of the Four Quartets, among them by Eliot himself (see link above), his fellow poet Ted Hughes (also in a Brit accent) and another (brief excerpt) by the actor Willem Dafoe, who gives it his own rather blissed out spin but at least begins to get more at the poem’s musical possibilities with a jazzy/drummy backdrop and some dreamy visuals.