Rethinking the Arc of Justice and Progress 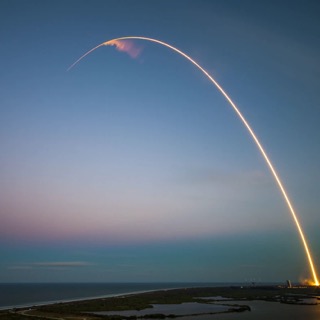 Since almost from the beginning of recorded time, humankind has wedded itself to the notion of progress in all things. We need look no further than the experience of our own growth in stature cutting across every facet of our lives: the larger and stronger brains and bodies of maturity paving the way for our ever greater competence, confidence, creativity and life satisfaction.

Until, that is, our inevitable decline.

But that’s when our successors come to the rescue, extending our influence, keeping us alive in some figurative sense, each new generation building on the last and becoming even larger, stronger, faster, smarter, the sum total of human knowledge and history keeping us on a constant trajectory of expansion and progress.

The same principle applies on the individual psychological-spiritual level as well, in the arc of personal histories that we like to think move us steadily toward more wholeness, wisdom and love.

Evolutionary theory bears this idea out at every turn. Survival of the fittest among all life forms, very much including our own, assures an ever more adaptable population, better suited to the challenges of its time.

This idea has enjoyed its own variation in religions, most of which see at least human life, whatever its current sufferings endured by any individual, swept up into a greater cosmic narrative primed for ultimate perfection in some version of heaven or unity with the godhead.

Or so the idea has always gone.

From Martin Luther King’s popularization of the phrase originally uttered by 19th century Unitarian minister Theodore Parker (“The arc of the moral universe is long but it bends toward justice”) to the invocation by the 20th century Jesuit priest-scientist Pierre Teilhard de Chardin of an “omega point” involving union with God toward which all of creation is heading, it seems an article of faith among at least the more optimistic among us that whatever our current travails, things are, by a kind of magic guiding hand, destined to work out for the better in the end.

Now more than a fifth of the way into the 21st century, in a new millennium that began with a splendid show of fireworks over Sydney Harbor and a preponderance of hope and confidence in the future steadily cascading through every succeeding time zone of the world, there seems plentiful reason to ask: “Is any of that true?”

Harvard historian Timothy Snyder recently weighed in on some of these matters with Ezra Klein of the “New York Times” on Klein’s fine twice-weekly podcast. Snyder has authored six books on Ukraine, but is likely known to more people through his slim, one-sitting read, “On Tyranny: 20 Lessons from the 20th Century,” which tore its way through the anti-Trumpist movement in 2017 as a kind of guide to understanding and thus, with effort, perhaps helping to derail, the worsening despotic signals of our time.

He followed that up the following year with “The Road to Unfreedom,” focused on Russia’s renewed expansionism.

Prominent in the 74-minute podcast is Snyder’s indictment of what he terms the “politics of inevitability” that much of the West seems to employ as a kind of self-comforting lovey when faced with the terrors that still manifest with depressing regularity across the globe.

Snyder is not the only thinker who sees this as naive at best and perhaps dangerously deluded at worst.

“The basic notion is that history is over. Markets bring capitalism. We are exceptional, but will no longer be because everyone will soon become like us. That’s the way the world is actually moving. And then that brings with it a predictable set of problems…For example, wealth inequality or addiction to social media, because all of these forms of things that you expect to be progressive don’t turn out to be….The politics of inevitability teaches you to narrate in such a way that the facts which seem to trouble the story of progress are disregarded. So…if there is huge wealth inequality as a result of unbridled capitalism, we teach ourselves to say it’s kind of a necessary cost of this overall progress. We learn this dialectical way of thinking by which what seems to be bad is actually good.”

On the political-historical level, this applies whether the facts entail Putin mauling Ukraine, Isis resurgent in the Middle East, the former leftist darling Daniel Ortega turning dictatorial in Nicaragua, or the ravages of homelessness, addiction and Trumpism in the world’s supposedly most advanced democracy. 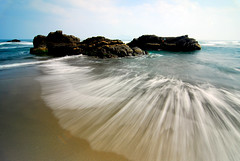 But the same principle applies on the individual psychological-spiritual level as well, in the arc of personal histories that we like to think move us steadily toward more wholeness, wisdom and love.

Can and do we make strides in that direction?

Of course. Shoot me now and end my isolation if I haven’t seen into and been able to practice at least some of my time in that light.

But that very recognition, like all things, comes with a shadow side: It can also turn us toward an unbearable smugness, a personal “spirituality of inevitability,” in which we convince ourselves that if we just wear the correctly angled beatific smile of the Buddha on our faces, go on enough yoga retreats to Costa Rica and bleat on like Ben & Jerry about peace, love and Cherry Garcia, at least our own if not the world’s suffering can be overcome, and we will neutralize the roiling, crazy loons who still (and always will) occupy the nether regions of our psyche.

There’s a reason why we laugh so readily when comedians trot out the now time-honored thought bubbles above their characters, the incessant neurotic patter in the bubble overlaying the verbal niceties being exchanged at ground-level discourse.

“Yep, that’s it!,” we exclaim. Close to the bone, and all the funnier for it.

I’ll say this: it signals a modicum of mental health that we laugh about it rather than lapse into despondency. 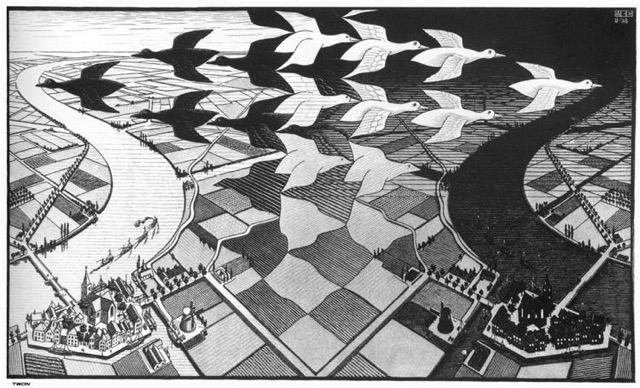 But the neuroses exposed in our thought bubbles are tame fare indeed when held up against the evils of Putin or the mass delusions clung to with such ferocity in MAGA Land.

Or even worse, the full recognition of those delusions but the cynical use of them for naked political power ala Cruz, Hawley, Haley, Graham, Cotton, Carlson, et al.

But everyone is self-blinded to some degree, the biblical beams in our own eyes obscuring the vision of things as they are.

Is there some truth to that arc of justice that MLK cited to such effect, and which in many ways his spiritual-political heir Barack Obama represented and repeated with his own talk of that arc and his sometimes smug claims and exhortations of being on “the right side of history.”?

Only to this degree, I have come to think: We have to work our asses off for it.

So in that sense, the claim of “inevitability” is to mistake in the extreme what we are up against. 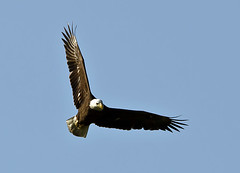 There is zero guarantee that human freedom will win out in the end. Whether due to evil and oppression from without or our own willing slide into somnambulance as robots and their computer chips take over our brains and lives, no one—not God nor fate nor any historical arcs—can save us without our active, alert, and energetic participation and claiming of our own desire for sovereignty on both a personal and societal level.

There is simply too much evil and avarice and will to power lurking in the human heart for the forces of good ever to go on holiday.

(This is one reason that although I began this blog nearly a decade ago intending to focus it on the humanities without reference or even a category for politics, I have since realized that wholly ignoring the political is to be strumming a guitar on the beach in a hurricane, and without significant resistance to political evils, there will be no humanities worthy or capable of defense.)

As we have seen throughout history and in recent years with our own democracy under sustained and not inconsiderable assault, the human project is wobbly by nature, the strength of our outsized brains not wholly erasing, by any measure, the frequent flailing of our emotional armature.

“Man, the rational animal,” various philosophical tomes on our origins used to proclaim.

Other times, our rationality falls prey to the biases and blindness we can only tame but never vanquish altogether, human as we are.  Or worse, we place our rationality in the service of cunning and evil.

If that evil is cunning enough, it can become an overwhelming force, with an advantage over the good because the good’s nature is to desire harmony, practice forgiveness, and employ trust that the good can always be found, pulled from the shadows and liberated by love.

“The day will come when, after harnessing the ether, the winds, the tides, gravitation, we shall harness for God the energies of love. And, on that day, for the second time in the history of the world, man will have discovered fire,” wrote Teilhard de Chardin in a 1934 essay.

Elsewhere, he proffered his own brand of Darwinian Christianity, making plentiful room for science and a deliteralized creation story but clinging fiercely and eloquently to a faith-based understanding of God waiting in the wings for humanity to meet up with him once it has awoken to itself.

For all this, Teilhard got on wrong side of the Vatican over many years, a familiar dreary story of his books and classroom teaching being banned, lest impressionable Catholic minds be swayed from embracing “correct” doctrine.

“The whole future of the Earth, as of religion, seems to me to depend on the awakening of our faith in the future,” he once wrote in a letter to a friend.

It’s an optimistic and heady vision, and likely a necessary one if we are to continue fueling the good in its attempt to prevail in the truly cosmic struggle with evil.

But another observation looms as well, often misattributed to 19th century classical conservative philosopher Edmund Burke, true source unknown: “The only thing necessary for the triumph of evil is for good men to do nothing.”

In a time when the enduring forces of evil and oppression lap with renewed purpose at the shores of the civilized world, may those words serve as a clarion call for good people unconvinced by the inevitability of anything but committed to doing one something after another in pursuit of the good.

“But it’s written in the starlight/And every line in your palm/We’re fools to make war/On our brothers in arms.”

9 comments to Rethinking the Arc of Justice and Progress