Sex and Other Happiness Pursuits: “The Sessions” and Disability Rights 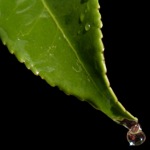 Sex, eating, drinking and sleeping form a kind of Holy Quartet of what psychologists call “needs-based cognitions,” but the first of those is by far the most complicated in human life. For all its nearly non-stop saturation in our media, we remain profoundly conflicted about sex, not the least of those conflicts reflecting the vulnerability inherent to nakedness and our suspicion that surely other people—probably everyone else—gets more sex and is less conflicted about it than we are. (Aren’t you?)

These questions and conflicts (and their silliness) are brought into sharp relief with the issue of body image, that intense exposure of our “imperfections” to the gaze of another. (Halle Berry, you can stop reading now.) These imperfections, of course, involve more than just our physical selves but reach down to the core of our emotional imperfections as well. (Halle, you may want to pick this up again…)

So tender and child-like needy we can be down in those depths, yes? And in probably no one is this vulnerability more pronounced than in those living with profound physical disabilities.

Which brings us to The Sessions, the extraordinary indie film that generated such heat at last year’s Sundance Film Festival and went on to win a Best Supporting Actress nomination for Helen Hunt. The film tells the story of Mark O’Brien, a journalist and writer confined most of his life to an iron lung after contracting polio when he was 6 years old.

O’Brien, who died in 1999 at age 49, had only three functioning muscles in his body (in his right foot, neck and jaw, respectively). But in one of those cruel cosmic jokes that leaves one questioning the beneficence of the creation, he remained sexually potent, with all the same urges, passions, fantasies and needs those of us with fully functioning bodies have trouble enough navigating in our lives. (He’s pictured below with Susan Fernbach, his late-in-life girlfriend.) 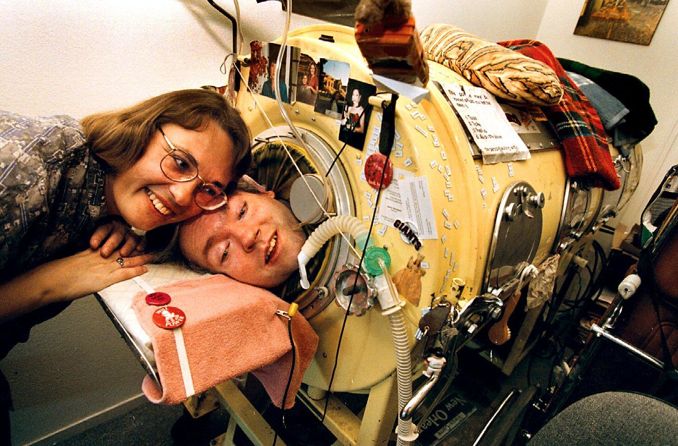 At age 36, O’Brien, a lifelong devout-but-questioning Catholic, hired sex surrogate Cheryl Cohen Greene to introduce him to the pleasures of the flesh and its attendant intimacy. This after intense discussions with his priest about the propriety of what is essentially a sex-for-hire arrangement, though Cohen Greene carefully elaborated the substantive differences between prostitution and time-limited (six sessions max), therapeutically goal-directed surrogacy.

Among the film’s many attributes is its serious treatment of religion in both O’Brien and his priest, finely rendered in all his flesh-and-blood conflict and kindness by William H. Macy. When O’Brien presses home the question of whether surrogacy (and its doctrinally verboten sex-outside-marriage context) would pass muster with God, the good Father Brendan gazes up momentarily, brow-furrowed, at a statue of Jesus and says, “In my heart I feel He (God) will give you a pass on this . . . Go for it.”

I wanted to hug that Father (and director Ben Lewin, himself a polio sufferer) right that moment, so tired am I of fallen priests, drunken priests, predator priests, scolding priests, rather than simply human priests, themselves vulnerable and open to the challenges and conundrums of fleshly existence.

The Sessions is rife with heart-rending scenes, and let us not pass lightly over Helen Hunt, nearing 50 and spending a good part of the film frontally nude, in unflattering light, as she no doubt grappled with her own exploration of vulnerability and exposure in the service of helping tell this powerful story.

The film makes a fine companion piece to director Jennifer Lu’s 1996 Academy Award-winning documentary, Breathing Lessons, which more globally addressed O’Brien’s life rather than focusing solely on the sexual surrogate period. O’Brien holds forth a great deal in Breathing Lessons on his questioning of God and the meaning of his illness. It makes for a deeply affecting 35 minutes, available en toto online.

Disability causes me to believe more strongly in a duality between body and spirit, because I don’t want to be this body, I want to be the soul,” he said. “Because if I’m a soul, I’m as good as you, but if I’m a body, I’m up Shit Creek, ain’t I?

Owing almost exclusively to the nascent disability rights movement which jumped right atop the tide of racial and gender rights advocacy coursing through America after mid-century, O’Brien got the support he needed to enroll and graduate from UC Berkeley with an English degree while living all but a few hours a day in an iron lung. He had become a familiar figure tooling around the campus neighborhood while reclined on a long gurney, the motion of which he controlled via a stick in his mouth—with a mighty assist from strategically placed mirrors.

O’Brien’s achievement of earning a college degree and then being accepted to Berkeley’s Graduate School of Journalism reflected the huge strides made in spreading basic human rights to formerly dispossessed populations. His achievement of orgasm (with full penetration!) in a willing female partner was but another stride in that same quest toward full inclusion of people with disabilities within the everyday warp and woof of life. That quest is being carried on even as I write by a coalition of nonprofit organizations assisting people with disabilities across the full spectrum of life activity: education, employment, independent living, social relations and economic security.

The premise of the Coalition to Promote Self-Determination (CPSD, http://thecpsd.org) is that all human beings deserve the fullest possible opportunity to become productive, interactive, self-satisfied and contributing members of society, and that society benefits greatly when it affords individuals with disabilities the necessary supports to make that happen. That when we focus only on the deficiencies of such people, we perpetuate a warehousing model that ensures their lifelong social misery and economic deprivation, to the betterment of no one.

“Mark’s true yearning was not for regular access to sexual release but for full inclusion in a society too often indifferent to the common humanity of its disabled members,” wrote J. Wesley Smith in the journal First Things. “Indeed, his personal calling was to wage all-out war against society’s tendency to isolate the disabled and, concomitantly, to demand respect, that simple but indispensable mutual acknowledgment that we owe each other as equals.” 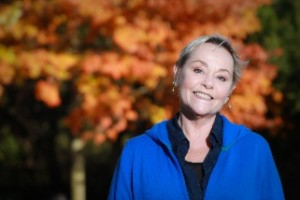 O’Brien described a beautiful moment while the camera rolled in Breathing Lessons, and The Sessions scriptwriter and director were wise to include it in their film. Shrunken from his disease at 4-foot-7-inches and some 60 pounds, he struggled mightily against self-loathing of his own body and being. “Disability causes me to believe more strongly in a duality between body and spirit, because I don’t want to be this body, I want to be the soul,” he said. “Because if I’m a soul, I’m as good as you, but if I’m a body, I’m up Shit Creek, ain’t I?”

Nevertheless, at one point during a session with Cohen Greene (pictured just above), she leaned over and kissed his chest. The effect of this surpassingly normal lovemaking gesture was both immediate and profound. O’Brien started to cry, and Cohen Greene knew something powerful had occurred. He had always hated his chest, thought it unmanly in a world of buffed chests that had achieved the new-speak status of “pecs.” Now a person, an other, a woman, had kissed and nuzzled it, in a brief moment of basic affection and regard. He recalled it fondly till the end of his life.

People with disabilities of every type, every level of intellectual acuity, every personality profile, share the same characteristics and needs of the able-bodied: the need for acceptance, expression, inclusion within a tribe, the warm embrace by those who know and see them in all their uniqueness. The desire to be held and stroked—physically, emotionally, spiritually—in regard and respect, and to explore their own holding and stroking in return.

It’s so very basic in the end. But getting there is fraught with all the difficulties and challenges that Mark O’Brien faced in navigating the often chaotic streets of Berkeley in his limousine of a wheelchair. Yet look where his determination got him: two movies, a thick sheaf of poetry and journalism that outlives him, and a kiss on the chest that continues to bespeak worlds.

For information on the Coalition to Promote Self-Determination and its backing of a legislative package (the “TEAM Act”) currently before Congress that would support transition services for people with disabilities, see http://thecpsd.org/

Appreciation for the rotating banner shots at top of page to Elizabeth Haslam, some rights reserved under Creative Commons licensing, see more at: https://www.flickr.com/photos/lizhaslam/

Movie trailer for The Sessions is below.

2 comments to Sex and Other Happiness Pursuits: “The Sessions” and Disability Rights