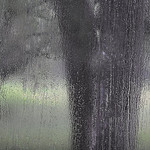 There’s something altogether spiritual about a good soaking rain after a long dry spell. Spiritual as in “lifting one’s spirits,” one’s soul cleansed and refreshed, the body buoyant again after the equivalent of crawling on hands and knees over the parched desert soil for months on end, squinting forlornly at the cloudless sky.

It is not for nothing that spiritual seekers who can’t quite get right with their God bemoan the “aridity” of their quest. Seekers, writers (and lovers) go through “dry periods,” when the moisture that is an essential lubricant of every social and creative discourse is absent. One withers, body and soul.

Until Friday it had rained all of some five inches in the Bay Area since January 1, an intolerable shortfall that takes up residence in the psyche as a kind of low level, background trepidation, the “D” word lodged there as we go about our sun-drenched days. I put up Christmas lights last weekend wearing a T-shirt, and would rather it had been rain instead of sweat that gave it a soaking. There’s something wrong about that, plain and simple.

But I have come here not to moan, but to celebrate the rain that fell in great bursts into the evening—along with the absolute gully washers of music that such rain has inspired over the eons.

Type in “songs of rain” on iTunes and you will scroll for a very long time—through 500 songs as of this morning. And then there’s a whole other list of cloud songs (another list of 500;  iTunes must have a limit). 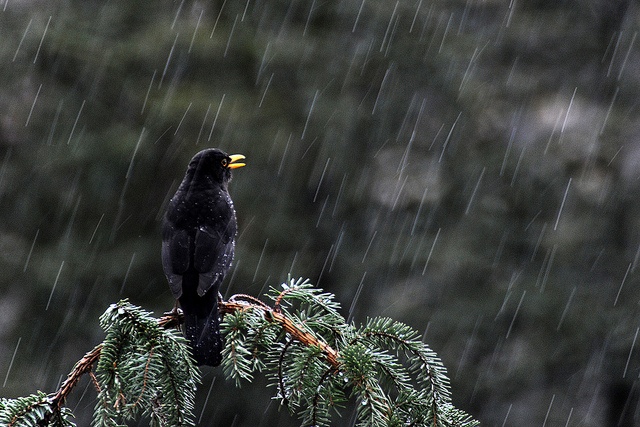 It’s hard to beat Gene Kelly prancing about while Singin’ in the Rain, though he may not be so spritely if he’d faced Bob Dylan’s brooding that A Hard Rain’s Gonna Fall. Even worse: Ben Harper’s Black Rain. I don’t even want to picture that.

Who doesn’t like Walking in the Rain with Johnnie Ray in that doo-wop way, though if you happen to be in a Kentucky Rain looking for your lost love, it may not be so pleasant (even if Elvis is helping you).

If that love happens to be the lovely Jane Olivor, it will truly be music to your ears to hear her croon Come in From the Rain. (I will, Jane, and I’m already taking off my coat…)

It’s encouraging, how singers have shown the maturity to wish for rain despite the generally better reputation that sun and its cohorts enjoy. (Beaches! Beer! Bikinis! Being 23!)

I Wish It Would Rain, sang The Temptations—and then they brought out the dance moves to make it happen. Randy Newman turned the wish into a prediction in his haunting, beautiful (and rip-roaring sarcastic) I Think It’s Going to Rain Today.

Eric Clapton implored the heavens to Let It Rain, and once it started, John Fogerty wondered Who’ll Stop the Rain? Someone should, because Willie Nelson can’t endure his Blue Eyes Crying in the Rain forever.

The Ink Spots are stoic enough in understanding that Into Each Life Some Rain Must Fall, for which we can grant them some slack when they go on to whine: “…but too much is falling in mine.” (Credit lyricist Allan Roberts for that nifty turn of phrase.) 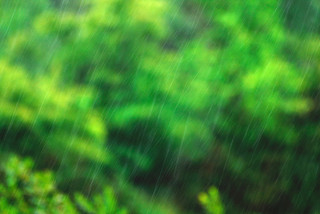 Even more miserable and down on his luck is Gordon Lightfoot, stuck in the Early Morning Rain with but a dollar in his hand, an achin’ in his heart and his pockets full of sand. Somehow, Lightfoot’s sweet tune and gentle delivery make the rain almost a balm. (Peter, Paul & Mary’s version makes it feel even softer, like a dewdrop.)

Rain is very much a seasonal affair here in California, relegated mostly to November through March and a few showers on either end. Fortunately, it seems to rain almost year-round elsewhere. Why else would every month save one have a song named after it in the rather remarkably unoriginal style of January Rain, February Rain, March Rain and so on?

The lone exception? August, which doesn’t have a rain song to its name! Memo to songwriters: Here is your chance! You can claim a whole month and its rain (or lack thereof) as your own bit of songwriting history! Is August perhaps when the rain in Spain stays mainly in the plain? Might be some lyric potential there, eh? Oops, sorry, done already:

Bird singin’ in the rain photo by Heinz-Eberhard Boden of Remscheid, Germany, some rights reserved under Creative Commons licensing, see more at: http://www.flickr.com/photos/he-boden/

3 comments to Songs of Rain