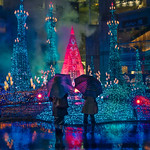 Most observers regard Whitman as a grand optimist, lifting up in his imagination a vision for America commensurate with its size and ambition—big, brawny, adventurous, sensual and free. Not for him the pedestrian cares and smallness of halting, tentative lives or countries.

We should never mistake that optimism for evasion, though. Whitman’s wholesale embrace of existence included taking into his bosom every last shard of death and disease, the dirt and muck and blood that anchor us firmly to the earth and prevent any flights of disembodied fancy.

But oh, the deep immersion and emphatic Yes! he said not only to life and death, but to the sweep of history and the democracy he revered, along with humankind’s trying to both propel it forward and see it more broadly in arrears. 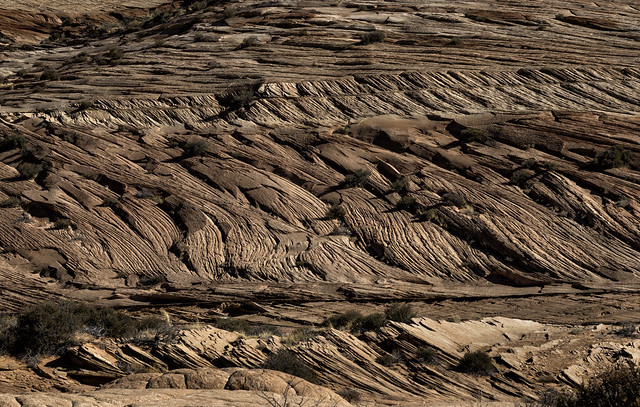 Which brings us to “Years of the Modern,” first published in 1865 near the Civil War’s end, during which Whitman had served as a nurse tending to the wounds (both physical and spiritual) of union soldiers. The poem’s 30 lines take us stoutly forward from the devastation of the only (thus far…) civil war we have ever endured.

Whitman, immersed as he had been in witnessing the profligate suffering before him, was already seeing ahead—to the modern, the horizon and its “parting away for more august dramas.”

Not only that, but he saw “not America only…but other nations preparing,” all of them exploring “tremendous entrances and exits, new combinations, the solidarity of races…that force advancing with irresistible power on the world’s stage.”

My friends, that gets us only to line 5, so I think it fair to suspect that Whitman is just getting his arm loose before he really lets his fastball fly, and his curves and changeups pick up all manner of nuance and character. (Some homage there, as Whitman revered baseball and enjoyed a brief stint as a beat reporter covering games for the “Brooklyn Daily Times.”)

Let’s read those five lines en toto now, folded in with the 25 more that follow before we return for some additional discussion.

YEARS OF THE MODERN

Years of the modern! years of the unperform’d!
Your horizon rises, I see it parting away for more august dramas,
I see not America only, not only Liberty’s nation but other nations preparing,
I see tremendous entrances and exits, new combinations, the solidarity of races,
I see that force advancing with irresistible power on the world’s stage,
(Have the old forces, the old wars, played their parts? are the acts suitable to them closed?)
I see Freedom, completely arm’d and victorious and very haughty, with Law on one side and Peace on the other,
A stupendous trio all issuing forth against the idea of caste;
What historic denouements are these we so rapidly approach?
I see men marching and countermarching by swift millions,
I see the frontiers and boundaries of the old aristocracies broken,
I see the landmarks of European kings removed,
I see this day the People beginning their landmarks, (all others give way;)
Never were such sharp questions ask’d as this day,
Never was average man, his soul, more energetic, more like a God,
Lo, how he urges and urges, leaving the masses no rest!
His daring foot is on land and sea everywhere, he colonizes the Pacific, the archipelagoes,
With the steamship, the electric telegraph, the newspaper, the wholesale engines of war,
With these and the world-spreading factories he interlinks all geography, all lands;
What whispers are these O lands, running ahead of you, passing under the seas?
Are all nations communing? is there going to be but one heart to the globe?
Is humanity forming en-masse? for lo, tyrants tremble, crowns grow dim,
The earth, restive, confronts a new era, perhaps a general divine war,
No one knows what will happen next, such portents fill the days and nights;
Years prophetical! the space ahead as I walk, as I vainly try to pierce it, is full of phantoms,
Unborn deeds, things soon to be, project their shapes around me,
This incredible rush and heat, this strange ecstatic fever of dreams O years!
Your dreams O years, how they penetrate through me! (I know not whether I sleep or wake;)
The perform’d America and Europe grow dim, retiring in shadow behind me,
The unperform’d, more gigantic than ever, advance, advance upon me.

Sometimes it seems one can dive into any poem or line of Whitman and it is as great icebergs cracking, making the earth tremble and waves form that will surely redo, without exception, the landscapes of the world. “No one knows what will happen next, such portents fill the days and nights,” he exclaims. 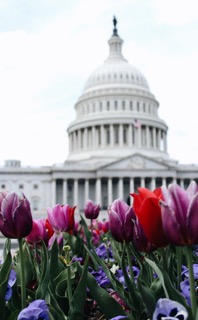 Whitman’s theme here is that the march of history quickens with each step humankind takes forward, into the unknown. Notably for us in these weeks of trial, that quickening is not back to any golden age of greatness past, where the “perform’d America and Europe grow dim,” but barreling onwards, in an “incredible rush and heat,” with  a “strange ecstatic fever of dreams” toward the “unperform’d, more gigantic than ever…”

That “unperform’d” will include, of course, his own death, swept up into the maw of history and its “unborn deeds” that will succeed him and all of us.

Extraordinary as he was and knew himself to be, Whitman frequently sounded populist notes, with an abiding affection for and belief in working people. But crucially, not the kind of know-nothing ignorance and destruction we saw on such overt display last week in the nation’s capital.

His common people, from which he himself emerged, were not alien to books, knew how to ask “sharp questions” and were “advancing with irresistible power on the world’s stage,” professing their freedom “with Law on one side and Peace on the other.”

Not anarchy, mind you, but “years prophetical,” with a “solidarity of races…”

It’s a generous and optimistic vision, to be sure, especially with Whitman having just come from a war whose enormous destructive power saw 2% of the population perish—the equivalent of six million deaths today.

But perhaps this is Whitman’s larger point—that out of carnage comes conciliation, from paroxysm, progress.

As the foundations shake and crack, new resolve and new ideas emerge, destruction always carrying within it the seeds of (potential) repair.

“Are all nations communing? is there going to be but one heart to the globe?” he asks.

“Not yet,” we must answer, truthfully, more than a century and a half later. But Whitman’s heart beats yet from his grave, his words etched in eternity—a place where hope abides.

Meanwhile, “What historic denouements are these we so rapidly approach?”

This is the question of our time, there to be grappled with as forces seemingly so daunting collide and the country we thought we knew feels upended, its fate uncertain.

A perfect time for good people to step forth and set about the work of “unborn deeds,” and from them, “things soon to be.”

Another public figure and creator with a unique vision here…