Tell Me a Story and My Heart Will Be Glad 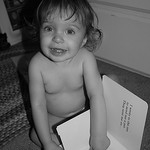 My most recent post on The Book of Job led some readers to say it had heartened them or their loved ones in grappling with issues of tragedy and grief in their own lives. I was glad for that, even as I couldn’t help but note the slight oddity of being heartened by discussion of a work that basically tells human beings flat out they had better rethink any notions they have of a tender merciful overseer reaching down from the heavens with a helping hand to set their lives aright.

I suspect the God depicted in The Book of Job would scoff at those nice posters you see in malls with footprints on the sand disappearing for a time and then picking up again, and the prose suggesting this is where God had carried you when your burdens became too much to bear.

It was quite the contrary for Job. The news in his story is not good, and the hand of God is notably absent as Satan goes about his business. “Suffering just is,” Job’s story tells us. Once you come to terms with how capriciously it strikes, you can get on with your happiness project. But the background warning is: Don’t get too comfortable.

Why then would we seek and obtain consolation from such a work, wherein God stands idly by while our world is shaken to its foundations and ruinous tragedy leaves us either numb or wailing abjectly to the heavens?

The answer lies in the utterly unique power of story to lend weight, depth, meaning, and even wondrous happiness to our lives.

The Book of Job wraps its truths in a literary, poetically rendered tale with memorable characters, universal themes and a nimbly developed plot line rife with conflict and color.

Satan and God colluding! Dead children! A great man toppled to the dust, feeling crestfallen and abandoned with oozing sores and maggots! His wife berating him to man up and give that Lord a piece of his mind! A defiant, sneering God mocking his good servant!

The real moral here? Life is sometimes hard to swallow, but it goes down easier with a little honey of a story. 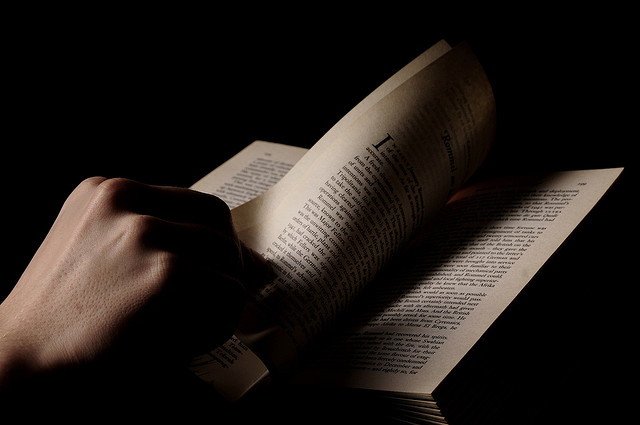 Matter of fact, story isn’t merely an accessory to our lives but is central to them, to our very survival and flourishing. This is a theme long suspected by literary types and recently elaborated in The Storytelling Animal, an account of humanity’s fascination with and need for story, which author and English professor Jonathan Gottschall posits as hard-wired into our very beings. 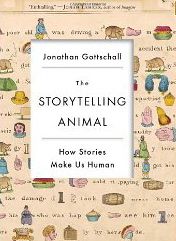 Gottschall is not the first to note, in this lively work published just last spring, that neither apes nor snakes nor fleas gather around campfires or the family dinner table to swap tales of the day’s escapades (always embellished to a greater or lesser degree, depending on the skill and pizzazz of the storyteller). But he is the first to tie it together for a popular audience with the findings of modern neuroscience and evolutionary biology.

We’re a garrulous lot that is given to gab, and no matter whether the subject is closing a deal or reviewing a hunt or describing a calamity, we convey and receive it as narrative, with elements of color and character and context bursting from it unbidden.

Simply put, we can no more quash the storytelling instinct in ourselves than we can avoid looking at an attractive potential mate or noting the smell of warming food when we are hungry. We’re a garrulous lot that is given to gab, and no matter whether the subject is closing a deal or reviewing a hunt or describing a calamity, we convey and receive it as narrative, with elements of color and character and context bursting from it unbidden.

Neither is it limited to telling stories only about each other. Consider dog stories, Oh Lordy—entire sections at the bookstore are devoted to them. (“Showing 1 of 37,484 results,” Amazon tells me when I type “dog stories” into the search bar, and the list even includes multiple sub-genres: dog stories for adults, for kids, for children, for teens, non-fiction.)

So back to Job, and all the other stories all the world’s religions have put forth since we evolved to enough self-consciousness to begin communicating in symbols, sounds and then words. These stories have been and continue to be of immense assistance to people the world over, helping to bring a sense of coherence, meaning and hope to what is otherwise inscrutable at best and downright terrifying at worst. (And yes, I know—religion has done huge amounts of harm as well. That factors perfectly into us being both harm-doing and good-doing beings, finding our creaturely way half-blindly along a dimly lit path.)

That sacred scriptures are comprised of “stories” with little to no anchoring in fact is a source of profound misunderstanding on both sides of the religious ideology wars that have played out with increasing intensity over the past decade or so.

There is no small irony in the observation that religious literalists and atheists make exactly the same mistake: They both think that stories have to be “true” in order for them to be meaningful and transformative. But that itself could not be further from the truth. 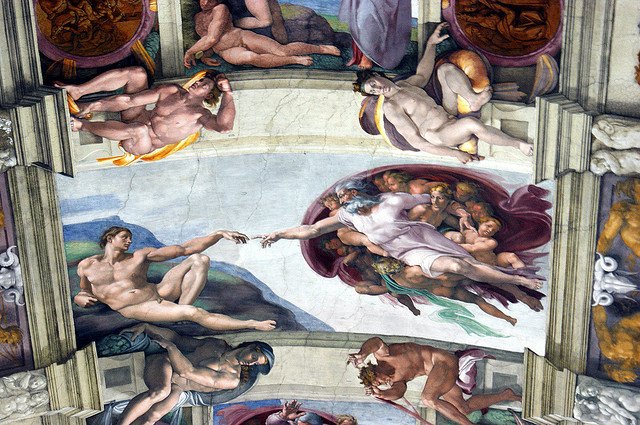 So the literalists cling to their Bibles and Korans, convinced that every utterance is the unchanging Word of God. If scholars or critics note any discrepancies or outright absurdities, believers perceive it as a profound threat to their entire faith. Their fear is that if the stories are acknowledged as fiction, then the religion is “untrue,” and the whole edifice crumbles. Such lack of faith in the power and larger truths of their stories is truly dismaying.

On the atheist side, they see the obvious mythical aspects underpinning all religion as “proof” of its bankruptcy, because if things really didn’t happen the way sacred scriptures say they did, then it’s all fake and meaningless. Which completely misses what religion is about.

What both religious literalists and atheists miss is that just because something didn’t happen doesn’t mean it isn’t true.

At least in the realm of explaining ourselves to ourselves, it’s quite the contrary: We live and draw sustenance from the power of our stories, most of them marginally related, if at all, to what “actually happened.” A “just the facts, M’am” orientation might get you sprung from jail when neither a witness nor DNA evidence can place you at the scene of a crime, but in trying to understand this great big enchilada wrapped inside an enigma called “The Meaning of Life,” it is of limited utility.

Krulwich urges the graduating scientists and engineers to embrace and propagate their own stories, their own fantastic tales of the beauties of science and the metaphors so pregnant and awaiting therein.

Gottschall’s thesis on the power and need for story enjoys plentiful support from the humanities, but the wiser scientists have long been alert to the same truths. In a stirring 2008 commencement address to some of the most science-wired brains of this or any era—the graduating class of the California Institute of Technology (Cal Tech)—the science journalist Robert Krulwich sings the praises of Galileo’s storytelling prowess (the kind that got him thrown into the brig by church fathers who didn’t appreciate his narrative skills being so effective and so at odds with their own story of the earth’s status in our solar system).

Krulwich urges the graduating scientists and engineers to embrace and propagate their own stories, their own fantastic tales of the beauties of science and the metaphors so pregnant and awaiting therein. Then he pivots to the long-past but still popular TV series Friends, with this gem:

Truth, fiction, eh, it’s like this endless back and forth between Ross and Phoebe on the TV show “Friends,” you know the show? Ross is a paleontologist, he studies dinosaurs, Phoebe is his masseuse friend, she doesn’t study anything but she knows everything. And in a typical episode, Ross sits down and very carefully explains how opposable thumbs evolve slowly over time, and Phoebe listens very respectfully, and Ross finishes, “So,” he says, “You see how evolution explains opposable thumbs?”
“Or,” says Phoebe, “maybe the overlords need them to steer their spacecrafts.”
So people can slip very easily from reason to fantasy, and they believe both and they don’t feel the need to be consistent.

That last sentence explains as well as anything the persistence of belief among the billions of religious practitioners all over our precious planet. That they believe in the stories of their tradition, to varying degrees, with varying conviction and nuance, through a thousand shades of interpretation, is self-evident. But the universal that binds them, along with everyone else who rejects religious narratives in favor of others, is the enduring power of story—fictional, fantastic, factual,  and, when bathed in love and mystery, always and everywhere true.
***
Richard Thompson is one of our great singer-songrwriter storytellers, and this is one for the ages—beautiful and haunting in every way.

Thanks as always to the photographers: Rotating banner photos at top of page courtesy of Elizabeth Haslam, some rights reserved under Creative Commons licensing, see more at: https://www.flickr.com/photos/lizhaslam/

Michelangelo’s Creation of Adam, photographed in the Sistine Chapel by Ramon Stoppelenburg, Amsterdam, The Netherlands, see more at: http://www.flickr.com/photos/smoel/

Finally, Robert Krulwich’s 27-minute commencement address is well worth a listen when you have those 27 minutes to spare: http://www.radiolab.org/story/91852-tell-me-a-story/