Ten Reasons Why Impeachment Was Necessary…And Conviction Even More So 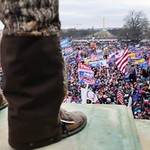 I  know, I know—it’s a mess, any way we try to slice it. Just days to go, on his way out the door, it will let him play the martyr, further inflame his base, perhaps hamper the new president’s crucial first weeks, shouldn’t we focus on “healing” now?

Thought about those, bought a few of them for a time, tossed & turned about them in sleep that seems to have come in half-hour slices the past 10 days, and have come out, in a slight spin on a then newly elected congressmember’s indelicate, admittedly inappropriate but nevertheless delicious phrase from her victory celebration in early 2019, a full year before Impeachment #1, “We needed to impeach, and now we have to convict the m—–f—-r….”

I’m also well aware that conviction is not bloody likely to happen in the Senate, but here are ten reasons why it should.

ONE  Because he was the direct, most significant cause of the riot that took five lives and many more injuries last week. It was his months-long, utterly falsifiable rants about massive electoral fraud, spewed out via Twitter, in press statements and at rallies, that was the primary incitement for his supporters to storm the Capitol building and nearly break into the House chambers where Members of Congress were cowering under their desks. It was him who invited his supporters to come to Washington on the normally routine but suddenly pivotal day of congressional certification of electoral votes—and him who sent them off with a promise to join them (he didn’t).

TWO  Because if sending an impassioned mob, many of them armed and itching for mayhem, off to confront another branch of government and his own vice-president with the intent of preventing them from fulfilling their Constitutional obligation to certify the 50 state electoral contingents doesn’t qualify as a “high crime and misdemeanor,” then what does?

THREE  Because as he watched the mob battle outmanned police and breach the barriers to the inner sanctum of our most hallowed symbol of democracy, the rioters chanting about hanging his vice president and killing the Speaker of the House, barely missing the opportunity to capture them and follow through with their plans at the already constructed gallows near the Capitol, what did the nation hear from him? Nothing. He simply watched, mute, until hours later he issued a tepid plea to avoid violence while telling the rioters, “We love you. You’re very special.”

FOUR  Because of Points # 2  and #3 above—they cannot be emphasized enough.

FIVE  Because no one, not presidents nor princes nor ourselves, should be able to say and/or do horrible, irresponsible things that cause death, injury and destruction, and then walk away from them without consequence. This is fundamental to civil society and all social functioning. We teach it to our children, our students, even our pets. No good can ever come from no accountability. When the atrocity has been perpetrated by the leader of the country, accountability is all the more important.

SIX  Because the world is watching, as they watched along with us in the horror of last week. America, the world’s once shining exemplar of freedom, democracy, and the peaceful transfer of power: Will it have allowed an attempted violent coup to play out on live television, orchestrated by the sitting president in a desperate, illegal attempt to hold onto power, without any consequence? The still free world and the tenuously free world are watching with pleading, downcast eyes. The despots are watching just as closely—joyous.

SEVEN  Because he should never again be allowed to run for public office—and conviction followed by a sanction against holding office again is apparently the only means to achieve that goal. Given his direct assault on a free and fair election via incitement to a deadly riot that breached the halls of Congress, it is unthinkable that a man such as this would ever again be granted a position of public trust.

EIGHT  Because his call on the previous Saturday, threatening the Georgia secretary of state with criminal prosecution unless he could “find” him the 11,779+1 votes he needed to overturn the state’s election result, was criminal and impeachable in and of itself. This was a mobster’s shakedown and attempted intimidation of an elected official, which the country was still digesting when he incited the riot five days later.

NINE  Because last spring, as the pandemic he has colossally mismanaged at every step was gaining steam and states began taking aggressive measures to halt its spread, he went on a vicious tirade against that state’s governor, led by his urging of armed followers in an open-carry state to “Liberate Michigan!” After the nation grappled with the images of rifle-toting men milling about inside a state Capitol accompanied by calls to kill the governor, it was subsequently revealed that the FBI had foiled a plot by a group of the president’s supporters to kidnap and execute her. Did he ever utter a word of contrition or culpability for the barely averted atrocity his words had inspired? He did not. What he did to was cast many more aspersions over many more months on the governor and all other public officials who did not embrace his denial of the pandemic’s severity.

TEN  Because if he is allowed to escape the consequences of his actions yet again, it will only embolden him, his children, and his entire abysmal enterprise of fake populism and manufactured outrage to attempt to do it again, perhaps to return as a tenacious conquering hero four years from now, or just as bad, hand the mantle to his eldest son. This would be the ultimate triumph of a crime boss family, exciting insurrection and intimidation at every turn, silencing critics, emasculating the free press, and furthering the family’s financial interests above all else. An outcome, I fear, that would mean the effective end of this nation’s vitality, hope, and role as a beacon to the world. 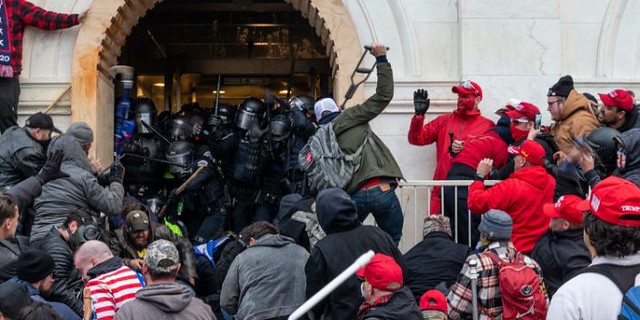 The president had promised that it would be “wild.”