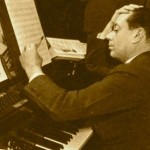 I think Cole Porter is one of the great writers in history.

Porter was that rare talent whose gifts and cultivations would surely have made him successful in most any form, but his upbringing, intelligence, tenacity and love of a well-turned phrase landed him in the music world as a major composer and lyricist.

Too bad for you, poetry and fiction!

There’s something wild about you child
That’s so contagious
Let’s be outrageous
Let’s misbehave!!!

Unlike many songwriting duos of his era (Rodgers & Hammerstein, Lerner & Loewe, George & Ira Gershwin), Porter was a team of one, writing both the lyrics and the uncannily catchy melodic ditties that make of his music such a joyous and memorable romp.

Some get a kick from cocaine
I’m sure that if I took even one sniff
That would bore me terrifically too,
Yet I get a kick out of you

Interestingly, Hollywood production codes barred use of the word “cocaine” at the time, so Porter approved the substitution you’ll hear from Frank Sinatra in this rendition:

Porter suffered greatly in his life, both from a horseback riding accident that crushed his legs in 1937 and left him with intractable pain for his remaining 27 years, and also for his sexual preference. He was gay, no secret among those who knew him, but given the times, he kept it publicly hidden enough that he maintained a “mutually advantageous” and devoted marriage for 35 years to his friend and wife Linda, which ended only in her death 10 years before his own passing in 1964.

In olden days a glimpse of stocking
Was looked on as something shocking,
But now, God knows,
Anything goes

Porter came from a wealthy family featuring a doting mother, ineffectual father and domineering grandfather known as “the richest man in Indiana.” Young Cole defied  the old man’s stern demand that he become a lawyer, showing exactly the kind of irascible and insouciant streak that would breathe so much life into his prodigious lyrical output.

This energetic version of the above from a 2011 revival of Porter’s Anything Goes highlights the song’s musical lusciousness in the voices of Colin Donnell and Laura Osnes:

To read about Cole Porter’s life and to listen to his wildly inventive and infectious music is to entertain a certain uber-sophisticated, witty and unabashed vision for how to immerse, completely, into the passion afforded by existence. Never to waste a day in frivolous, unbecoming pursuits, with the notable exception of frivolous fun, which was always as close as the nearest piano key or intelligent, urbane friend and conversation partner.

What moments divine, what rapture serene
Till clouds came along to disperse the joys we had tasted
And now when I hear people curse the chance that was wasted
I know but too well what they mean

For all its wit, Porter’s lyrical voice is also full of longing and love, high romance and low comedy, a notable example of the latter in this early song title alone: Olga, Come Back to the Volga.

But amidst the ribaldry, the cleverness, the pointed banter, it’s the longing for perfect love that mostly wins out, that sings through loudest and most persistently. High romantic that he was, a certain part of Porter was doomed to suffer in the inevitable diminution of this life, the gap between the ideal and the real, the heaven of creative inspiration and the humdrum of everyday life.

But oh, what a voice: delightful, delicious, delovely—and an inspiration for all time.

In the moon’s yellow light
While the world is in slumber
Ah, the times without number
Darling, when I say to you

Cole Porter’s genius drew just about every great singer of the modern era to his work, a substantial cache of it as near as You Tube, praise be to the techno gods for that. In my own browsing for this post I unearthed what I can only describe as an astonishing rendition of his classic My Heart Belongs to Daddy by the always astonishing Marilyn Monroe.

For full lyrics to 25 of Porter’s classic songs, see: http://www.allthelyrics.com/lyrics/cole_porter