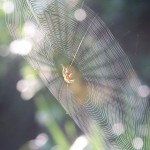 Believing in a heaven where my mother was denied entrance required suspension of every shred of rationality and native reason my mere 8-year-old brain was already manifesting. I would have had to take it “on faith,” but that was so absurd and impossible given the reality of my actual mom and her actual great big heart that faith didn’t stand a chance.

Notably, anything that has required similar “faith” on my part hasn’t fared too well since.

In John Updike’s 1996 novel In the Beauty of the Lilies, Clarence Wilmot is a Presbyterian pastor in 1910 who loses his faith in seemingly sudden and catastrophic fashion. His voice literally takes leave of him in the pulpit one Sunday very shortly after he has come to the conclusion that the whole edifice of his faith, all his received notions of God, can’t possibly be true.

In a subsequent meeting, his liberal-minded superior tells him not to belabor the specific faith and belief issues. Doubt need not be debilitating, he suggests—just mouth the words, tend the ill, wear the collar, and get back in the pulpit. “Doctrine is the living expression of a living God, and is properly the subject of ongoing, at times radical, reconsideration,” he implores Clarence.

But the bereft Pastor Wilmot is having none of it. He feels incapable of leading his flock by what he considers deception. How can he face his congregation on Easter with a triumphant “Christ Is Risen!” when, as he tells his wife, “I not only no longer believe with an ideal fervor, I consciously disbelieve.” 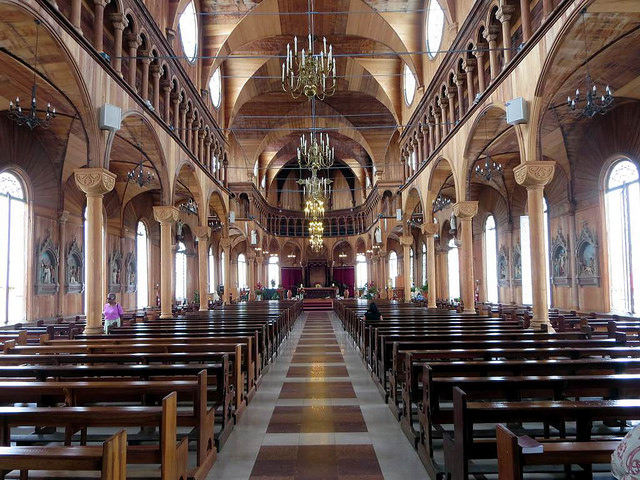 At one time, Clarence had believed in and structured his life around the veracity of his faith’s stories. Now he cannot—and the truth and implications of it for his life and ministry are appalling.

Clarence soon leaves the ministry, loses the income his large family depends on, and is reduced to selling encyclopedias door to door. He tries to escape from “the bleak facts of life, his life, gutted by God’s withdrawal,” to the solace of the movies, which become a kind of substitute religion for him. (Updike, who was a practicing Christian himself, explores this idea of film as a new religion through the entirety of the novel that spans another three generations of Clarence’s progeny.)

The sales career doesn’t last long, however, and Clarence endures a few downward spiraling years until he “slipped away one night…just died without a sound.” He does so as a broken and disheveled man in every way—physically, emotionally, spiritually—truly one of the more abject figures in all of American literature.

Faith asks us to orient our lives toward love, freedom and communion, not constrict them with dogmas that separate us into camps of the elect and the damned, believers and heretics.

Don Cupitt is a real-world philosopher of religion and (former) Anglican minister who, over a period of years, also lost his belief in the received doctrines and historicity of his faith. Taking a progressively less literal view of all Christianity’s central stories, Cupitt is regarded as something of a heretic by various traditional guardians of the “faith.”

And though he too gave up the ministry, Cupitt, unlike Clarence Wilmot, developed a completely new orientation to his faith, one that continues to draw sustenance from its stories and principles without believing even one word as literally true and unchanging for all time. As he says in perhaps his seminal work, After God (1997),

…Religious beliefs ought not to be understood as stating supernatural facts, because their true function is simply to produce a way of life…When you have really worked through it, when your belief has become deep enough—then you no longer believe!

Brick by brick, in a regular sequence of books that reflect the deep thinking required to make complex material sound stripped, crisp and true, Cupitt has reinterpreted Christian dogmas to reflect an approach that he variously calls “non-realist Christianity,” “solar living” and “kingdom religion.” His is a world that calls on us to thrive, to serve, and to treat it with the preciousness that it deserves as the short-timers that we are.

In other words, to live as Jesus did. 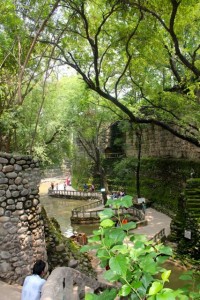 Why did Clarence Wilmot take one road and Don Cupitt such a very different one?

I think part of it it has to do with an essential confusion between faith and belief.

Faith is the overarching orientation that can sustain and save us when all seems lost, while belief is adherence to specific doctrines that can ruin us when they are found to be unsupportable by fact, logic or critical thinking.

Faith is about the unseen and undogmatic—love, generosity, a heart and mind open to the new day and new ways. Belief is about the concrete, historic and dogmatic (despite lack of evidence to support it).

Mere “belief” often asks us to believe in the unbelievable, to prove how strong our “faith” is by swallowing whole what are essentially fanciful tales meant to stimulate our imagination and identification with characters and situations that reflect eternal verities. Faith asks us to orient our lives toward love, freedom and communion, not constrict them with dogmas that separate us into camps of the elect and the damned, believers and heretics.

I would like to flip the traditional faith model on its head and suggest that needing to believe in dogmas that separate people into different exclusivist camps and which require belief in supernatural entities or events in order to maintain one’s faith in humanity and life has little or nothing to do with what faith actually is. 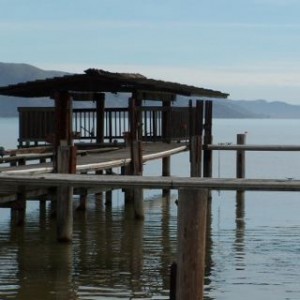 Clarence Wilmot’s problem was that once his belief crumbled—no God in the sky, no resurrection from the dead, none of the stories “true”—his faith and hope and even care for his own soul and humanity at large crumbled right along with it.

Once he rejected his previous beliefs, he tried his best to replace them with the movies, but this was escapism writ large rather than a return to the world with a new perspective and tenderness.

Clarence experiences his religious awakening initially as a rebirth, a coming to terms with how things actually are, telling his wife:

It’s been a fearful struggle, I’ve twisted my mind in loops to hold on to some sense in which these things are true enough to preach, but I’ve got to let go or go crazy.  I love you for feeling otherwise, and would never argue a man or child out of whatever they believe, but to me it’s all become relics, things left over from our childish nightmares, when there’s daylight now all around us—this is the twentieth century!

Soon, however, the rebirth that might have turned him to the world anew turns instead to regression and withdrawal. Clarence retreats to an inner world stripped of meaning and removed from people, including his own family, whose members need him no less than before, no matter how his theology has evolved. But throwing off the shackles of his old belief drains him of life and hope rather than reinvigorating it.

Not for him is Walt Whitman’s approach as described by Robert Ingersoll’s eulogy of him in last week’s post:

He never lost his hope. When the mists filled the valleys, he looked upon the mountain tops, and when the mountains in darkness disappeared, he fixed his gaze upon the stars.

And then tellingly, Ingersoll said of Whitman,

In contrast, Clarence’s utter dependence on ”belief” in the historicity of religious myth to provide meaning, purpose and ballast for his life reveals a profound lack of faith in the gift of life we have been given, and in the tenacity, hope and courage that beckon us to do something purposeful with it.

Let’s have Cupitt bring this to a conclusion:

There’s nothing out there or in here, and we should be truly beliefless. It is spiritually liberating to be free-floating, and to regard all religious ideas as being human and therefore open to criticism and revision. To hold on is to risk falling into superstition and fanaticism. The peculiar sort of poise, strength and sanity that religion can give is only to be had if the full price is paid; one must embrace the Void.

Some vintage Billy Joel in a light-hearted iteration of what Don Cupitt would surely acknowledge as “solar living” and a healthy transcendence of the old ways:
“Say goodbye to the/Oldies but goodies/’Cause the good ole days weren’t/Always good/And tomorrow ain’t as bad as it seems”

You’ll find daily snippets of wisdom and photography from all over on this blog’s Facebook page at: http://www.facebook.com/TraversingBlog

10 comments to The Difference Between Faith and Belief