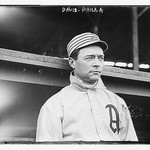 McKay’s comments are what’s called “putting things in perspective,” and let us at least hope and imagine the insight helped to ease his players’ minds for the briefest moment, before enduring the rigors of the post-mortem on the practice field the following week. Once they were back on that field, you can bet such perspective was in far lesser supply, with McKay, his small army of assistants, and every one of his players in the high-powered program treating the proceedings with all the deadly serious purpose of war.

And herein lies the conundrum of sports for all those who follow it to a greater or lesser degree: Do sports matter in any fundamental way? I mean really, really matter? And if so, in what way? Why?

Is it a good thing or a bad thing that people gather in every city, in multiple venues, virtually every night of the year, gladly giving their time and parting with their treasure as their voices rise and fall in great bursts of exuberance and anguish while supporting their beloved teams? 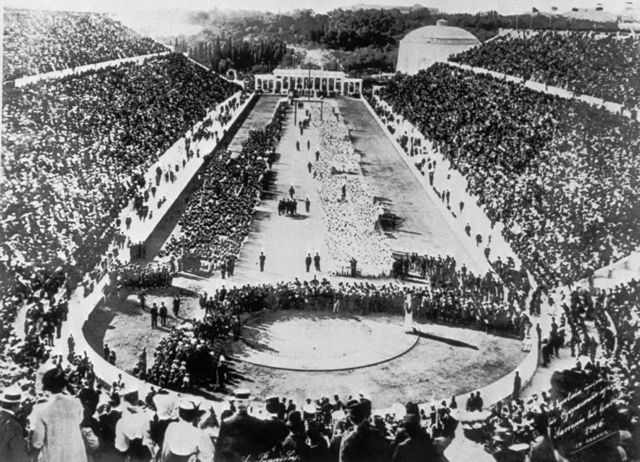 No genius is required to note the essentially religious function sports serves for many of its adherents. The ritual, the rapture, the worship of the stars/deities we align ourselves with, whose fortunes we follow and words we hang on with a reverence previously reserved for guys named Jesus and Buddha and Paul. When I drive myself to church on fall Sundays, I can’t help but note the overflowing (with people, not just beer) taverns, festooned with banners, scores of blaring high-def televisions, lavish food spreads, Let us now worship together and open the keg spouts wide.

The people and passion and drama of sports make for great story lines, and human beings, being suckers for stories, are an easy mark for the sonorous announcers and intimate camera work that elevates the essentially child’s game taking place on the field or arena to something of cosmic and eternal significance. 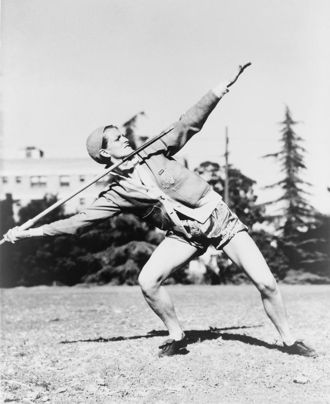 And of course, there is the truly astonishing physical prowess of athletes performing at the highest possible levels in their field. If you pay attention to sports, you know that no less than ballet or acrobatics or high wire acts, world-class athletes perform breathtaking feats with regularity, making the amazing look almost commonplace—until you realize what you’ve just seen. Let us not under-appreciate the aesthetic dimension of this: the emotional and almost palpable physical pleasure we glean from witnessing our fellow humans shine and triumph over physiology, gravity and other earthly limitations in such an overt and powerful way.

Then, at the game’s conclusion, the announcers go looking for insights into the athletes’ psyches, some clues to the basis of their excellence, and we get: “I was just up there looking for a pitch to hit, and I’m glad it turned out really well.”

So this is one secret to athletic success: it’s a physical thing. Actually, it’s inadvisable to over-think athletic performance, because thinking opens the door to self-doubt, which is a good thing when challenging cultural assumptions and formulating one’s politics and theology, but pretty much lousy when shooting a free throw with the crowd roaring and the game on the line.

Rather than thinking, athletes excel by doing—over and over and over, doggedly, unreflectively, with an almost blank-minded religious devotion—through thousands upon thousands of repetitions that make their on-field responses instinctual and on-the-spot creative rather than intellectual. And accomplishing this requires a kind of shutting out of the larger world in favor of a single-minded obsession with one’s chosen sport.

This is why athletes are so often astonishing performers but dull human beings, so much so that when they are espied reading a book or saying something remotely unbland in an interview, they tend to draw jibes from teammates, along with attention from newspaper columnists who brand them as decidedly oddball “intellectuals.”

Is it even possible to excel at the level required for professional sports without developing a powerful narcissism that shuts out anything that would compete for the athlete’s attention? That’s a challenge that many athletes, understandably enough, find it difficult to overcome. 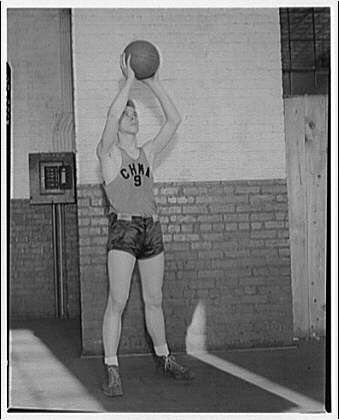 I couldn’t possibly count the hours I devoted to basketball through my early life, the days I spent playing 1-on-1 and H-O-R-S-E with my brother in the backyard, or all by myself as dusk turned to night and I engaged in fantasy games of winning the NBA title with a dazzling last-second shot. I spent virtually every weekend, every summer day and many weeknights all year long at the gym through middle and high school, and was then fortunate enough to enjoy a college career. I know that doggedness, that zeal, that (very) occasional rapture.

When my playing days ended, my coach invited me to join his staff as an assistant and head coach of the freshman team (back when they had such entities). During the following four years of coaching, I thought hard about making it a career; it would have had its pleasures. I finally decided against it for many reasons, not the least of them being I paid attention to what coaches did and talked about in the little spare time that they tended to have. And I realized that what they did was watch basketball games, and what they talked about was basketball. Almost obsessively and exclusively. Not all of them, not all the time, but enough that I decided I wanted to be around a different set of colleagues in the 40 or 50 years of working life that stretched before me.

And there was this, too: the appalling focus on athletes’ performance not only by themselves, but by the outside world, in such an unusual and unnatural way as to make coaching an invitation to narcissism and obsessive compulsive behavior.

So you sell insurance or books or paint houses, or make a living as a fine art painter or ballerina or writer? And every time you ink a policy or ring up the book purchase or apply paint to the house or canvas or pirouette across the stage, 20- or 50- or 100,000 people are looking closely at you, evaluating with virtually every moment, cheering or jeering, while millions more watch on television and an army of journalists hover in the press box, taking careful notes and tweeting about your every move and breath and grimace. Afterwards, the journalists write game accounts or columns praising you to the heavens, or else picking apart your physical and mental failings and questioning your courage and very integrity as a human being. 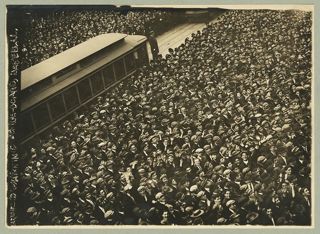 This ridiculously unnatural attention (“Saw your game last night, you were great!”; “Coach, Coach, can you sign this hat for my kid?”) is the order of the day in the sporting world, and not just at the professional level. In high school, no one’s watching or caring about your geometry test or report on King Hammurabi (except your parents, if you’re lucky), but your upcoming football game is the subject of a school-wide pep rally and exhortations from the principal and other teachers and the pert cheerleaders when they pass by you in the hall.

Is it any wonder that this kind of external, culturally sanctioned micro-attention couples so nicely with your years-long obsession with your sport to create a kind of narcissistic bubble that threatens to become an impermeable part of your character?

I love sports, despite the misgivings alluded to here. At this point in my life, it’s safe to say I always will. And I think the key to that lifelong and continuing enjoyment lies in the line from F. Scott Fitzgerald that is enjoying renewed attention due to the “The Great Gatsby” film revival currently in theaters: “The test of a first-rate intelligence is the ability to hold two opposed ideas in the mind at the same time, and still retain the ability to function.”

Far be it from me to be so narcissistic as to claim a “first-rate intelligence” (I’ll have to let my millions of readers and the armies of critics  hanging on my every word weigh in on that matter), but the point is this: Sports matter greatly as an endless source of entertainment and inspriration and story-making—and at the end of the day, they’re vastly overblown and matter not at all.

Sports is play, the toy department of life, and play and toys are important, but not as important as having enough food or making sure we can pursue happiness and liberty without the government or terrorists or religious zealots blocking our way.

I care ardently and cheer lustily and kvetch heartily (“Oh God, just what the hell is wrong with my Giants??”), while all the while, in the back of my mind, holding on to the awareness that geez, of course it doesn’t really matter whether my team wins or loses, or whether so-and-so makes the all-star game or wins the scoring title; none of it matters!

And all of it does, with all the deadly serious purpose of war.

Except when it doesn’t.

Vintage photos courtesy of the Library of Congress, which makes an astonishing number of photos charting American history available free of charge at http://tinyurl.com/pe8mv2a

Note: An earlier iteration of this post had a similar version of the opening quote by John McKay attributed to the late San Francisco ’49ers coach Bill Walsh (though I couldn’t confirm that and said as much). My thanks to my brother-in-law (and devout USC alum) Dan Olson for setting the record straight!

You Tube is rife with “Great Moments in Sports History” clips, but most of them show either exclusively or overwhelmingly male participants. This one at least acknowledged the substantial contributions of women athletes in the modern era.

And below that, some really, really funny sports bloopers, accompanied by impeccable comic commentary.

7 comments to The Glories and Narcissism of Sports