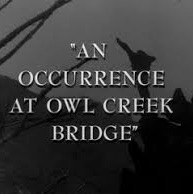 Nearly six minutes pass with this careful, excruciating preparation for an execution. Finally, one soldier removes his feet from one end of the plank that balances the man on the other end—and sends him plummeting like a suddenly dislodged boulder from his end of the bridge. 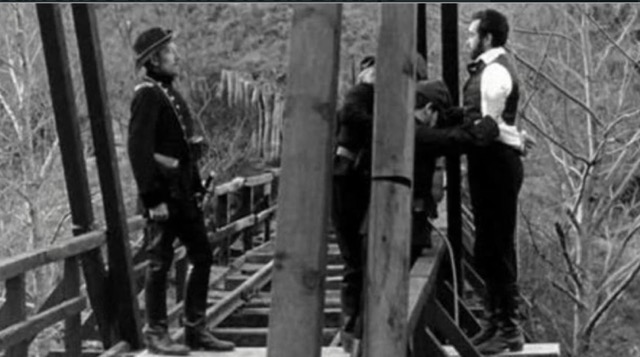 By my own completely unscientific guesstimation, 90+ percent of movies based on a book or short story fall far short of the original. Given the sheer time and budget constraints of the finished product, films are forced to make too many compromises and cuts to literary works, almost inevitably shortchanging their depth, nuance, texture, and the emotional complexity of their characters.

But there are exceptions.

Ambrose Bierce wrote “An Occurrence At Owl Creek Bridge” as a 3,700-word short story in 1890 as one of a series of tales growing from his own experience as a Union officer in the Civil War. It was in turn made into the middle story of a film trilogy by French director and writer Robert Enrico in 1962, the first one being Bierce’s “Chickamauga” (1889) and the last “The Mockingbird” (1891). All three of the stories and others were published in his volume “Tales of Soldiers and Civilians” (1891).

Unfortunately, neither “Chickamauga” nor “The Mockingbird” are readily available for viewing via any of the usual platforms, but we are fortunate indeed that “An Occurrence At Owl Creek Bridge,” arguably the most powerful of the stories (stiff competition, though), is available via You Tube in high definition for $3 and, for just a few more days, as a free “Twilight Zone” rerun if you have Netflix (season 5, episode #22).

(Come July 1, Netflix will place “The Twilight Zone” on one of its periodic hiatuses until popular demand brings it back.)

So moved was “Twilight Zone” creator and host Rod Serling by “…Owl Creek” that in February, 1964, he turned his show, in which he had tremendous and well-deserved personal pride, completely over for the first time to a film that he had nothing to do with, besides admiring it enough to want to share it with American audiences.

My best impassioned advice is to read the story, for sure, but to track down the movie any way you can for what just might be the most riveting 25 minutes you’ve ever spent in front of a screen. 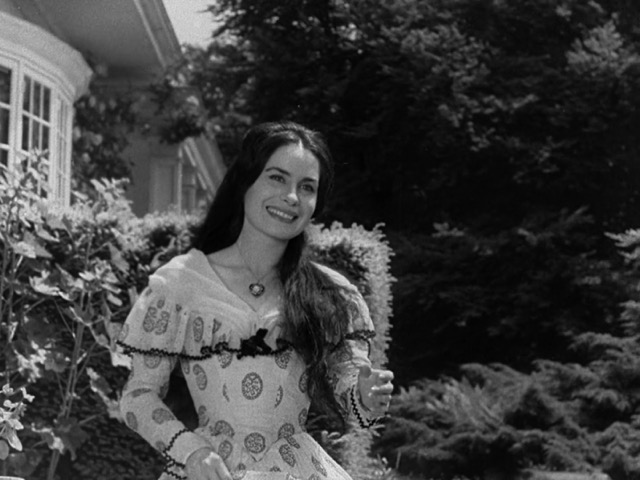 Part of the genius of Enrico’s film treatment, along with a haunting score by composer and film editor Henri Lanoë (more on that below), is its economy of words—and the almost unbearable tension built by their absence.

All manner of psychological action—as close observation and anticipation rather than physical activity—takes place in the six minutes leading up to the man’s forced plunge from the bridge. The only words we hear from him are a plaintive, silent call to his wife in his imagination— “Abby, Abby!”—as he forms a mental image of her while perched on the bridge, awaiting his fate.

Seconds later, all is abustle as the soldiers on the bridge are instructed to shoot the frantically swimming man who has almost miraculously managed to escape his bonds and launch a desperate effort to get downstream.

There are then words and noise aplenty, the words from the soldiers as orders are barked and pursuit of the escapee is joined, the noise from the man’s heavy breathing and splashing as he escapes rifle fire and even a cannonball, all of them amiss. 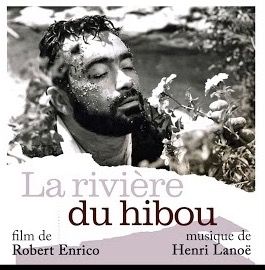 Still ahead are loud and treacherous rapids before the man finally flops down on a sandbar like a beached whale, albeit a deliriously happy one, who has just cheated death and wants to take a huge bite out of the delicious, superabundant world in order to properly celebrate it.

Nearby, renewed rifle fire gets him to his feet and sprinting, crazed, terrified and shot through with adrenaline.

The film now goes wordless again till its end, only the sounds of breathing, foot-slapping and vegetation-rustling accompanying the man’s fevered dash for what looks to be to be his…home?…up ahead?…at the end of a road…behind stately gates…where his wife is…sure be waiting, yes?… as he rushes headlong into her arms, her long travail of worry finally over.

Or will it be?

Ambrose Bierce was a journalist and writer of renowned wit and droll skepticism toward human behavior and the supposed romance and heroics of war. He is probably best known for his “Devil’s Dictionary,”  which featured satirical definitions of common words that have kept people laughing with only slight unease since its publication in 1911. A sample:

ABSURDITY, n. A statement or belief manifestly inconsistent with one’s own opinion.

Bierce specialized in unconventional points of view and unexpected endings to his stories, and
“…Owl Creek” disappoints in neither.

The story is a powerful stream of consciousness in which we join the protagonist—not named or described in any detail until the second section commences 1,000 words in—as we almost crawl inside his beating heart, his fear, his regret, and the wild, drunken exuberance and desperation of the life force that courses through every cell of his body as he makes his initial escape. 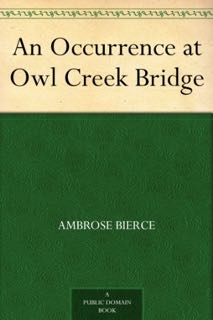 He is a refined man of means caught up in the maelstrom that engulfs every person in one way or other during wartime. And removed as he has been from actual battle, he has now not altogether innocently entered it, the consequences of which may cost his life.

Bierce writes a beautiful paragraph on Farquhar’s newfound joy in life as he emerges downriver and anticipates his escape. We touched above on filmmaker Enrico’s treatment of this state of sheer ecstasy, but let’s appreciate Bierce here, too:

He was now in full possession of his physical senses. They were, indeed, preternaturally keen and alert. Something in the awful disturbance of his organic system had so exalted and refined them that they made record of things never before perceived. He felt the ripples upon his face and heard their separate sounds as they struck. He looked at the forest on the bank of the stream, saw the individual trees, the leaves and the veining of each leaf—saw the very insects upon them: the locusts, the brilliant-bodied flies, the gray spiders stretching their webs from twig to twig. He noted the prismatic colors in all the dewdrops upon a million blades of grass. The humming of the gnats that danced above the eddies of the stream, the beating of the dragon-flies’ wings, the strokes of the water-spiders’ legs, like oars which had lifted their boat—all these made audible music. A fish slid along beneath his eyes and he heard the rush of its body parting the water.

Yes, when one thinks he has been handed back his life as it has hung on the precipice, even the lowly flies—flies!—appear to be “brilliant-bodied,” not to mention the wonder of “prismatic colors in all the dewdrops upon a million blades of grass.”

Exactly right. That’s always how it is when one is dumbstruck, for one reason or other, by the sheer existence of the world, by the fact that it is, rather than isn’t. And that one is still a part of it.

So now let’s wind this up with a little talk about the song.

Music, nature and silence provide the vast bulk of the aural landscape that Enrico creates for his masterpiece. He gets a huge assist from his countryman Henri Lanoê, who wrote all the music, including the only lyrical element, the centerpiece song, “A Livin’ Man,” heard just below in the clip from the film’s final four minutes (no worries or spoiler alert, it does not show the key final seconds).

Information on the music is minimal, but the singer is reported in a couple of places to be Kenny Clarke, an early bebop jazz master drummer who imbues his lines about this LIVIN’!! man with grit that is just this side of a triumphant growl. It’s a beautiful performance, with sparse instrumentation and an affecting tune you will find yourself repeating a good part of the coming days, so beware.

Hats off and ears and eyes open in appreciation to all the responsible parties—Bierce, Enrico, Lanoê, the actors Roger Jacquet and Anne Cornaly, Clarke, and most certainly Serling and his producer William Froug, who alerted Serling to the film and thus gave it far wider and more sustained exposure than it ever got as a 1962 Cannes Film Festival and 1963 Academy Award winner for best short film.

Screen shots from the film