The Physicality of Reading 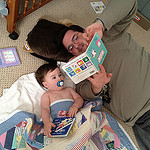 Reading is a most curious and fantastic act. The recognition of ink blots set in a certain pattern on a page, the training to decode those blots (often beginning barely out of infancy, before the basic biological function of controlled toileting is even mastered!).

The oft-times visceral response to those blots as we piece them together, run them through our interpretive sieve, and then find ourselves engaged, body and soul, with the stories they tell.

This ability of the written word to transport us out of time, into another world, another circumstance, another set of characters for whom we come to have a deep regard—if not love—this is an astonishing and even miraculous thing, is it not? It makes me want to sing to the heavens in praise of our brains. (And sometimes wail in despair at their misbegotten use…)

Recently I was reading a magazine article on the novelist Philip Roth and his relationships with various writers of his generation, and I began to get a familiar restless feeling. It was late on a sunny September Friday and I was poolside, released from the workweek and reclining on a chaise lounge, just as bliss-chilled as can be. But as I progressed into the article I experienced an upwelling of emotion, butterflies in my stomach, quickening of pulse, a sense of being seized by something far more powerful than me that was at least temporarily taking up residence in my body.

A kind of “Occupy Andrew,” minus the tents and heaps of trash.

All of this was partly a result of my familiarity with the writers being discussed—Roth and his contemporaries John Updike, Saul Bellow, William Styron, et al. But the other part resulted from the artistry of the writer herself—Claudia Roth Pierpont of The New Yorker—who was presenting this rich material about people I felt I knew personally, the individuals alive on each page, their relationships and jealousies and torments presented without judgment or rancor, just human, oh so human, and so well told. 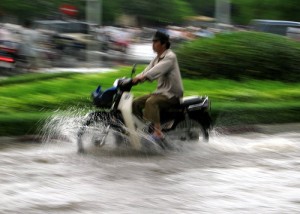 I could barely contain myself, which made continuing to read a little difficult because my body wanted either to pace madly around the pool or else just dive in for a few furious laps so it could restore some basic calm and equilibrium. What I opted for instead was to gaze skyward and let my thoughts order themselves before dashing off a text message to a friend, basically along the lines of, “You have to read this, thank you very much, I’ll try to calm down now.”

Sometimes the only effective response to your psychic borders being sloshed over is to share the overflow.

Some readers fall in love not so much with the characters on the page but with the writers themselves. This is more or less what happened to Elizabeth Hawes, a writer herself who pretty much fell head over heels for one of my own literary heroes, Albert Camus, and wound up parlaying the experience into a well-received but atypical biography, Camus, A Romance.

No, she never actually met Camus, who died tragically in a car crash before star-struck college student Elizabeth could get herself to France and invite him to meet her at a Left Bank café. But the full-on experience of getting all roiled and swooning from reading a book became, fortunately for her, the stuff of her own art.

Hawes writes of reading Camus and hearing “the buzz, that, when it came, was like the roar of a jet engine.” Later on the same page, she says:

In a moment I still remember, I suddenly identified so strongly with Camus that my heart began to thump and swell with a feeling of connection, compassion, and love for all mankind—a rather Camusian moment, it now seems. 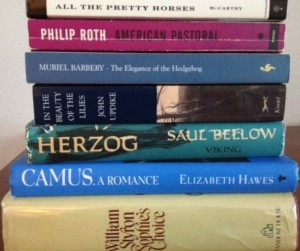 Sometimes it’s the writer as person, sometimes the world view he posits, sometimes her characters, and sometimes just a sentence or two on a page that compels you to go back and read the selection again, like asking your massage therapist to please attend a little more to that spot she just left, wait, a little higher, okay, now barely to the right, ahhhhh, there, yes, more, please!

Like these sentences from novelist Cormac McCarthy’s All the Pretty Horses:

What he loved in horses was what he loved in men, the blood and the heat of the blood that ran them. All his reverence and all his fondness and all the leanings of his life were for the ardenthearted and they would always be so and never be otherwise.

Or these from John Updike’s In the Beauty of the Lillies:

The cinema wished to leave nothing hidden, to throw nakedness up on the screen, and grief, and fistfights and explosions and violence, and even corpses and monsters, played by Lon Chaney. Terror would attack Teddy even in the middle of hilarious and romantic sequences, as he realized that these bright projections were trying to distract him from the leaden reality beneath his seat, underneath the theatre floor. Death and oblivion were down there, waiting for the movie to be over.

Or these from Muriel Barbery’s The Elegance of the Hedgehog:

There’s so much humanity in a love of trees, so much nostalgia for our first sense of wonder, so much power in just feeling our own insignificance when we are surrounded by nature…yes, that’s it: just thinking about trees and their indifferent majesty and our love for them teaches us how ridiculous we are—vile parasites squirming on the surface of the earth—and at the same time how deserving of life we can be, when we can honor this beauty that owes us nothing.

To all of which I can only respond, here in the heat of my ardenthearted blood, in all the reverence and fondness and ridiculousness of this life that owes me nothing: So many sentences, so very little time.

Happy whole body reading to you and yours.
***

This is weird but funny in that You Tube way, and as my daughter said as she walked behind me a couple of minutes ago and watched over my shoulder: “Dad, that’s you!”

Stacked books photo courtesy of yours truly, shot in a moment of supreme gratitude for my home library and the handiness of my iPhone camera.

4 comments to The Physicality of Reading