These Are the Best of Times 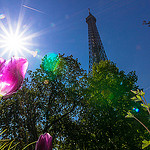 Can we just stop complaining now? Even more important, perhaps: How ‘bout we cut out the fear, the foreboding, the heavy mantle of doom?

Hear me, folks: Never, ever, in the entire history of humankind, have so many had it so good. And whatever the ebbs and flows of your temporary situation or mine, or the tremendous individual suffering that undeniably continues around the world as I type these words, things on a global scale are getting better all the time—as they have been for the last 50,000 years, give or take.

Ebola will get worse before it gets better (and it will get better; we can be quite confident we’ll die from something else).

And the economy isn’t exactly humming along (only a 4% growth rate!) and the Repubs and Demos are at each other’s throats per usual and we’re worried about our failing schools and deteriorating infrastructure and about things in general just seeming to be going to hell.

Sure, suffering still abounds, millions go to bed hungry if they have a bed to sleep in at all, babies still die, loved ones are taken by illness and accident, the old grow decrepit and infirm. We are sentient beings, to whom bad stuff will always happen.

But there is less of that bad stuff today than ever before, in every way, by any measure we want to examine. And if we’ve struggled our way up to, oh, the lower middle class in a developed nation, we are living, dear people, better lives, with more abundant choices and mobility and options for pleasure and enlightenment, than any king’s family a century ago.

If you’re a data hound ala Doubting Thomas and won’t believe anything unless you can see the wounds in Jesus’s palms, wait, no, I mean charts and graphs that demonstrate conclusively how every measure of human life shows things getting steadily better since people began noticing things and recording what they saw, then I refer you to this extraordinary website, a data-lover’s delight: http://www.ourworldindata.org/.

Clean water systems and soap and roads and stores and pleasant welcoming people eager for your patronage and social interchange in virtually every nook and cranny of the developed world.

More food choices and variety at every neighborhood farmer’s market or grocery store than have ever existed anywhere, no matter how wealthy the past locales have been.

Nearly the entirety of the world’s knowledge accrued over thousands of years available on a device you carry in your pocket (not to mention the ability to use that device to chat up or write a quick note to reach people all over the world in real time—right now).

I know we have problems, problems galore. The world is a dangerous place.

I’m just trying to think back to some golden time when we had no problems and the world was tidy and serene.

Can some enterprising reader find me one of those times, please? 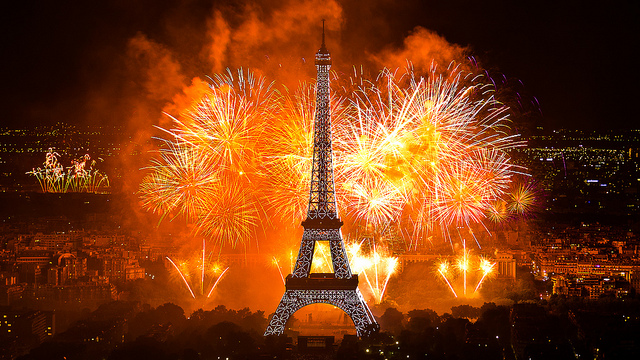 I’m pretty certain it wasn’t in one of the cities being overrun by Genghis Khan in the 13th century, all its inhabitants given the choice of capitulating and becoming slaves or else being slashed to death, with the city laid to waste. A 2011 research project at the Carnegie Institution’s Department of Global Ecology suggested the death toll at his hands was some 40 million people, with enough of their farmland reclaimed by forest to have caused the earth to cool. “The most unsung Environmentalist ever,” one sardonic commenter observed.

I’m pretty certain the golden time wasn’t in Europe during the Middle Ages, when according to a book excerpt on the subject by UC Berkeley Press:

“The typical medieval urban environment was a toxic mix of filth, noise, rats, flies, and terrible stench emanating from streets filled with raw sewage and garbage…As those who have studied urban life during the Middle Ages are fond of pointing out, the only real sanitation laws involved ordinances requiring homeowners to shout ‘Look out below!’ three times before emptying chamber pots out of their window and onto the streets.”

And you won’t find much sunshine here, I guarantee you: http://en.wikipedia.org/wiki/List_of_genocides_by_death_toll.

Perhaps the real Eden was out in the fair fields of country living, you say? Would that be when “homes,” if one could call them that, were “unventilated, unsanitary, cold, and damp?” When a family’s scrawny animals were brought indoors in order to survive long winters, there to relieve their bladders and bowels on loosely strewn straw a short distance away from the open hearth where family members huddled to survive the cold, whacking the rats who regularly raided their poor quality grain supply?

Under these conditions, “Bathing and laundering…were virtually impossible, and the typical winter diet—salted meat and fish, bread made from poor quality grains, and watery ale—virtually guaranteed illnesses caused by dietary deficiencies, infectious agents, and indigestible or toxic foods.” 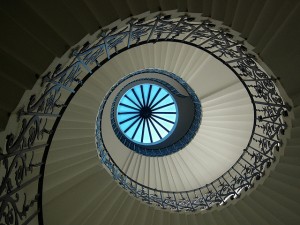 I’m also pretty certain the Golden Era wasn’t during the London Blitz of May, 1941, when German warplanes laid siege to the city for 57 straight nights, setting a good part of it afire and then returning regularly through the following September. More than 1 million London homes were destroyed and some 40,00 of its citizens perished. (The British returned the favor in July, 1943, laying waste to nearly the entire city of Hamburg in a massive firebombing that killed 42,600 civilians and wounded another 37,000 in a concentrated eight-day assault.)

For the life of me, I can’t remember enduring anything similar to that here in Santa Rosa.

If we’ll commit to a few hundreds of thousands of additional history pages, we could no doubt get an even more fulsome picture of wars, famines, pestilences, genocides, natural disasters and economic calamities around the world, variously affecting every nation in every era. For most of them, being a “CONFUSED, CONFLICTED, TIRED NATION” would have been an astounding improvement in their fortunes. But let us spare ourselves, for now, the gruesome details, which continue today, yes, but on a far reduced scale compared to the past.

Humans have always lurched from crisis to crisis, hard times and material want being such a given and regular state of affairs that it has actually been the norm, the basic state of things, “Nothing to see here, move it along now…”

As in most other things, we’re just not all that special in the challenges we face, however foreboding they may seem. I suspect at some point, somewhere, there will be another terrorist atrocity affecting our nation, covered breathlessly by the media and memorialized regularly thereafter. And it will be a supreme tragedy indeed, unbearable, for those directly affected. But life will go on, people will continue to live and die and barter and laugh and grow food and have sex and make babies, and the world will continue to turn on its supremely calibrated ellipse.

Late in my mother’s life, I was sitting in her room asking about our arrival on these shores from Germany. My parents had bounced around there as displaced persons after World War II when the Soviets occupied their native Hungary and there was no going back. My father and mother were 34 and 27, respectively, when they packed up their suitcases and three children for the ocean voyage to New York Harbor in 1952. I was the youngest at 8 months old, my brother and sister were almost 4 and 7.

My parents look rather dashing in their heavy European coats, don’t you think? But the reality was rather different. 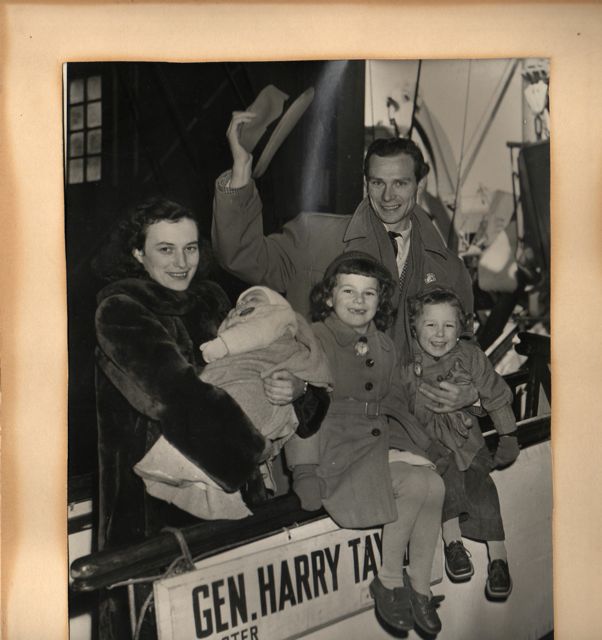 My father spoke just a few words of English, my mother just what she had learned in high school. My father had been a track star in Europe and had spent most of his life developing that prowess, rather than many marketable skills aside from his bright and engaging personality. My mother was a housewife.

The local newspaper in Woodbridge, New Jersey, where we landed to occupy the living room of a distant cousin who had reluctantly agreed to “sponsor” us as a condition of our immigration, ran the  photo above because of my father’s athletic notoriety.

Sitting with my mom, I asked about particulars of the overseas voyage, and the conversation went more or less like this:

“Did you have three meals a day in a cafeteria?

“Yes. There were meals at regular hours.”

“What about in between meals? Was there a cafe or snack bar where you could buy something if you got hungry?”

“No, but it wouldn’t have made any difference anyway, because we didn’t have any money.”

“Well, how much money did you actually have?”

“We didn’t have any money.”

So, the summary line on that particular career move: Emigration to a new country where they stayed on a highly temporary basis with a distant, put-upon cousin they had never met, with three kids, minimal language, no skills, and not one penny in their pockets. At 34 and 27 years old.

And I’m worried about whether my retirement portfolio will hold up if I make 90?

“Some people see the glass half full. Others see it half empty. I see a glass that’s twice as big as it needs to be,” joked the comic George Carlin.

So let us acknowledge our abundance and sheer, dumb good fortune to be avoiding the privations of hunter-gatherer life, the slings and arrows of Genghis Khan’s Mongol hordes, the genocides of Stalin and Pol Pot, and even the upturned chamber pots of European cities whose romantic cosmopolitan delights we are delighted to take in today.

I believe humanity will prevail, as we always have, because we can do and feel into things like this, with an unquenchable desire for more, more, more:

Tags:  best of times, hardship in history, life in the middle ages, modern life, myth of the Golden Age, perspective in modern life

11 comments to These Are the Best of Times