Toward a Reasoned Second Amendment Debate

October 8, 2017 Posted in Politics/Culture No comments 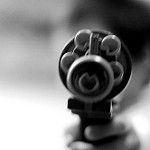 I want to start with this question for fervent defenders of the Second Amendment: Is there any limit to the right to bear arms? Assuming that no one should be able to walk down to their local CVS or Safeway to buy a bottle of aspirin, a bag of potato chips and a machine gun, can we acknowledge that there should be some reasonable limits on an individual’s right to buy weapons?

If so, then the question simply becomes: What should the nature of those limits be? If I can buy one handgun for my family’s protection, can I buy 10 in order to place one in every room and thus increase the security I am aiming for?

And knowing that there are bad guys out there with rifles, should I have 10 of those instead of mere handguns?

And not only hunting rifles either, because I also know there are bad guys with military-style assault rifles, so how will I protect my family with mere hunting rifles against them?

I can’t, of course, so in order to stand any chance at all, I’m going to have to match the bad guys assault rifle for assault rifle.

Or better yet, tip the odds in my favor by acquiring a (thus far legally prohibited) machine gun.

Ten of them, as a matter of fact.

And for good measure, a hand grenade or two in the kitchen drawer.

How ‘well-regulated’ was Stephen Paddock on that 32nd floor of Mandalay Bay?

Clearly, any claim of an absolute and unlimited right for private citizens to bear arms is absurd. Just as there are limits to my free speech (Justice Oliver Wendell Holmes’s 1919 dictum of not being allowed to yell “”Fire!” in a theater being the go-to example), our legal system must be able to regulate and constrain any individual’s right to bear arms in the interest of collective safety and security.

Your right as a private citizen to build a nuclear reactor (or even a store or animal shelter) on your private property can be curtailed by the wider public’s right to safety, peace and quiet in their person and their neighborhoods.

Yes, zoning laws are a clear example of big government regulation of private property ownership and individual freedom. Anyone out there think we should ban zoning laws?

So the question of the week: Why should a private citizen be allowed to purchase rapid-fire assault rifles, or add-ons that allow a regular rifle to be turned into one?

Why should he (it is almost always a “he”) be able to do so without universal and consistent background checks, no matter the purchase venue, with a requirement for extensive safety training as we do for people learning to drive the potential death machine of a car?

Is it because denying them that right violates Second Amendment rights in support of a “well-regulated militia?”

How “well-regulated” was Stephen Paddock on that 32nd floor of Mandalay Bay? 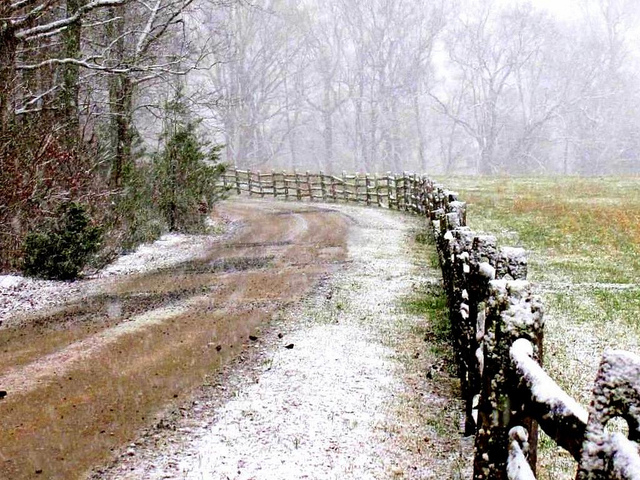 Just minutes after I heard of the unfolding tragedy on my car radio while driving across town, I was standing in my local paint store waiting for a few gallons of housepaint to be stirred and shaken. John, a cheerful and attentive middle-aged man, salt-of-the-earth type, was helping me and asked if I’d heard the news. When I indicated I had, he said, without rancor or emotion, “Some people think we should ban guns, but that won’t prevent something like this.” He shook his head slowly in a symbolic shrug.

And then he added: “When my mother was a young girl in Austria before World War II, the government came and told all the citizens that it would be better and safer for them if they turned in their guns. So they did, and then when the Germans came, they had no way to fight them.”

Added together, John’s comments suggested that 1) gun control proponents want to ban all private ownership of guns, and 2) an armed private citizenry will be able resist the invasion of a superior foreign power that its well-trained, heavily weaponized armed forces could not defend against.

Both of these claims are unsupported and ridiculous in their own way, yet they reflect common misperceptions by well-intentioned people such as John, a decent fellow I am certain would be an amiable neighbor with whom I could share summer barbecues and tools and amusing tales of our children.

First, virtually no proponents of tightened gun control measures advocate anything resembling a total ban on handguns and hunting rifles. Gun confiscation is never the point of such efforts, and it will never come to pass.

That doesn’t mean we don’t persist, don’t keep throwing ourselves into the fight for more sanity and basic regard for the sanctity of life rather than the sanctity of gun ownership.

Instead, those efforts focus only on adequate background checks, rational restraints on firepower, and forestalling the ability of the mentally ill, criminals and others to obtain weapons. (These “others” include those on terrorist watch lists, which the vehemently pro-gun, Republican-led U.S. Congress voted down, amazingly and unapologetically, last year.)

Yet somehow, this paranoid meme of “They’re coming for our guns” seeps into the thoughts and expressions of otherwise benign people like John, he of the gentle demeanor but severely mistaken perception. Which helps the NRA effectively stonewall every small sliver of would-be progress on even the mildest forms of gun control.

Call it the casualty of propaganda fomented and repeated often enough by the NRA and its apologists that it has become gospel in the everyday conversation of otherwise harmless citizens across the land. 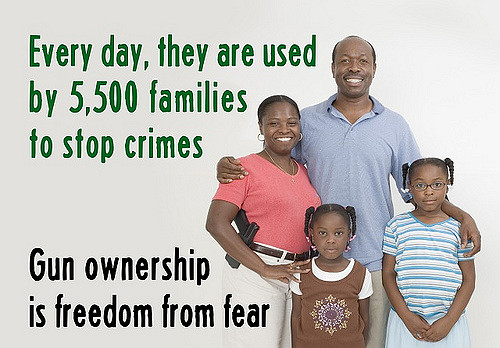 Second, historical records of disarming the Austrian population prior to World War II are sketchy at best, but even assuming it happened, the specter of Austrians with their handguns staving off Hitler’s army and the Luftwaffe in a way that, say, France as a superpower of the time soon proved unable to do, defies the imagination.

This is an absurd fantasy at best, and Austrian citizens would have better assured their personal safety by capitulation to German invaders rather than mounting futile resistance with their handguns.

All of this begets the question: Will anything that frustrated, distraught and disheartened advocates of reasonable gun control say or do ever make any difference when such lazily considered memes as “They’re coming for our guns!” and “When guns are outlawed, only outlaws will have guns” continue to enjoy the currency that they do across a wide swath of middle America?

I truthfully don’t know the answer to that question.

While I live in hope that the irrationality and fear will one day ebb among those who reflexively oppose even minor attempts at gun control, I also know that the arguments behind those fears are not rational but emotional, and therefore not much given to being changed by rational response.

That doesn’t mean we don’t persist, don’t keep throwing ourselves into the fight for more sanity and basic regard for the sanctity of life rather than the sanctity of gun ownership.

And we are not completely alone in that fight. This morning’s New York Times featured an op-ed by a gun owner and hunter who disavows the NRA and suggests that much of the nation’s 90% of gun owners who do not belong to it are actually in favor of reasonable firearm controls and safety requirements.

May that dialogue begin, yesterday.

Meanwhile, I am reminded of the great patience required for the moral truth of any given position to eventually penetrate and percolate into the minds and hearts of the often distracted, overly busy, often under-informed body politic.

How long was the struggle, which persists even today, to guarantee the full human rights and inclusion of oppressed populations? We do well to remember how vicious, intransigent and plain wrong the resistance was, yet how hopeless the efforts for equality sometimes appeared to be.

Until the resistance crumbled under the slow and steady onslaught of a noble cause and its historical righteousness.
I don’t know how many years it will take, but I do know, or at least I am foolish and blinded enough to persist in hope, that we will one day look back on this period of a society awash in guns—and militant insistence that they are protecting us rather than killing and tearing us apart—as a peculiar form of insanity.

That our better angels will yet prevail in this, too, as they have time and again as the tides of history wash in and out in the uneven patterns that they do.

This insanity too, shall wash away for good. (I hope. And hope…)

The tragedy is that the waiting is killing some of us, all too literally.

***
This commercial is from 2012. Five years and countless mass murders later, there is still no plan.