The Fallacy of Second Amendment Absolutism

There has been another shooting…

The names and locales and exact number of victims begin to intermingle and fade into each other over time as a wearying sequence of outrage, grief and calls to do something give way to a series of volleys that see the left and right political flanks in our country dig deeper into their respective trenches of outrage tinged with near despair on the left and dismissive gun rights absolutism on the right.

“When will this insanity stop? When will enough people say, ‘Stop this madness!’? Too many have died. We should say to ourselves, ‘Not one more!’”

That’s Richard Martinez, father of one of the six victims left dead at only the most recent carnage last weekend at UC Santa Barbara.

“As harsh as this sounds—your dead kids don’t trump my Constitutional rights.”

That’s “Joe the Plumber,” a supposed American “everyman” who catapulted into the media spotlight when he took on then-candidate Obama at a 2008 campaign stop, parlaying that encounter into a subsequent book, a (losing) run for Congress in 2012, and renewed attention from media two days ago in what he dubbed an “Open Letter to the Parents of the Victims Murdered By Elliott Rodger.”

I suppose Joe, aka Samuel Joseph Wurzelbacher, ardent defender of his interpretation of the Second Amendment, should get some credit for at least anticipating how “harsh” his words would sound, but then it begs the question: Why not soften your tone so as not to add any more pain to these emotionally devastated parents?

If you, as you say in your own words, “cannot begin to imagine the pain” these parents are going through, then might you, as at least one token gesture of trying to imagine it, show some deference and kindness by deliberately not sounding “harsh?”

Biblical? You mean that ‘Prince of Peace’ fellow who washed sinners’ feet, entered Jerusalem on a donkey while promising to transform the world, and willingly submitted to a horrific death without raising even a finger in resistance?

But this bellicose, grenades-from-the-trenches tone has increasingly become what passes for dialogue in today’s cultural, political and religious landscape. And as much as one is tempted to tune out extremists on all sides and grope toward some kind of common core, some table where reason, sanity and actual listening might prevail, this Second Amendment issue has clearly gone off the rails on the far right.

Today, among what can only be described as gun militants, there is insistence that even the tiniest bit of retrenchment from the National Rifle Association’s not-one-bit-of-compromise stance is out of the question, off the table, an outrageous infringement of a cherished constitutional principle that is unto a religion on much of the right.

Notable here is that the website where Wurzelbacher’s letter appeared bills itself as “Politics & Culture / News & Opinion From a Decidedly Biblical Worldview.”

You mean that “Prince of Peace” fellow who washed sinners’ feet, entered Jerusalem on a donkey while promising to transform the world, and willingly submitted to a horrific death without raising even a finger in resistance?

That savior of the world, ready to die for…your unrestricted right to bear assault rifles in the 21st century? 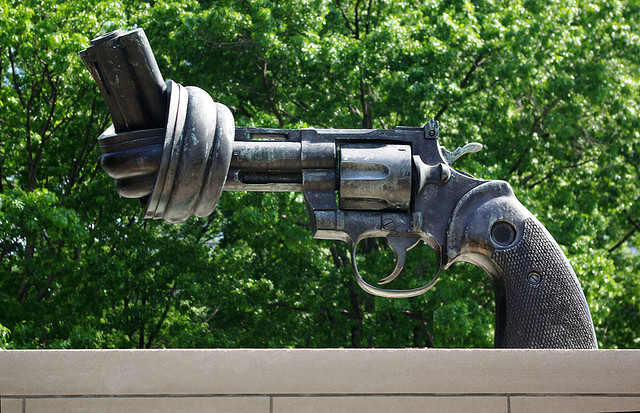 Memo to all gun-defending, no-compromise NRA supporters, quite apart from who you vote for or where you worship: Nobody, including me, Richard Martinez, President Obama, the Newtown parents or Barney Fife, wants to confiscate your guns and hereby declare martial law and a permanent socialist police state.

Nobody wants to prevent your hunting and target practice and ability to protect yourself against violent criminals. So can we kindly talk about what we might reasonably hope to achieve together in addressing the resounding grief caused by gun violence in this country, which leads the developed world at nearly three times more deaths per 100,000 people than its nearest competitor?

We are awash in guns and gun deaths, and the more—and more lethal—guns we acquire, the higher the death toll goes. The statistics are there, in black and white. And the answer to this is: even more guns, in even more hands, at ever more lethal caliber?

Can we maybe talk about at least limiting, even if it turns out to be only a symbolic gesture, the nearly unfettered ability to legally purchase weapons of unlimited caliber and capacity for carnage? Maybe add reasonable waiting periods and background checks onto that, along with some renewed teeth in mental health services and regulations that can more readily identify and assist powder kegs such as Elliott Rodger?

According to never-compromise NRA arguments, the Second Amendment is sacrosanct and absolute, without room for nuance, interpretation or application to changing historical circumstance.

The right of the people to bear arms shall not be infringed.

That’s so you can fight back when the federal agents come barreling onto your property to confiscate the guns you keep to “protect your family.”

Two slightly different versions of the following were in my e-mailbox this morning—perhaps in yours, too, from a sender called “Patriot Survival Plan”:

Just found out something crucial and rushed to let you know.
Martial law has gotten dangerously close.
Right now, we’re literally one step from having feds knock down our doors.
Almost all the steps leading to martial law are now completed… all it takes is one more spark to ignite the disaster.
And the match has just been lit.

I didn’t click on the link to find out what that “match” is—maybe Richard Martinez’s cry for some mercy and sanity in the far right wing’s obsession with gun rights? 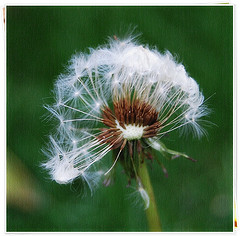 Taking Second Amendment “absolutists” at their literal word (even though no other amendment, e.g. free speech, is ever absolute, in any sense), there should be no stopping at assault rifles for those who want to ensure maximum protection. In order to defend themselves when government troops come knocking, shouldn’t absolutists, in the interest of creating a level playing field to fend them off, also have access to the same nuclear weapons as the government does? Otherwise, mere assault rifles will look rather limp, won’t they?

The idea, after all (“from a decidedly Biblical worldview?”), is to respond decisively, in a hurry, with maximum deadly force.

And that right shall not be infringed.

Dear conservatives with a conscience, who are rational beings: I understand conservative principles. Seeking to “conserve” the best of our traditions; measured, carefully calibrated openness to change; general wariness toward utopian social engineering; an emphasis on self-responsibility and hard work.

All well and good, all necessary elements for a stable society. Count me in.

But nothing in that, and nothing in the religion of Jesus or anyone else, calls for an unfettered Second Amendment. We are far past time for a serious, rational discussion on basic regulations—you know, the kind we insist on for driver’s licenses and loans and marriages—that can begin to take at least one step, however tiny, however inconsequential it may ultimately be, in preventing more of the senseless slaughter that continues to pile up bodies in this country day after day.

All of us, including Joe the Plumber, owe that to Richard Martinez and the parents of Newtown, Columbine, Virginia Tech, et al.

“Non-Violence” (a.k.a. “The Knotted Gun”) photo by Alan English, Scottsdale, Arizona, of a sculpture by Fredrik Reuterswärd, a gift from the government of Luxembourg to the United Nations.  Some rights reserved under Creative Commons licensing, see more at: https://www.flickr.com/photos/alanenglish/

13 comments to The Fallacy of Second Amendment Absolutism