As this space reflected on upon her death just over two years ago, Mary Oliver was at once among our most celebrated and accessible poets. Oliver was (and remains) the darling of a certain kind of spiritually inclined nature lover who revels in the unfettered ecstasy of being in the great outdoors, often alone, breathing deeply of chill morning air, much more inclined to be gazing slack-jawed under a cathedral of trees than sitting in church pews. (And if it were the latter, it would have to be Unitarian Universalists or lefty Christians rather than Garrison Keillor-style Lutherans, and it would be the late service, after the morning’s tramp though the woods…)

Despite the imprimatur of a Pulitzer Prize in 1984 and a National Book Award eight years later, Oliver had her critics. Her basic theme—“Oh, how I love this world, read this and get out there and love it, too!”—was expressed in rhapsodic-but-straight-ahead language, with imagery that required readers only to revel in appreciation rather than consult dictionaries or learned tomes on Norse mythology.

For this, she was often ignored by the academy and periodicals whose editors preferred their poetry more opaque and literary. That in no way meant, though, that she was a simpleton writing best-selling drivel for the masses ala Rod McKuen.

But her relentless and deep absorption into the natural world as a poet of ecstasy did allow her to do much better than most poets in the marketplace, and she lived frugally enough in the woods outside Provincetown, Massachusetts with her lifelong partner, the photographer Molly Malone, to mostly stick to her regimen of hiking, intently observing, and writing.

Oliver never much cottoned to interviews, and would surely have fled in terror if she were ever approached by the booking agent for Stephen Colbert, et al.

So here we are, early spring, Easter Sunday, creeping on tentatively toward post-Pandemica, post-Trumplandia, still masking up to go into the nursery for our April plantings but daring to hope now, truly, for a big, steadying, and richly appreciated dose of normal.

Rising from this long sleep/nightmare, we are perhaps ready at last to hike down our respective mountains with the bears and sheep and foxes and all other of God’s (and St. Mary’s) chillun’, “like a red fire touching the grass,” offering an uncomplicated answer to the one question that drove every Mary Oliver poem and often appeared explicitly in them in one framing or other, as it does in this one below: “Are you ready to love the world?” 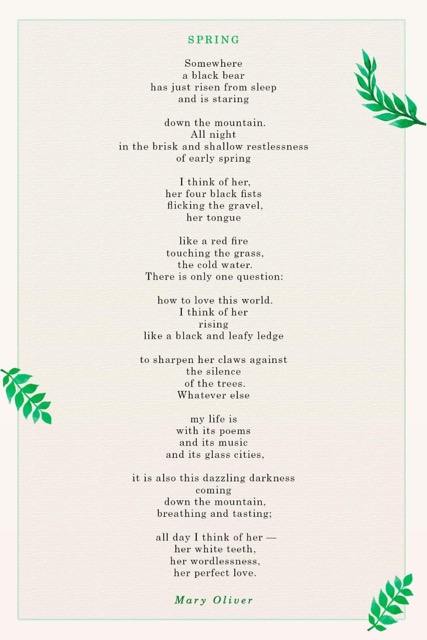 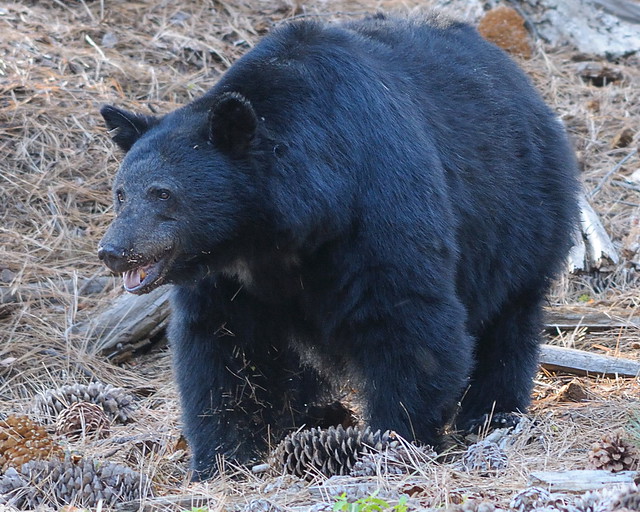