What Is Sacred Space? 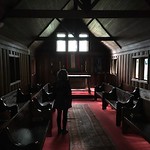 At this time of year when much of the world is observing events steeped in ancient lore and enchantments, what can we say about the settings and places where we perceive something as sacred? What do we even mean by “sacred space?” What qualities must any space reflect to be deemed “sacred?” Who decides what those qualities are?

Years ago, “U.S. News & World Report” ran a lengthy cover story headlined, “Sacred Places.” Its rather exhaustive list of such places contained all the usual suspects, though it was dominated by buildings and monuments.

The Church of the Holy Sepulcher in Jerusalem.

The Golden Temple in India.

Stonehenge, Karnak in Egypt, the temple of Confucius, the entire city of Mecca.

Interestingly, there was little said about awe-inspiring natural settings—the Grand Canyon, Mt. Everest, the Serengeti Plain, the Gret Barrier Reef, and all the other places on Planet Earth that, when we first lay eyes on them, cause a fluttering of our insides and elicit the universal human response of: “Wow!”

Nor did the magazine mention places deemed sacred via tragedy, sacrifice, death. Places where our voices seem to take on, of their own accord, a respectful hush.

On a personal level, it might be the hospital room where our loved one suffers, the patch of earth or ocean or forest where their remains are scattered.

And on the flip side, there is the newborn nursery room where first-time parents almost burst with the inexhaustible wonder and mystery and magic of life itself, made anew. 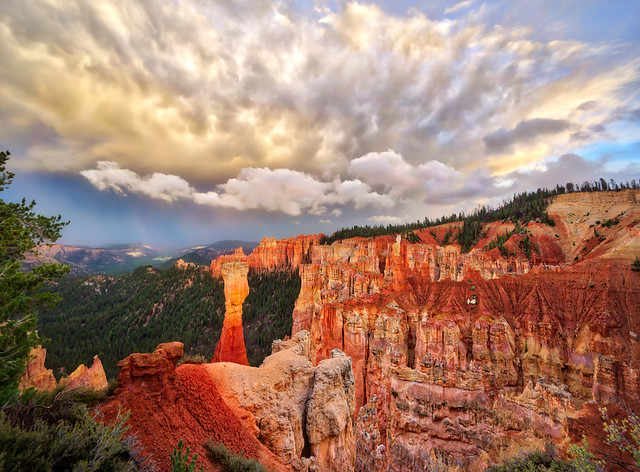 “U.S. News” invited readers to chime in with their own sacred space nominations, which made for a list that is alternately fun and heart-rending:

“The hospital ward where I recovered from a bout of severe depression.”

“The wooded area of the family farm in eastern Iowa.”

“The steamroom of my local JCC fitness center.”

“The chart of the chemical elements.”

“The Eisenhower Chapel in Abeline, Kansas.”

“My son’s bedroom, unaltered since he left home.”

And: “My flannel Wallace tartan shorts.  (I’m thinking I had better Google this…)

Finally, this classic: “The marriage bed I share with my wife.” (Mmmh—sacred sheets!)

So let’s take a crack at defining sacred space. What makes a place “sacred?”

It has something to do, I think, with a quality of silent reverence that it causes in us. Sometimes it is reverence mixed with ecstasy or profound contentment.

Sacred space is where the concerns of the everyday world, with all its to-do lists and clamor of needs and wants and desires, of time-boundedness and temporality, fall away.

We cross a threshold at some point—maybe predictably at the door of a cathedral or cemetery, maybe suddenly at a turn in the trail that presents us the full frontal of a magnificent waterfall.

Maybe just in our yard, with the dying light angled just so on a patch of old fence.

Time pauses here. The world takes on added dimension, and we can feel it deep inside ourselves, in a kind of quiet, almost autonomic reverence. 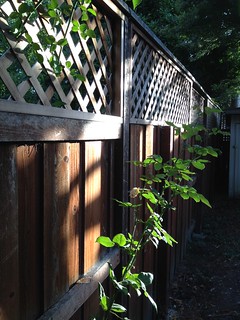 In sacred space, we absorb the stark beauty and wholeness and gravitas of things, in moments of time that point to the timelessness beyond. At the essential sanctity of the things we hold dear: our loved ones, our homes, our churches, our hammocks, our music, our journeys.

Maybe even our offices or garage work benches. (Well, no, maybe not our offices…)

Sacred space is where we inhabit T.S. Eliot’s “still point of the turning world.” It’s where depth abides, where we know that the world, in all of its fathomless mystery, is bathed in the forever, even if we are not.

Sacred space may feel more “real” than the “real” world to us because what passes for the real world—our often reactive, semi-conscious busybee pursuits of ephemera—doesn’t take adequate account of, doesn’t note or observe, the depth we know when we enter sacred space.

Often, it takes a specific place, a location designated by acclamation or tradition as sacred, for us to readily grasp it.

This explains the power of churches, synagogues, zendos and mosques to keep us returning to them at an appointed time. Our forebears built these places of worship with the express purpose of making them sacred, of inspiring an immediate change in the consciousness of all those who walk through their doors.

The architecture, the lighting, the windows, the art, the flowers—all of it tends to be suggestive of importance, reverence, depth, timelessness—an homage to beauty and eternity.

This also explains why we feel so repulsed when a sacred space is violated—as when drunken teenagers rampage through a graveyard or a church is bombed. “What is the world coming to?” we ask… 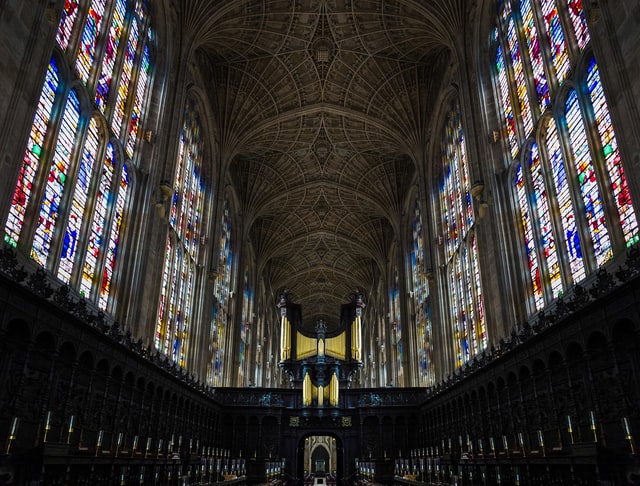 Churches don’t always feel sacred, though. Sometimes a building is just a building. This may be particularly true on weekdays when churches can turn into wholly secular meeting halls and bingo parlors.

The reverse is also true—sometimes quintessentially secular places like big boxy arenas can turn into sacred church space. Ask any attendee at a Bruce Springsteen concert about that phenomenon.

Gatherings in public places also remind us that sacred space often has a social dimension, the flip side of meditating or hiking in favorite woods alone.

Social occasions let us indulge in the time-honored activity of drawing sustenance and inspiration from others in our tribe, of inhabiting sacred space with them. How else to explain meditation groups, and the paradox of conducting such an intensely private internal activity by gathering with scores of others in a large room?

Now: does sanctity exist independent of us? Awe-inspiring as our natural wonders can be, one sunrise to the next piercing trees and leaving us with mouths agape, when there’s no one around, is a tree just a tree?

And what about when nature turns on us, maybe still leaving us in awe, but the awe rooted in terror rather than adulation?

After all, the same tree that enchants our imagination one moment can blithely fall and kill us the next, or be sent hurling into our homes via a tornado. 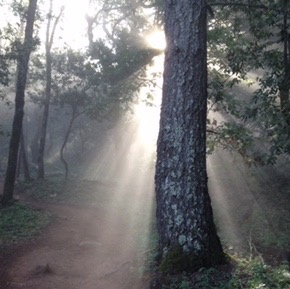 In those instances, we see that nature simply exists of its own accord, here before we were, here after we will cease to be, pitilessly indifferent to our fate as mortal humans. Sometimes, a tree is just a tree, its self-sufficiency a self-evident fact.

Which begets an additional question: Is sacred only about the good and inspirational stuff, the sunshine part of God? Or must we also, if we are going to allow the whole kit & caboodle of existence into this discussion, also recognize and bow our heads to the dark dimension of God, and call it sacred, too?

We might consider the saga of Job here as support for that point of view, along with the seeming heresy that Lucifer and every other human rendering of the devil is simply God in another guise, rounding out the story of creation.

In the end, I see sanctity as a human construct, an experience in the depths of the psyche. It is there—in the human capacity to think religiously, to concoct a sacred scenario—that a tree becomes so much more—if we have but eyes to see.

And what about the time dimension of sacred space? Though time seems to stop and point to the eternal when we inhabit sacred space, we eventually return to the time-bound world, do we not?

Whether it’s the Buddha standing up again under his Bo tree, Christ returning from 40 days in the desert, us emerging from the sacred choral concert or climbing down from Mt. Shasta, finally, our occupation of sacred space—of that particular sacred space—has to end; we have to move on.

Oh, we try to capture it, seize, contain, preserve and extend it—that is the basis of photography, after all. (And of staying too long at a rollicking good party—I know a little something about that…)

But eventually, we leave our perch, our window for that moment into the sacred, and we move on into the next moment, the next space. Will that space be sacred, too, or just the same ol’ same ol’?

What happens when we emerge from the darkened church and its heavenly song, into the noonday sun with traffic and blaring horns and a car that won’t start?

Truly, that is the great challenge of the spiritual life, is it not? To no longer pick and choose and separate the sacred from the profane, but to so animate the world that all space, all time, is made sacred. Which is to say, worthy of our full acceptance and attention. (And gratitude.)

Because it’s not just about sheer beauty, is it? It’s not just about, in William Blake’s words, “seeing the world in a grain of sand, and heaven in a wild flower.” It’s also about creating the sacred out of the ruins of the Twin Towers, the spilled blood on Iwo Jima, the hanging trees in Mississippi, the suffering of our loved ones, and ourselves.

It’s about staring even atrocity in the face and proclaiming our commitment to all that is loving and good, to make all things anew with our intention of peace and fellowship. Not denial, but renewal.

I’ve recounted before in this space my experience as a Hospice volunteer, when a raucous party atmosphere met me when I was called to tend to a man suffering from ALS who had ended all food and water intake and was in his death throes, barely conscious in his bed in the middle of a large room.

The gathering was well-intentioned enough, but it was aping a kind of Irish wake gone terribly wrong, wholly inappropriate to the circumstance. A man was suffering and deserved a measure of dignity that no jovial chatter and hoisting of beers could afford him.

All I could do—what I had to do—was pull my chair up to his bed and let him know I was there, truly there, holding his hand, sitting quietly with him and carving out our own sacred space amidst the din.

A few moments later, a woman unknown to me sat down on the opposite side of the bed and took hold of his other hand. 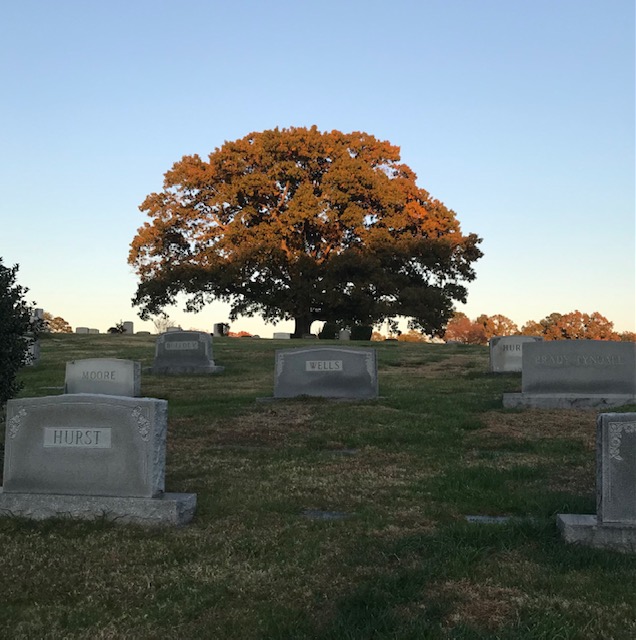 In the end, sacred space reduced to its essentials is a beautiful human construct celebrating beauty itself, including the beauty in the depths and longings and sufferings of the human heart, the stirrings of the imagination, the infinite backdrop of all time-bound phenomena.

And I would add one more thing: that sacred space is not only about the imagination and intention, but also recognition. Something inside us—some predisposition, some openness to depth and the transcendent dimension of life—recognizes sacred space in potentia and marries up with it—in its physicality, its availability in a place, a moment, a person.

Sacred space waits for us, invites us, and when we are ready, with eyes to see, ears to hear, and skin to tingle, it speaks to us, often, but not always, in hushed tones, saying:

“Be still, for something important abides here.”

“Be watchful, for here is the beautiful, the terrible, the awe-inspiring.”

“Be of gratitude for the wonders—and even the sufferings— of your joyful and tender heart.”

16 comments to What Is Sacred Space?