Wild With Desire: Eleanor Bass’s “Yours Always: Letters of Longing”

May 6, 2018 Posted in General Nonfiction 2 comments 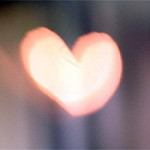 I’ve been luxuriating, which is to say, “reading slowly,” through a lovely book of letters on the subject of “longing.” The type that one human being has for another, sometimes reciprocated and sometimes, tragically, not. The editor, Eleanor Bass, an academic from King’s College London, has compiled quite the lineup of literary and cultural all-stars here, most of them at their abject, somewhat-miserable-and-desperate but florid selves, with which anyone who has ever hurtled over a cliff of wild desire for another’s acknowledgement, presence, breath, word, smell, arched eyebrow, anything, can surely sympathize.

Charlotte Bronte, Winston Churchill, Henry the VIII, Franz Kafka, Ernest Hemingway, Edith Piaf, Graham Greene, Marie Curie—all here, plus quite a few more. That includes Richard Burton writing to that woman Liz who so tormented him, then her writing back, joining all the others who stand forth from these pages naked to both their own emotional depths and to the object of their desires.

Burton as Liz is leaving him:

“I am a smashing bore and why you’ve stuck by me so long is an indication of your loyalty. I shall miss you with passion and wild regret.”

Taylor to Burton, a year later, having forestalled divorce and reconciled (at least for the time being):

“I wish I could tell you of my love for you, of my fear, my delight, my pure animal pleasure of you—(with you)—my jealousy, my pride, my anger at you, at times.”

Side note from me to Liz: I think you just did, my dear. 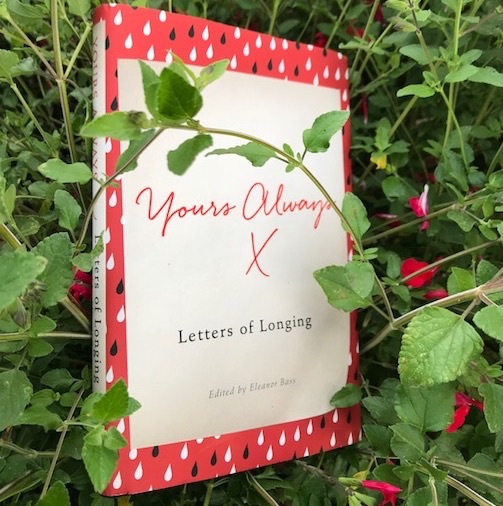 The book is titled, “Yours Always: Letters of Longing,” and it is one of those that can be read one letter at a time. How about  a little munch with Iris Murdoch and your coffee in the morning as she writes to her married lover, the French writer and artist Raymond Queneau:

“Listen—I love you in the most absolute sense possible. I would do anything for you, be anything you wished me, come to you at any time or place if you wished it even for a moment.”

Then on your lunch break to Loretta Young, here writing to the married-though-separated Spencer Tracy, both of them observant Catholics and guilt-anguished as can be, but self-recrimination can wait till later as she opens her letter:

“My darling—First of all I want to tell you again, that you haven’t been out of my thoughts for a moment since you left me Tuesday night. The few hours that I haven’t been thinking, wondering and worrying about you, I’ve been dreaming about you.”

And sometime before you turn out the light on your nightstand, you can thank your good fortune while briefly peering into the aching but bitter heart of English playwright and bon vivant Oscar Wilde. Married with two children, he penned a 50,000-word letter to his far younger lover Lord Alfred Douglas, written from prison after the affair had been discovered and Wilde prosecuted and sentenced on a morals charge while the nobleman Douglas skipped across the pond to Europe. It included this:

“Do you really think that at any period in our friendship you were worthy of the love I showed you, or that for a single moment I thought you were? I knew you were not. But Love does not traffic in a marketplace, nor use a huckster’s scales. Its joy, like the joy of the intellect, is to feel itself alive. The aim of Love is to love: no more, and no less.” 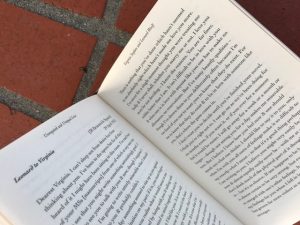 So many deep, enriching and half-crazed sentiments, so few selections (26 en toto, over a mere 185 pages, I could have happily gone on, and on…).

There is a certain commonality among this august cohort, most of them pleading, breathless, divulgent, laying bare just how mesmerized and nearly insane even the most otherwise reserved of them could be under the onslaught of passionate love.

Hard to pick a favorite, though the courtship and eventual marriage of Virginia (nee Stephen) Woolf to her drunk-with-love Leonard brought forth the uncommon literary alliance previewed in the exchange of letters in this volume. Their pairing met its end only with Virginia’s suicide nearly 29 years later as she walked into the ocean with her pockets full of rocks despite her fiercely stated, everlasting devotion to him.

Back in 1912, however, Leonard was beseeching, aw, make that a straight “begging,” for her hand, her time, her life to be joined to his.

“I know clearly enough what I feel for you. It is not only physical love though it is that of course & I count it the least part of it, it isn’t only that I’m happy with you, that I want to live with you; it’s that I want your love, too. It’s true that I’m cold & reserved to other people; I don’t feel affection ever easily: but apart from love I’m fond of you as I’ve never been of anyone or thing in the world. We often laugh about your lovableness but you don’t know how lovable you are. It’s what really keeps me awake more than any desire…You are far finer, nobler, better than I am…But I’ve many beastly qualities—though I’ve shown them to you deliberately often because I’m too fond of you not to want you to know that they do exist…I don’t want you to decide until you’ve finished your novel, I think you’re right not to. I can go on as we’ve been doing for six months even, if you want it, or if you ever for a moment feel it would be easier, I will go away for a week or a month or longer—though not seeing you for a day makes me miserable now.”

These sentiments go on for a few more pages, with Leonard returning several times to the idea that sexual longing is decidedly the lesser of his increasing feelings of love for Virginia, but that:

“It has grown far more violent as my other feelings have grown stronger.”

Poor Leonard, trying a delicate balancing act of accepting Virginia’s oft-stated ambivalence toward sex—a bit too messy for her refined sensibilities—and his own “very strong” sexual needs he says he was born with, “but which even then…becomes so merged with one’s other feelings.”

He is signaling here, in no uncertain terms that yeah, he wants it, but knowing her as he already does, he can live without it because:

“You are the best thing in life & to live it with you would make it 10,000 times more worth living.”

That, my friends, is a man besotted.

She answers him with a typically literate but elusive mix of feelings, acknowledging that she is “fearfully unstable,” bouncing from being “angry sometimes at the strength of your desire” to an acknowledgment that “there is some feeling which is permanent, and growing.”

Ah, a flicker of hope for the anxious suitor, awaiting what were surely agonizing days for her response. (Virginia posted it two days later.)

And then, just to throw enough cold water on the whole tableaux to ensure Leonard would be under no illusions about what awaited his sexual need, she lowers this boom:

“I sometimes think that if I married you I could have everything—and then—is it the sexual side that comes between us? As I told you brutally the other day, I feel no physical attraction in you. There are moments—when you kissed me the other day was one—when I feel no more than a rock. And yet your caring for me as you do almost overwhelms me. It is so real, and so strange.”

However, she goes on to give him hope of at least her devotion, if not her body, as she signs off with:

“We both of us want a marriage that is a tremendous living thing, always alive, always hot, not dead and easy in parts as most marriages are. We ask a great deal of life, don’t we? Perhaps we shall get it; then, how splendid!”

The pair was married not three months later, etching a permanent place in the often tangled, always intriguing history of literary relationships. 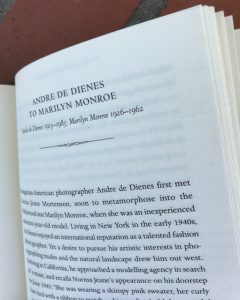 Finally, a word about a lesser known star in the firmament, writing to one whose star shines so brightly that she has achieved mythical goddess status, clearly untethered to this world.

Andre De Dienes was a Hungarian-American whose considerable skills as a photographer could not possibly have matched the dumb blind luck of the fates that brought him into Marilyn Monroe’s orbit in 1945, when she was a not all that callow 19 years old but still named Norma Jean Mortenson. He photographed her in various Southern California locales, then talked her into taking a road trip with him, where they consummated quite a bit more than another batch of fresh photographs.

No fool, he wanted to marry her, with haste, if at all possible, but Norma Jean, never anyone’s fool herself and still not finished legally with her first marriage at age 16, demurred—and then demurred some more. They wound up staying in occasional contact over the subsequent years of multiple marriages for them both, with De Dienes later complaining in the 1960 letter cited in this volume that she had not even mentioned him in a magazine article about her life.

These many years later, it is easy to see De Dienes as the very embodiment not so much of the individual passions and their bearers revealed in this volume, but of the archetypal longings the entire human race carries for the savage beauty and torment, the sacred animal longings of one for another, for the great prize of companionship writ large and deep, whether for the goddess Marilyn or just Plain Jane or Jovial John from the church social, pouring you coffee just so and thus magically, mysteriously, setting off the impossible, uncontrollable imaginings of a heart running wild with desire—whole and enduring and true.

***
Really, there’s only one song that goes with this post—oh, there may be several, hundreds even, but this is the ONE. (Nice treatment by the You Tube creator as well…)

2 comments to Wild With Desire: Eleanor Bass’s “Yours Always: Letters of Longing”