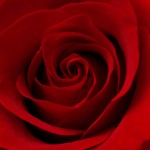 Thirty years ago, the scientist, physician and essayist Lewis Thomas published an essay, Late Night Thoughts on Listening to Mahler’s Ninth Symphony, that concluded his best-selling book by the same name. Just like Mahler’s symphony, the brief (1,200-word) essay had a haunting, luminous quality. The difference was that Thomas juxtaposed Mahler’s themes of human mortality and its attendant melancholy with the sustained buildup of nuclear arms through the height of the Cold War in the 1980s.

Facing personal mortality can of itself entail a kind of somber acceptance and beauty, Thomas suggested, especially when conveyed with the profundity of a great composer writing for an orchestra. But facing mortality in the form of possible annihilation of the human race via nuclear warfare is of an entirely different order, a specter that left Thomas bereft and outraged rather than at peace with humanity’s possible fate.

This isn’t so much about facing death ala Mahler, but about facing the full implications of human tenderness and beauty.

I recalled Thomas’s essay while listening to the Santa Rosa Symphony and guest soloist Olga Kern play some late night music of their own last night with a performance of Sergei Rachmaninoff’s Second Piano Concerto. And I had a few thoughts.

Rachmaninoff wrote this concerto in 1900-01 on the back end of a major depression that followed a disastrous, scathingly reviewed debut of his First Symphony three years earlier.

(One critic wrote the performance “would have brought ecstasy to the inhabitants of Hell.”)

He’d been seeing a psychiatrist, and unlike some artist-therapist encounters that leave the artists free of both their mental malady and the creative tension that often fuels their work, Rachmaninoff seemed to thrive artistically under the care of his doctor. So much so that he produced and then dedicated to him the Second Piano Concerto he wrote amidst his ongoing therapy.

Surely this kind of therapeutic result is worth a thousand referrals and all the commercials one could squeeze onto a month’s worth of daytime television. 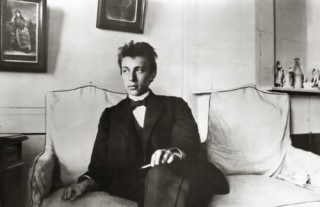 It is difficult to know what demons Rachmaninoff managed to exorcise in his therapy. (He is shown here in his no-doubt less troubled youthful vigor.) But whatever discord he felt holding him back, the word “discord” is so foreign to his music it may as well be in another language. The Second Piano Concerto reflects all of Rachmaninoff’s best and biggest impulses toward lush melody and heart-rending beauty and lyricism. This isn’t so much about facing death ala Mahler, but about facing the full implications of human tenderness and beauty.

With the human heart capable of this—this much sheer loveliness, deep contemplation, soaring beauty, and intimate reflection—what is with our constant fracas and short tempers and rampant oppression and barely functioning civil societies? The question intrudes amidst the aural dreamscapes Rachmaninoff sketches with such sublime power.

Lewis Thomas died in 1993, living long enough to see the fall of the Berlin Wall in the kind of unimaginable historical moment that perhaps helped him inch a bit more willingly toward Rachmaninoff’s vision: that persisting in the creation of beauty may yet save us. (What else would great art be about?)

Since then, the superpowers have managed to actually reduce their nuclear arsenals, though terrorists and dictators with their own visions of how the world should be have been struggling mightily to fill the void.

No one knows our ultimate fate, whether we will perish of our own hand from yet unimagined weaponry or from continued destruction of the environment whose forgiving ways we are taxing as never before. Perhaps robots and worms will be the last things moving. If so, I hope someone has the foresight to program the robots with Rachmaninoff’s music, so if this whole sentient enterprise has to start all over again from the primordial ooze, the worms will make faster progress than we did over the past 400 million or so years.

Virtually every major pianist has taken on Rachmaninoff’s Second Concerto, and some of them have made it to You Tube. Nice rendition below in high def by Anna Fedorova.

An informative study on the emergence of worms from the primordial ooze can be found here: http://www.astrobio.net/pressrelease/3968/roundworms-from-the-primordial-ooze