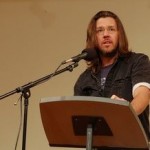 The brilliant and challenging writer David Foster Wallace, gone from the world since his suicide in 2008 at age 46, left behind a critically acclaimed body of work that included short stories, essays, magazine journalism, and three novels. Two of those novels, Infinite Jest (1996) and the posthumously published The Pale King (2012), figure prominently on university reading lists and remain in wide circulation.

But in this digital age, Wallace is likely far better known and more widely seen and heard in his 2005 commencement address at liberal artsy Kenyon College in Ohio, the speech now having been watched hundreds of thousands of times in a variety of iterations on You Tube, and made into a rather remarkable short film (available here).

The speech runs barely over 20 minutes, with its essence boiled down to 10 minutes in the film mentioned above. In it, Wallace makes an impassioned plea for an education that is not so much about filling one’s brain with content, but with freeing oneself from the prison of self-centeredness, from our natural hard-wired tendency to persist in the delusion of:

“…something I tend to be automatically sure of: everything in my own immediate experience supports my deep belief that I am the absolute centre of the universe; the realest, most vivid and important person in existence. We rarely think about this sort of natural, basic self-centerdness because it’s so socially repulsive. But it’s pretty much the same for all of us. It is our default setting, hard-wired into our brains at birth.”

He goes on to warn the fresh-faced senior grads about what likely awaits them out there in the adult world, with far more frequency than they are led to expect by most graduation speeches imploring them to “live their dreams” and triumph over all that might resist them: working deathly hard at white collar jobs 8-10 hours a day, slogging through traffic to get to the “hideously lit” grocery store with its confusing aisles, awful Muzak, long check-out lines, and hordes of dead-eyed other shoppers enduring the same travails as they are, until they fall into bed with a collective whimper and prepare to do it all again early the next morning.

The audience laughs a little nervously at these sections of the speech, the parents all too aware of a certain kind of truth in his description, the grads probably having seen enough of their own parents’ day-to-day lives to know it’s not altogether a sardonic fantasy. (Though it is one they, in their specialness, will of course surely avoid…)

Wallace wishes something else for his audience: not that they accrue marvelous, soul-expanding experiences, but that they seize control of their inner lives in transforming every experience that they come across, however mundane and “unexpansive” it might be.

Maybe hiking the Pacific Crest Trail or riding your bike through the Rockies at 40 or 60 years old, cursing the name of the ex who jilted you, slipping into the tent of the next friendly and available single person pursuing a similar mission of personal expression sans the shackles of 9 to 5 convention?

(Where have you gone, Cheryl Strayed, a nation turns its desperate ears to you…) 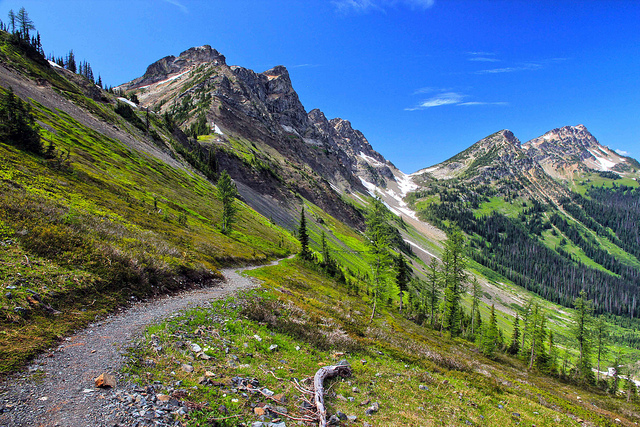 Here is where Wallace goes in the other direction from most commencement speeches and their romanticized appeals to “dream big.” Wallace wishes something else for his audience: not that they accrue marvelous, soul-expanding experiences, but that they seize control of their inner lives in transforming every experience that they come across, however mundane and “unexpansive” it might be when seen from a conventional lens.

In other words, to adopt the widely circulated, vaguely Buddhist self-help maxim, “You can’t control what happens in life, but you can control your response.”

So much easier said and placed on church signs than done, of course. And he mixes it with a powerful call for a downright religious sense of humility and compassion:

“I think this is one part of what teaching me how to think is really supposed to mean. To be just a little less arrogant. To have just a little critical awareness about myself and my certainties. Because a huge percentage of the stuff that I tend to be automatically certain of is, it turns out, totally wrong and deluded. I have learned this the hard way, as I predict you graduates will, too…Most days, if you’re aware enough to give yourself a choice, you can choose to look differently at this fat, dead-eyed, over-made-up lady who just screamed at her kid in the checkout line. Maybe she’s not usually like this. Maybe she’s been up three straight nights holding the hand of a husband who is dying of bone cancer. Or maybe this very lady is the low-wage clerk at the motor vehicle department, who just yesterday helped your spouse resolve a horrific, infuriating, red-tape problem through some small act of bureaucratic kindness. Of course, none of this is likely, but it’s also not impossible. It just depends what you want to consider.”

The message is apt for 22-year-olds, though in truth, they may not be able to appreciate it fully. To truly understand and to begin to live into the virtues of humility and compassion requires, in most people, I think, a Great Disruptor. An untimely death or disease, a soaring-challenging-then-souring-then-redemptive-relationship (even though you went your separate ways…), an exceedingly wise teacher, a book that dumps every one of your previous assumptions upside down and leaves you wrung out and drained of all previous certainties.

(Not-so-simple parenthood can also accomplish all this and more—do I hear an “Amen!” on that from you parents out there?)

All of which leaves the only certainty the profound uncertainty—accompanied by its natural shotgun-riding partner humility—that all wise people harbor in the depth of their souls.

And it is this uncertainty that requires us to constantly adjust and fine-tune what Wallace calls our “perceptual filters,” the lenses through which we see the world and by which we all too often reduce it in the service of intellectual laziness, or a failure of will or nerve to pay close attention to what is in front of us, shorn of our pre-conceived, entrenched notions, the baggage from our childhood, the weight of our ideologies, the unresolved hurts from our past, all the bric-a-brac that consciousness and memory may bequeath to us but which may not, upon further conscious consideration, be quite the gospel that we thought it was.

Unless it is examined, carefully, with courage and the willingness to forget, at least for the moment, all you previously assumed might be true.

“I believe there’s time for meditation/in cathedrals of our own,” sang Billy Joel. May it be so…