The Cynicism of Donald Trump 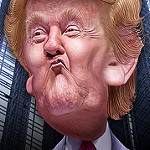 There were some truly extraordinary exchanges in the Republican Party debate earlier this month. To read the full transcript available here is to come to a deep “appreciation” for the circus-like atmosphere that characterizes so much of our politics in this media age.

And make no mistake, that circus is every bit as much (or more) a creation of the modern news industry, with its personality/ratings/polls-driven sensibility, as it is of the candidates. And the candidates have certainly taken notice—every one of them looked to have been schooled and rehearsed to death by their handlers in the fine arts of cliche-mongering, sound bite policy proposals, question-dodging and general fact-twisting bloviation.

That impression only grew for me in reading the debate transcript. One hardly knows where to begin, but let me at least say this: To review Donald Trump’s and Ben Carson’s commentary is to find oneself again wondering aloud, “How, Lord, just how did we come to this?”

Notably, those two, neither of whom has ever held elective office, soared in subsequent polls. The political neophyte neurosurgeon Carson attracted 12 percent of Republican voters in an August 29 Quinnipiac University poll, second only to Trump’s 28 percent. Everyone else trailed far behind at 7 percent and below.

And for better and worse, it was Trump whose demeanor and rhetoric left the most indelible impression and questions about the ultimate outcome of this race. Starting with, “Could he, really?” 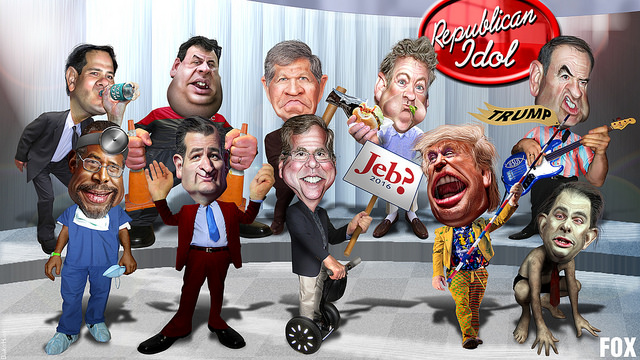 I want to discuss just two matters here, both of which point, I think, to the radical disconnect between what many of Trump’s supporters long for in politicians and what he stands for. Much of Trump’s support comes from members of the fed-up working class who are sick of “politics as usual.” The irony is that what he propounds and even brags about is politics as usual on steroids, fueled by even more than the usual amount of money and cynicism.

As James Surowiecki wrote in the August 10 New Yorker:

“You could not ask for a better illustration of the complexity of ordinary Americans’ attitudes toward class, wealth, and social identity than the fact that a billionaire’s popularity among working-class voters has given him the lead in the race for the Republican Presidential nomination. In a recent Washington Post/ABC poll, Trump was the candidate of choice of a full third of white Republicans with no college education. Working-class voters face stagnant wages and diminished job prospects, and a 2014 poll found that seventy-four per cent of them think “the U.S. economic system generally favors the wealthy.” Why on earth would they support a billionaire?”

It should not go without mention that Trump, who trumpets himself as a successful businessman uniquely qualified to lead the American economy to new heights, frightens the traditional prosperous Republican business class, which tends toward true conservatism and doesn’t much cotton to Trumpian ostentation. Jeb Bush, currently buried deep in the polls, is much more their style, and they rue how Trump complicates their efforts to place a reliable, stable ally in the White House.

Let’s look at the business references Trump made in the debate. Here’s a slightly edited portion of his answers to Fox News anchor Chris Wallace’s question about the four corporate bankruptcy actions he has taken to relieve his company of its debt obligations.

“I have used the laws of this country just like the greatest people that you read about every day in business have used the laws of this country, the chapter laws, to do a great job for my company, for myself, for my employees, for my family, et cetera…I have never gone bankrupt, by the way. I have never…But out of hundreds of deals…Virtually every person that you read about on the front page of the business sections, they’ve used the law. The difference is, when somebody else uses those laws, nobody writes about it. When I use it, they say, ‘Trump, Trump, Trump.’ The fact is, I built a net worth of more than $10 billion. I have a great, great company. I employ thousands of people. And I’m very proud of the job I did. Again, Chris, hundreds and hundreds of deals. Four times, I’ve taken advantage of the laws. And frankly, so has everybody else in my position.”

So: he did a “great job” for his company by stiffing lenders and no doubt a small army of service providers while he continued to “build a net worth of more than $10 billion.”

Parents and teachers will also recognize the latter part of his response: “Johnny and Maggie did it, too!”

Then he turned his argument in this direction:

“Let me just tell you about the lenders. First of all, these lenders aren’t babies. These are total killers. These are not the nice, sweet little people that you think, OK?…You know, I mean you’re living in a world of the make-believe, Chris, you want to know the truth.”

Translation: “These are bad people, cold-blooded shark capitalists just like me. I screwed them before they screwed me; that’s how the game is played. Did I tell you that even with my bankruptcies, I built a net worth of $10 billion? Hahaha!” 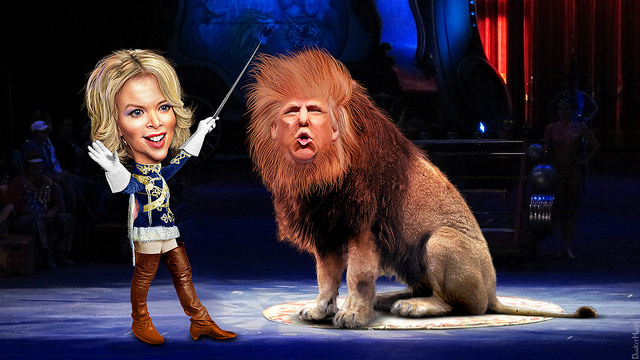 So it is true that he did nothing strictly illegal. But in every ethical system ever devised, “not illegal” is not a synonym for “right,” and rather than express any regret for deals gone bad, lapses in judgment, and wriggling out of his contractual responsibilities to pay back money others had lent him, Trump simply doubles down and proclaims what “killers” his debtors were and how “proud’ he is of the “job” he did.

Having never gone bankrupt, I can’t definitively say how I’d feel in its wake even once, much less four times, but something tells me “proud” would not be uppermost among the adjectives I would be calling upon.

So we must ask: This is a set of values consonant with middle America? A voting block sick of politicians who promise the moon but don’t follow through, that longs for a straight shooter ready to take the country onto the path of honest deals and international dominance that will “Make America great again?”

Trump’s cynicism was even more blatantly on display on the subject of his political contributions. What is one of the main complaints about politics from middle America, both the left and right?

The pernicious influence of money, with politicians in the hip of fat-cat contributors. Those who pay buy influence, and those who don’t are shut out.

Trump promises something different, he claims, because he’s so rich he can’t be bought. Note what he’s not saying: That it’s wrong to buy politicians and have the system work only for the wealthy, and he won’t do it.

That’s not his claim or intention at all. It’s only that he doesn’t need the money. But he does need to buy politicians to do his bidding, so he does. Because he can. 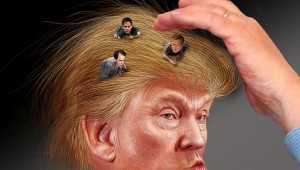 The issue for Trump is not moral but purely practical, a matter of realpolitik. And if we follow its logic we wind up inescapably with this: The only people who can run for and be successful in office are the super wealthy, since they are beyond such trivial matters as padding their campaign coffers by doing the bidding of donors. Let only those run who can finance their own campaigns—the problem of money in politics is solved!

As for buying politicians himself, we were treated to this remarkable, unvarnished exchange with Fox’s Brett Baier:

BAIER: “You’ve also supported a host of other liberal policies. You’ve also donated to several Democratic candidates, Hillary Clinton included, Nancy Pelosi. You explained away those donations saying you did that to get business-related favors. And you said recently, quote, ‘When you give, they do whatever the hell you want them to do.’”

BAEIR: So what specifically did they do?

TRUMP: If I ask them, if I need them, you know, most of the people on this stage I’ve given to, just so you understand, a lot of money. I will tell you that our system is broken. I gave to many people, before this, before two months ago, I was a businessman. I give to everybody. When they call, I give. And do you know what? When I need something from them two years later, three years later, I call them, they are there for me.

Well. This is straight talk, all right. It is straight talk with such breathtaking cynicism that it “honestly” describes participating fully in a dishonest system that Trump claims he himself will not be subject to simply because he has exploited it so well in the past.

The fact that it appeals to hard-working, play-by-the-rules middle Americans, including a sizable portion of evangelical Christians (20 percent of whom expressed support for Trump in a recent poll), is just one more bewildering aspect of a culture that seems intent to keep eating its tail and is then left to wonder why it is feeling flushed and a bit weak in the knees.

“Only dead presidents vote, and they don’t vote for me and you…”

Special thanks to caricature artist DonkeyHotey for all other illustrations on the page, including the one of “lion tamer” Megyn Kelly, the Fox News commentator whose jousts with Trump regarding his attitude toward women comprised another notable portion of the debate. Some rights reserved under Creative Commons licensing, much more of his work in the same vein can be seen at: https://www.flickr.com/photos/donkeyhotey/

6 comments to The Cynicism of Donald Trump