“The House Is on Fire”: Belief vs. Data in the Climate Change Debate 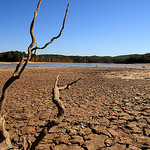 A few months ago, blog reader, longtime friend and PhD scientist/oceanographer Walt McKeown asked me why I hadn’t written anything on climate change, given the clear threat it presents to everything we value in life and, indeed, to life itself on many parts of our globe. I answered that I didn’t feel I had much to add to a topic that has been exhaustively covered by others who have serious credentials in the matter.

So it is with some irony that I note recent comments by Senator Marco Rubio and others of similar bent who acknowledge they have no credentials or training in the matter either. Nevertheless, they freely dispense their opinions and “beliefs” on it, and then, to add injury to insult, actually have and use their legislative power to bend policy to suit those “beliefs.”

On one side of the debate about whether human activity is the chief cause of climate change stand educated, trained, expert scientists whose approach to all their work can be framed in four words: “Look at the data.”

Among them, a variety of studies over the years show an overwhelming scientific consensus that human activity is a fundamental cause of global warming, with the obvious imperative that we do something about it—preferably starting 10 or 20 years ago, but at least tomorrow if we can manage it.

On the other side, a few scientists, many of those, as some studies have shown, representing the oil and gas industries. And the likes of Senator Rubio, who recently told ABC News: “I do not believe that human activity is causing these dramatic changes to our climate the way these scientists are portraying it.”

Simply framed, we see on one side: Data on which overwhelming scientific consensus is based.

On the other: Belief.

So when exactly did the latter supplant the former in shaping public policy on anything, much less on matters in which the fate of the earth is at serious issue? 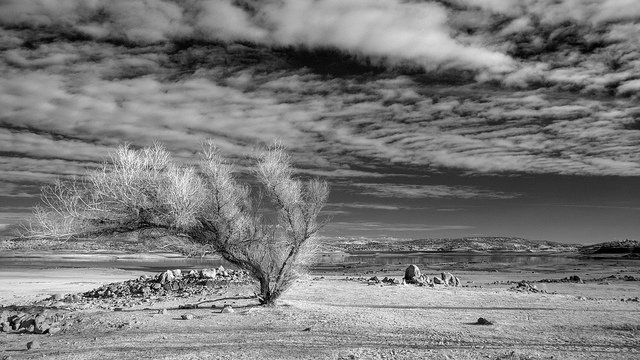 The tragedy is that public debate on global warming tends to offer competing narratives in which “belief” and “data” are given equal weight. Inexpert politicians are not so much given as they simply take equal footing on matters they know next to nothing about, yet they cede no authority or power to those who do. So while scientists the world over sound the alarm, Senators Rubio, Inhofe, Paul, et al respond: “Sorry. I choose not to believe you based on…my belief.”

It is a kind of strange application of religious conviction, a “belief” unsupported by data, masked as a policy analysis.

In contrast, we will see below a rational, penetrating application of a theological imperative to this issue without intruding theology into the science. I am going to turn the rest of this space over to Reverend Marilyn Sewell, former pastor of the First Unitarian Church of Portland, Oregon. Sewell is now a writer and speaker who has gone all in on the climate issue and expresses it in a blog post originally published in the Huffington Post on July 23, 2014.

As apropos to her areas of expertise, she leaves the data-driven conclusions of science to scientists, and then speaks to their religious implications for people of faith from her own sphere of expertise and passion.

The house is on fire—this is what climate scientists have been telling us for over 20 years. We don’t want to hear them. Some people say the droughts and fires and storms are nothing unusual—weather has always been unpredictable, and warming has occurred in other eras. Other people say that technology will save us—engineers and scientists will fix the problem. Still others say that they are more concerned about matters closer to home—like getting a job or an education or health insurance, or all three.

When I talk with educated and politically active individuals about global warming, they mostly go silent. They are giving up hope. I asked a poet friend of mine if she thinks we will be able to change our ways in time. She shook her head sadly and said, “Humans are a very flawed species.”

We live in a democracy, a system which ultimately will respond to pressure from the people. But humans are hard-wired to respond most passionately to problems that affect them currently, not those that affect future generations. How much pain do we have to experience before we are willing to push our representatives in Congress to act? 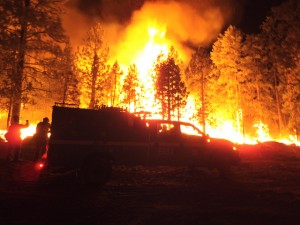 Here in Oregon the farmers in Klamath County don’t have water for their crops. The land has suffered from the Western drought which continues to threaten the nation’s food supply. Surface temperatures have run 10 to 20° higher than the long-term average, and crops require much more water than in the past, draining the groundwater and pushing up energy costs. Last year more than half the counties in our country were designated national drought disaster areas.

The increase we have seen in droughts and fires and floods and storms is not an anomaly—it is the new normal. The damage already done cannot be turned. The ominous changes in our environment will be in place for at least 1,000 years, say the climate scientists. We must adapt.

I care about gay marriage. Gun control looms large in my thinking. But such concerns shrivel in importance when I consider the fact that our planet may soon no longer sustain life as we know it.

No one will escape harm, for we are interdependent—we all need food and water and protection from the elements. However, those of us who live in the most verdant areas and those of us who have financial resources will not receive the brunt of the changes, at least initially. The suffering will be most acute among poor people living in low-lying island nations and on eroding coastlines. Food shortages and infectious diseases will rise in underdeveloped nations, and waves of refugees will leave, trying to survive. Conflict will break out over scarce resources. Economies will be threatened, causing states to fail.

The crisis of global warming is the great granddaddy of all cultural crises. I care about gay marriage. Gun control looms large in my thinking. But such concerns shrivel in importance when I consider the fact that our planet may soon no longer sustain life as we know it.

Composting food scraps or driving a Prius doesn’t really make any practical difference at this point in time. The solution, if we are to find one, will be policy change at the national level. We have to act now, and change must be mandated. Most activists think that a carbon tax would be the most effective response. If the United States leads, other nations may very well follow.

So where is the parish church in all of this? Mostly silent, it seems. Churches continue to be concerned with individual sin as opposed to systemic sin, even in regard to climate change. Congregants may be admonished to recycle and change their light bulbs, but not to become politically active. The fact is we’re way beyond changing our light bulbs. We need to bring that unhappy, startling truth to the pulpits of our land.

If there’s any issue we could come together on, it seems this would be the one, for our actions will determine the future of the earth and the fate of our children and that of our children’s children. Churches are not allowed to support individual candidates, lest we lose our tax-exempt status. But we can and must address moral issues, and there is no greater moral issue facing us than climate change. There never has been, and there never will be.

We who call ourselves religious, of whatever faith, of whatever tradition, whether conservative or liberal, will be called to account by our God and by future generations. Our children will ask us what we were thinking when the world began to burn. How will we answer them?

Whether threshold or precipice, it is good to have great music accompanying us.

Photo near top of page by Global Water Partnership, some rights reserved under Creative Commons licensing, see more at: https://www.flickr.com/photos/globalwaterpartnership/

30 comments to “The House Is on Fire”: Belief vs. Data in the Climate Change Debate