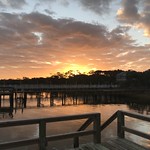 And I’m not talking about an investment of dollars, though that will be huge and important.

But the emotional investment, the commitment to do good, be kind, model civility, respect others, believe in and speak the truth, fight hard but fair, love your neighbor: all of those are infinitely more important—and in some ways a greater mountain to climb.

And they all begin and are reinforced with words.

Not that words alone are enough. Action must eventually follow and match up, however imperfectly, with what we express. But the words, and what they convey to listeners in both content and tone, are the starting point, the baseline, of civil (which is to say, “functional”) society.

We are living in a time of national fracture perhaps not seen since the Civil War, with some elements in our society very much wishing and preparing for that. Healing that rift, to the degree it is even possible, will require tenacity and grace, forgiveness and rectitude, steadiness of heart and steeliness of will.

In that quest, words matter perhaps as never before, and the symbols and rituals we saw supporting those words today stand as a beacon and guidepost for how we might proceed.

Politics need not be a raging fire destroying everything in its path. Every disagreement doesn’t have to be a cause for total war. And, we must reject a culture in which facts themselves are manipulated and even manufactured. My fellow Americans, we have to be different than this. 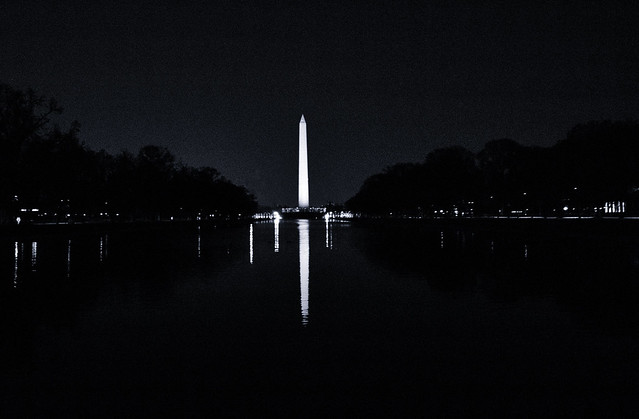 All of President Biden’s words are available here, in all their carefully crafted inspiration. By his actions and graceful bearing through an excruciating, unprecedented time, he has shown himself to be a man of both kindness and conviction, part of that conviction being to lead always with a generous, understanding heart.

Also huge: Mike Pence’s attendance. Say what you will about his previous four years (and there is plenty to say), he was finally there last week, finally halting and refusing to cross a fateful bridge. And he was there again today. He showed up. In his term’s final chapter, he bowed to his country rather than a person, standing as a symbol of order, embracing, at long last, the decent and true.

We can do this if we open our souls instead of hardening our hearts. If we show a little tolerance and humility. If we’re willing to stand in the other person’s shoes just for a moment. Because here is the thing about life: There is no accounting for what fate will deal you. There are some days when we need a hand. There are other days when we’re called on to lend one. That is how we must be with one another..

Bigger still: Kamala Harris and Doug Emhoff formally accompanying Pence and his wife Karen down the Capitol steps after the festivities ended, exchanging warm words, even laughter, waiting as the Pences completed their descent of the stairs and drove off in their waiting limousine, the new Second Couple waving from above.

These brief moments bespeaking the peaceful transfer of power; the small rituals and common courtesies that sustain so much else…

And oh, that Lady Gaga! A star for all time, embracing the national anthem, taking in those words, making them her own, ours. All of ours.

Big, too: Garth Brooks and “Amazing Grace.” Not because he outshone Gaga or anyone else, but because he was invited, and he came, and he sang, a Republican country music boy in a cowboy hat, signaling to a whole other side of the America we all live in. Inclusiveness—a Biden administration theme, no? Words followed through to action.

Here we stand, where 108 years ago at another inaugural, thousands of protestors tried to block brave women from marching for the right to vote. Today, we mark the swearing-in of the first woman in American history elected to national office: Vice President Kamala Harris. Don’t tell me things can’t change.

Amanda Gorman needn’t yet be a great or mature poet to move a nation. In the right moment, with the right bearing and verve, as an achingly rich symbol of just how far America has come, her words hit a home run measured in miles rather than feet. A self-described “skinny black girl dreaming about becoming president.” Could it be so? I seem to recall a skinny black boy from the recent past who dared to dream the same, whose words also moved the world…

And, in my first act as President, I would like to ask you to join me in a moment of silent prayer to remember all those we lost this past year to the pandemic. To those 400,000 fellow Americans—mothers and fathers, husbands and wives, sons and daughters, friends, neighbors, and co-workers. We will honor them by becoming the people and nation we know we can and should be.

So much else, but let us rest for the moment, wearily content and forward-looking from this momentous day, inviting not President Biden but one of his spiritual predecessors, the prophet Isaiah, offering similar balm in these closing words :

As the rain and the snow
come down from heaven,
and do not return to it
without watering the earth
and making it bud and flourish,
so that it yields seed for the sower and bread for the eater,
so is my word that goes out from my mouth:
It will not return to me empty,
but will accomplish what I desire
and achieve the purpose for which I sent it.

How about another look and listen?

12 comments to Words As Balm: The Joe Biden Inauguration