Onwards to 2016 With “Gratitude” for Oliver Sacks 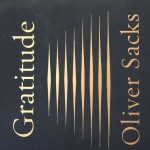 Every passing year sees the passing of more people from our lives. Whether from death, ruptured or merely faded relationship, or the loss of the person we once knew because dementia has robbed him or her of that cherished personhood, we come to the final days of a year and amid our looks back, as joyous as some of them might be, we are also reminded of loss.

As an additional reminder, news programs highlight the more prominent people who have died, displaying a list of names and faces as the year’s final credits roll.

Among those names this year, and prominent indeed on my list: Oliver Sacks.

Author of startlingly original works such as Awakenings and The Man Who Mistook His Wife for a Hat, Sacks was a neurologist, professor, writer, thinker, ruminator, and possessor of endless curiosity and a puckish humor. He lived fully through his 82 years, wanting more but settling gracefully for what he got, finally felled by a cancer that had assaulted him nine years earlier but had given him a long reprieve.

He wrote about its metastatic return and his terminal diagnosis this past February in an op-ed for the New York Times, then followed it up with two more typically eloquent essays, one on the periodic table and the last a reflection on the Sabbath, which appeared just two weeks before he died on August 30.

Recently, his publisher packaged these three reflections along with a fourth written in 2013 on the element mercury (number 80, which Sacks connected to his 80th birthday that year), in a slim volume called “Gratitude.” Though none of the essays address that as a primary theme, gratitude percolates throughout the 45 pages of these meditations from one of the most delightful minds of his generation.

In “My Own Life,” he lays out the situation about as forthrightly as possible:

“I feel grateful that I have been granted nine years of good health and productivity since the original diagnosis, but now I am face to face with dying. The cancer occupies a third of my liver, and though its advance may be slowed, this particular sort of cancer cannot be halted. It is up to me now to choose how to live out the months that remain to me. I have to live in the richest, deepest, most productive way I can.” 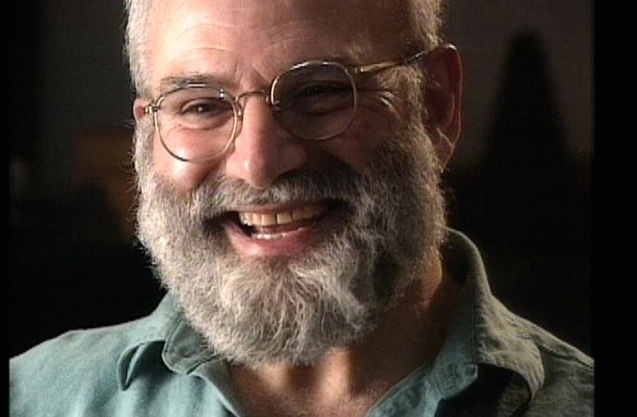 And of course, therein lies a rub which Dr. Sacks would himself no doubt muse over, very likely chuckling throughout: Why wouldn’t we feel compelled and driven to live in “the richest, deepest, most productive way” we can all the time, even prior to a terminal diagnosis? Even lacking that diagnosis, we are all, indeed, dying, all of us terminal, the universe having placed a stamp upon our mortal lives, exact day unknown to us, a sell-by date when the entropy and decay comes to its final and natural denouement, and we breathe our last.

Past a certain age, we carry this knowledge around with us even as we go about our lives as if they will last forever—or at least until that kid gets grown and settled, or the retirement delivers some long-delayed gratification, or the Cubs finally get to the damn World Series again.

Fortunately—and joyously—Sacks did, from all indications, live a good part of his life “richly, deeply, and productively.” His own testimony helps here as he quotes and praises the philosopher David Hume living life to the fullest in the late 1800s, with Hume writing:

“I am …a man of mild dispositions, of command of temper, of an open, social, and cheerful humour, capable of attachment, but little susceptible of enmity, and of great moderation in all my passions.”

Sacks admires Hume’s practical and cheerful bent, but then adds this:

“Here I depart from Hume. While I have enjoyed loving relationships and friendships and have no real enmities, I cannot say (nor would anyone who knows me say) that I am a man of mild dispositions. On the contrary, I am a man of vehement disposition, with violent enthusiasms, and extreme immoderation in all my passions.”

Oh Ollie, I hardly knew ye. But I wish I would have. We could have gotten immoderate together this very New Year’s Eve, joined in the “violent enthusiasms” of conversation, conviviality, maybe a cocktail or two, and the gratitude that can sometimes overflow every container  I have ever tried to place it in, and which looks to have overflowed your own to the very end of your days.

I don’t think I’ve ever heard a bad version of this, but Sinead O‘Connor’s compels the attention in a different kind of way…

Gratitude to all those who have checked in on and interacted with this blog’s Facebook page this year, where daily snippets of wisdom and other musings from the world’s great thinkers and artists are accompanied by lovely photography. http://www.facebook.com/TraversingBlog

Deep gratitude to photographer Elizabeth Haslam, whose photos grace the rotating banner at the top of this page. Some rights reserved under Creative Commons licensing, see more at: https://www.flickr.com/photos/lizhaslam/

3 comments to Onwards to 2016 With “Gratitude” for Oliver Sacks