Running From Fear: Islamic Jihad and the Purported Doom of America 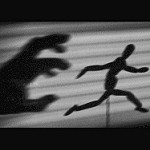 Watching the entirety of the Republican presidential debate Wednesday night and then reading the transcript the next morning, I felt compelled to check my passport and a calendar to make sure I’m not living in Poland in 1939, right after Hitler’s armies moved in with their tanks, robbing us of our sovereignty and destroying our way of life.

To hear the candidates tell it, we have never lived in more perilous times, nor has our country ever been in as sad-sack shape as we are now under the craven and cowardly leadership of President Obama.

Ben Carson: “We need to be on a war footing. We need to understand that our nation is in grave danger.”

Jeb Bush: “We need to restore the defense cuts of Barack Obama to rebuild our military, to destroy ISIS before it destroys us.”

Chris Christie: “We have people across this country who are scared to death…If a center for the developmentally disabled in San Bernardino, California, is now a target for terrorists, that means everywhere in America is a target for these terrorists.”

Marco Rubio: “This is not just the most capable, it is the most sophisticated terror threat we have ever faced.”

Donald Trump: “Look, look, look. We need a toughness. We need strength. We’re not respected, you know, as a nation anymore. We don’t have that level of respect that we need. And if we don’t get it back fast, we’re just going to go weaker, weaker and just disintegrate.”

I couldn’t help but think of the Wicked Witch of the West as I pondered Trump’s “disintegration” motif. “Help, help, I’m melting!” 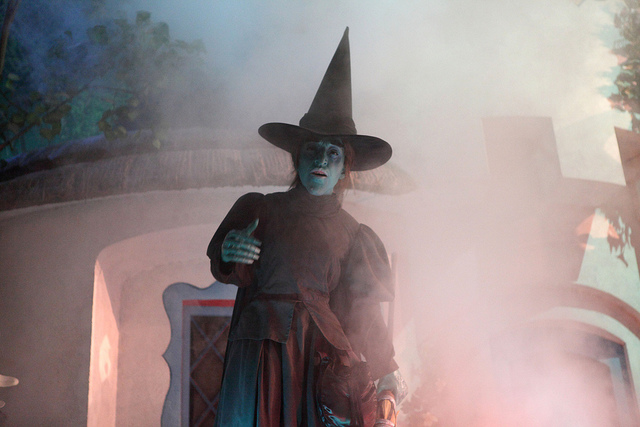 I realize that a certain amount of this is standard issue: the party out of power is driven to paint a portrait of incipient doom if those misguided dunderheads in the opposite party are allowed to continue driving the country to ruin.

But there are darker, more ominous undercurrents here as well, and they are driven by perceptions of the latest “threat” to our way of life as exemplified by the recent massacre in San Bernardino. And as horrifying as that was, with its backdrop of jihadist bombings, gun massacres and beheadings, we would do well to note a few things in their wake while taking a deep collective breath as a nation.

In truth, given our situation as the ocean-bounded, preeminent military and economic power in the world, we enjoy a security unknown to most other nations in history.

Are ISIS and Al-Qaeda and the whole phenomenon of extremist Islamic terrorism a cause for concern on the international stage? Without a doubt.

But is our nation in “grave danger?” Does Islamic jihad have the ability to “destroy us?”

Should we all be “scared to death” at the prospect of our “disintegration?”

This is callow nonsense in every way imaginable, unworthy of any nation or people who aspire to be beacons of hope and assurance to a world that sorely needs both. In truth, given our situation as the ocean-bounded, preeminent military and economic power in the world, we enjoy a security unknown to most other nations in history.

The pronouncements of doom exemplified above bring to mind a statesman of a bygone time who wove together both a diagnosis and a prescription for the national malady of the Great Depression in 1933: “The only thing we have to fear is fear itself.”

That line from Franklin Delano Roosevelt’s First Inaugural Address is worth quoting in its greater context here, because it perfectly captures the sense of sobriety, moral purpose, aspiration and perspective so often lacking in modern political discourse. Here’s the entire first paragraph of the address, from which its most famous line above is lifted:

“I am certain that my fellow Americans expect that on my induction into the Presidency I will address them with a candor and a decision which the present situation of our people impel. This is preeminently the time to speak the truth, the whole truth, frankly and boldly. Nor need we shrink from honestly facing conditions in our country today. This great Nation will endure as it has endured, will revive and will prosper. So, first of all, let me assert my firm belief that the only thing we have to fear is fear itself—nameless, unreasoning, unjustified terror which paralyzes needed efforts to convert retreat into advance. In every dark hour of our national life a leadership of frankness and vigor has met with that understanding and support of the people themselves which is essential to victory. I am convinced that you will again give that support to leadership in these critical days.”

Notice how he follows up the “fear of fear itself ” line with sentiments almost tailor-cut for today, when grave pronouncements about the ability of a distant army’s terrorists to “destroy” us serve as campaign fodder to have candidates for the presidency proposing the curtailment of fundamental civil liberties. “Nameless, unreasoning, unjustified terror which paralyzes needed efforts to convert retreat into advance” about says it all in these clamorous times.

We lost nearly 3,000 Americans in the Twin Towers bombing by radical jihadists. Another 14 died in San Bernardino.

Every one of those represents a tragedy of epic proportions, most obviously to the victims, but also to their families who will be scarred by those losses till the end of their days.

But it should also be said that such a death count represents a bad month in the aftermath of the Iraq War. A bad hour or so at Gettysburg.

Ongoing danger and carnage hitch along with human history, meriting a line or two on every page, but they have never—and still don’t today—dominate that page, much less a chapter or entire book. Because in between the dark pronouncements of politicians doing everything possible to fan the flames of hysteria, here we are: 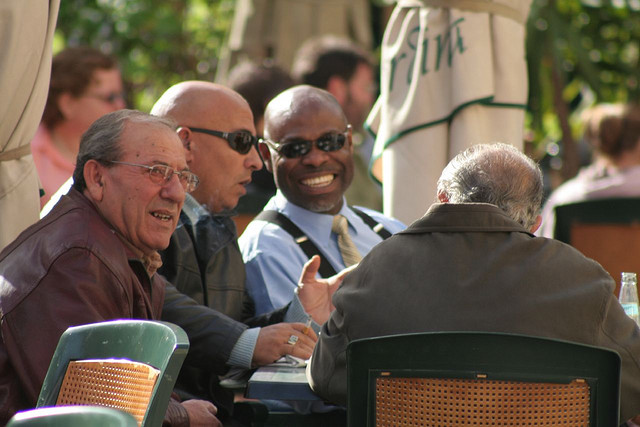 Sitting in cafes merrily laughing with each other just this morning.

Beholding the antics of our toddlers and bemoaning those of our teens.

Trying to figure out the gap between our and our bank’s reporting of our checkbook balance.

In other (and so many more) words: life, being lived, as if we’re banking on it still being here tomorrow, in all its complexity, craziness, inherent danger…and defiant joy.

The fifth speaker said
Hope. Hope for the best
A smooth folder in a steel file.

Got another five minutes? Do your part to support the best kind of mobs, forever claiming and reclaiming our public spaces by enjoying this…

Ongoing appreciation to the photographers:

Wicked witch of the West photo from the Great Movie Ride at Disney’s Hollywood Studios by Sam Howzit, some rights reserved under Creative Commons licensing, see more at: https://www.flickr.com/photos/aloha75/

7 comments to Running From Fear: Islamic Jihad and the Purported Doom of America